Ladakh MP Jamyang Tsering Namgyal In Lok Sabha: The One Speech In Parliament Today That You Should Know 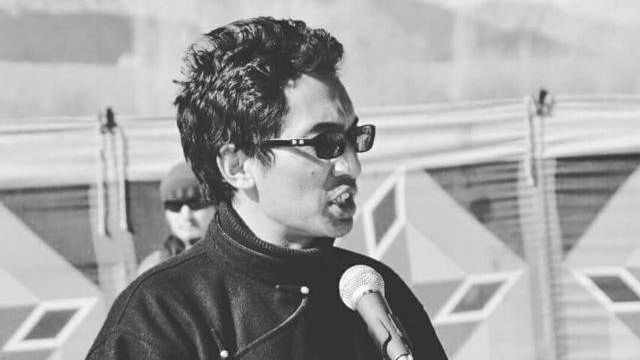 Jamyang Tsering Namgyal, the MP from Ladakh. (via Twitter)

Member of Parliament from Ladakh Jamyang Tsering Namgyal gave a rousing speech in the favour of the state’s bifurcation for which the NDA government has moved the Jammu and Kashmir (J&K) Reorganisation Bill, 2019 in the Parliament.

Beginning with the historical discrimination and injustice meted out to the Ladakh, Namgyal remembered Jawahar Lal Nehru’s speech in which he had claimed that ‘not even a blade of grass’ grows in the area occupied by China and hence it was insignificant.

He said that Ladakh had been struggling to be independent of Kashmiri misrule since the last 70 years and had made several requests to various governments to be freed in any form possible, as a separate political entity from Jammu and Kashmir state.

Being under Kashmiri rule has led to the disappearance of the region’s identity, language and political aspirations and the region’s development had suffered at the hands of the two ruling parties, Mufti family-led PDP and the Abdullah family-led National Conference. Namgyal also held Article 370 and the Congress party responsible for this.

He further added that Ladakh had been willing making sacrifices for the country since the last 70 years and that only two families will lose their business post the changes in the bill. He said that except the people led by these two parties, all other organisations and people especially from Jammu and Ladakh had been demanding UT status for a long time.

Namgyal then asked the Kashmiri MP Hasnain Masoodi to maintain his calm as he was getting aggressive as the speech progressed. He further reminded him of how the PDP and NC leadership had strangulated democracy within their parties for long.

He narrated an incident when both the parties had fired their Ladakh district presidents through press releases from the valley, as they had signed a memorandum supporting the UT status for Ladakh.

He also brought attention to the fact that the J&K governments led by the two parties always demanded funds from the Centre staking claim to the three regions, Jammu, Kashmir and Ladakh but the funds invariably made way only to Kashmir, while the other two regions suffered.

To this, he said that while the Kashmir region had several universities to its name, Ladakh had been deprived of even one higher education institute until PM Modi assumed prime ministership.

Then, he questioned the Kashmiri representation of the entire state. He asked Kashmiri leaders as to how Kashmir, that lacked a script, to begin with, had been recognised as a language of the 8th schedule while Ladakh’s language Boti had failed to gain any recognition even within the state.

Namgyal’s next point, on secularism espoused by the two parties, hit another raw nerve. He said that the proportion of Buddhists in the state was constantly on the decline in Ladakh and pointed to a conspiracy by the parties to change the region’s demographics. He said that autonomy under Article 370 was being used to finish off Buddhism in Ladakh.

He also said that the article had allowed Kashmiri Muslims to drive out Kashmiri Pandits from there homes, and the article hence needed to go.

He further said that the two families- the Muftis and the Abdullahs, did not ‘govern’ but ‘ruled’ the state as their personal fiefdoms. Namgyal said that they applied ‘divide and rule’ policies to keep the aspirations of people in check.

He also stressed that the Kashmiri leaders were trying to spread misinformation in the country that Kargil was opposing the bill. He said that he is the chosen representative of the people and knew of the ground reality in the area. He added that it is about time that Ladakh spoke up for its rights.

He also informed the house of how the two Kashmiri parties regularly boycotted Panchayat election the state, disallowing the people political representation, but never missed any assembly or Lok Sabha or other similar elections when their political position was under threat.

At the end of the speech, Namgyal told the house that the two parties cannot be a solution to the issue of integration of J&K into India, as they are part of the problem themselves.

Namgyal’s speech received rousing applause from the house, with even the Lok Sabha speaker Om Birla noting how well-spoken the young MP was. Union minister Smriti Irani rose from her seat to congratulate the MP as the speech commenced.