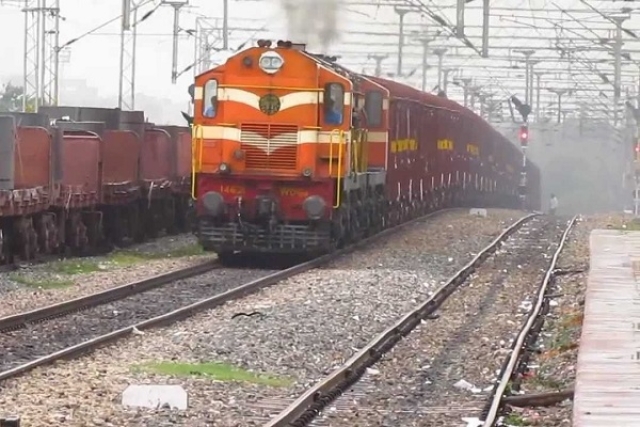 Despite coronavirus-related challenges, Indian Railways has made a "remarkable turnaround” of 13.54 per cent in its freight revenue earnings in September this year as compared to the same period last year, an indication that the Indian economy is on the recovery path.

“In spite of these challenging times, Indian Railways has taken many initiatives for business development and a lot of initiatives were taken to boost freight loading and the result has come in the month of September," Railway Board chairman V K Yadav said.

Braving the Covid-19 pandemic, the railways continued with the freight service while curtailing the passenger trains to a great extent.

"It clearly indicates that Indian economy is recovering and the economic activities are really improving,” Yadav said.

Asked whether the railways would meet the budgeted target in the goods segment in the current fiscal, he said freight loading is going up and it would be more than the last year.

Loading would be more than 1,200 MT this time and there is no doubt about it, Yadav added.

It is the first time that the railways in the month of September particularly has surpassed the mark of 100 million tonnes loading.

Talking of possible future growth, Yadav said the draft of national rail plan is ready now, and the final plan is expected to be published soon.

"It is being envisaged that in 2030, out of the 3,200 MT loading, 1,400 MT will be coal, which is less than 50 per cent," said Yadav, indicating that he expects a variety of goods to be included in the railways' freight basket.

The railways maintains that trends in freight traffic reflect the broad trends of economic turnaround as almost all commodities have shown positive growth in September, and that gives a good indication of revival of the Indian economy in general and rail freight in particular.

According to the railways, freight movements will be institutionalised and incorporated in the upcoming zero-based timetable.

In order to attract more loadings, a number of concessions/discounts are being given to make freight rate very attractive.

Besides, the railways have undertaken a slew of efforts like formation of business development units at zonal levels, running specialised parcels and kisan trains.

While the third kisan rail from Bengaluru to Hazrat Nizamuddin started on 19 September after Devlali-Muzaffarpur and Anantapur-Adarsh Nagar Kisan rail, one more kisan rail is in the pipeline between Nagpur and Delhi.

With record freight performance, it seems, Covid-19 situation has been used by Indian Railways as an opportunity to improve all round efficiency and performances.