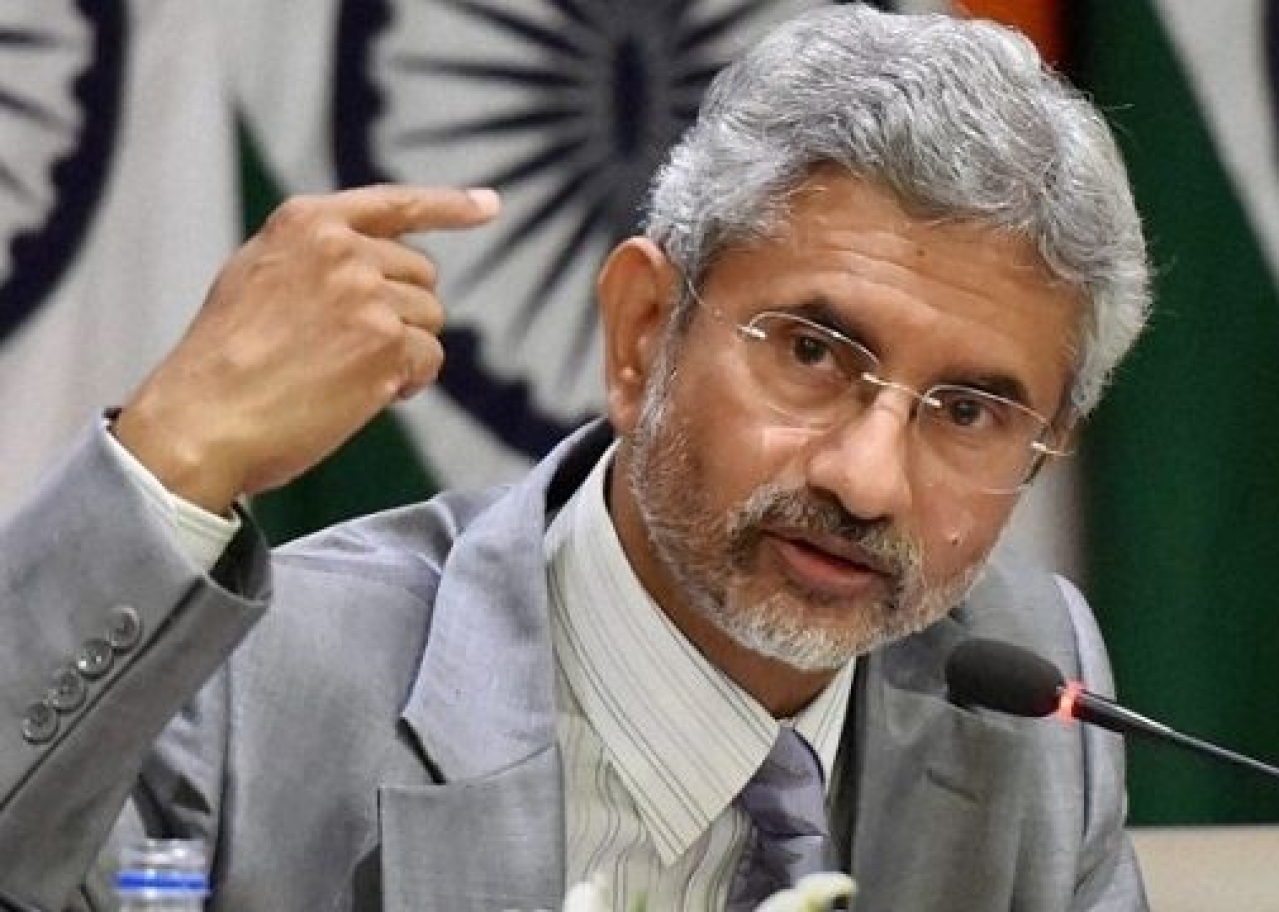 After the historic move to abrogate special status of the state of Jammu and Kashmir, India moved to a diplomatic offensive, briefing different countries, including the P5 about its decision.

India informed that the proposals regarding Kashmir are internal to India, and are aimed at providing good governance, promoting social justice and ensuring economic development in Jammu and Kashmir.

The envoys the five permanent members of the UN Security Council – China, France, Russia, the US and the UK – were briefed on developments related to Kashmir by foreign secretary Vijay Gokhale, while the envoys of other countries were briefed by secretaries of the external affairs ministry looking after territorial divisions.

While Pakistan upped the ante on Kashmir and tried to muster support of different nations, including Islamic countries, the global response to the abrogation of Article 370 by Indian government remains relatively subdued. Here is a list of the reactions of different countries to the decision.

Foreign Ministry spokesman Abbas Mousavi said Iran “is closely monitoring the Indian government’s recent decisions on Jammu and Kashmir, and is carefully listening to the explanations provided by the Indian and Pakistani officials for the recent developments”.

“Iran expects India and Pakistan, as its regional friends and partners, to take effective steps to serve the interests of people of the region by adopting peaceful approaches and dialogue,” he said in statements cited by Iran’s Tasnim news agency.

Pakistan on Monday said it “strongly condemns and rejects the announcements made today by the Indian government." The part of the state in Indian control “is an internationally recognized disputed territory," it said.

“No unilateral step by the government of India can change this disputed status, as enshrined in the UNSC resolutions. Nor will this ever be acceptable to the people of Jammu and Kashmir and Pakistan," the statement said.

“As a party to this international dispute, Pakistan will exercise all possible options to counter the illegal steps."

“Pakistan reaffirms its abiding commitment to the Kashmir cause and its political, diplomatic and moral support to the people of Occupied Jammu and Kashmir for the realization of their inalienable right to self-determination," it added.

On Tuesday, China voiced "serious concern" over the Kashmir situation and stressed that Kashmir is "a legacy of history between India and Pakistan". Beijing also said that New Delhi should avoid actions to "unilaterally change the status quo" of the state, and termed the decision to reorganise Ladakh as a union territory as "unacceptable".

He said that de-escalating tension between Islamabad and New Delhi would be beneficial for the entire region, and hoped that both Pakistan and India would "take a suitable decision for the betterment of the Kashmiri people".

He said that being a permanent member of the United Nations Security Council, China had special responsibilities in connection with restoration of peace and stability in the region.

UAE has come out in support of India’s decision to abrogate the special status accorded to the state of Jammu and Kashmir.

Dr Ahmad Al Banna, the UAE ambassador to India commented that the reorganisation of states is not a unique incident in the history of independent India and that it was mainly aimed at reducing regional disparity and improving efficiency.

He said that the latest decision related to the state of Jammu and Kashmir as an internal matter as stipulated by the Indian Constitution.

"We are following with concern the tense situation in the region...We urge all parties to exercise restraint," Secretary General Antonio Guterres's spokesperson Stephane Dujarric said on Monday. He declined to comment on claims that scrapping of Jammu and Kashmir's special status by India is in violation of the Security Council resolutions, reiterating only that the UN chief is following the developments in the region with concern

OIC has issued a statement saying it "strongly condemns" the recent developments in Jammu and Kashmir, including the detention of Kashmiri leaders including former chief ministers Omar Abdullah and Mehbooba Mufti.

"The OIC reiterates its call upon the international community to rise up to its responsibility for the peaceful resolution of Jammu and Kashmir dispute through the democratic method of a free and impartial plebiscite in accordance with relevant UN Security Council resolutions."

Bangladesh has said that Revocation of Art 370 for Jammu and Kashmir is an internal matter of India and they have no right to say anything about other's domestic affairs. Speaking at a function in Dhaka today, Road Transport and Bridges Minister and the ruling Awami League General Secretary Obaidul Qader said that Bangladesh does not make comments on a neighbour's internal issues.

The Maldives has termed India's decision to scrap Article 370 of the Constitution as an internal matter of New Delhi. In a statement, the Government of Maldives said, it believes that it is the right of every sovereign nation to amend their law as required.

He tweeted, “I understand Ladakh will finally become a Union Territory. With over 70 per cent Buddhist it will be the first Indian state with a Buddhist majority. The creation of Ladakh and the consequential restructuring are India's internal matters. I have visited Ladakh and it is worth a visit."

US didn’t make a direct comment on abrogation of A370, and instead called for all parties to exercise restraint. It also refuted news reports that India had informed the US prior to revoking the special status of Jammu and Kashmir.

"We continue to be concerned by reports of detentions and the continued restrictions on the residents of Jammu and Kashmir," the State Department spokesperson said.

"We urge respect for individual rights, compliance with legal procedures, and inclusive dialogue with those affected." The US, the spokesperson said, calls on all parties to maintain peace and stability along the Line of Control, including "taking firm and resolute steps" to combat cross-border terrorism.

"We continue to support direct dialogue between India and Pakistan on Kashmir and other issues of concern," a US State Department spokeswoman said on Wednesday.

The British Parliament remained divided over the issue and British MPs expressed both "grave concern" and "strong support" over the abrogation of Article 370 by Modi government.

"We are following developments closely and support calls for the situation to remain calm," said a Foreign and Commonwealth Office (FCO) spokesperson on Tuesday.

The Kingdom of Saudi Arabia said that it is following up the current situation in Jammu and Kashmir resulting from India's abolition of Article 370 of the Constitution, which guarantees the autonomy of Jammu and Kashmir.

While expressing its concern over the latest developments, the Kingdom affirms that the settlement of the conflict is through peaceful settlement in accordance with the relevant international resolutions, and calls on the parties concerned to maintain peace and stability in the region and to take into account the interests of the people of the region.

“We are concerned that the annulment of Article 370 of the Constitution of India on 5 August 2019 which accords a special status to Jammu-Kashmir could further increase existing tensions,” the Turkish Foreign Ministry said on 5 August.

Turkey is ready to contribute to efforts to reduce tensions in the region if the parties agree, the statement stressed.

“We sincerely hope for the resolution of the problem through dialogue and within the framework of the relevant UN resolutions by observing the legitimate interests of all people of Jammu-Kashmir as well as Pakistan and India,” it added.

After Pakistani Prime Minister Imran Khan spoke to his Malaysian counterpart Mahathir Mohamad about India’s move to abrogate the special status granted to Jammu and Kashmir, the country released a statement on Tuesday

“Malaysia is monitoring the situation in Jammu and Kashmir. Malaysia has close and friendly relations with both India and Pakistan,” Malaysian Foreign Ministry said.

"Malaysia encourages the two close neighbors to re-engage in dialogue and negotiations with a view to de-escalate the on-going situation and finding an amicable solution," the statement added.