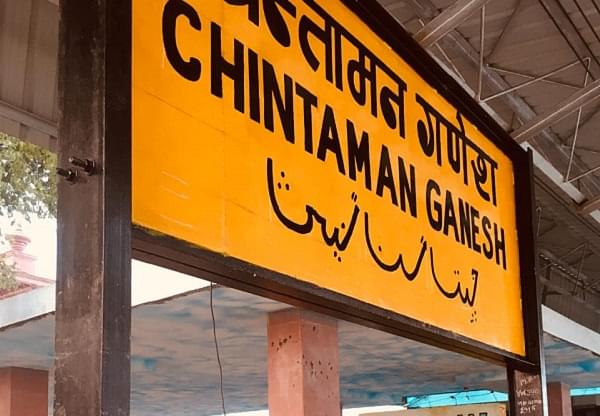 The Hindu guru said it is just a start and demanded Indian Railways to remove names written in Urdu from the signboards of railways stations named after Hindu gods and goddesses.

The Railways built Chintaman Ganesh station six km from Ujjain along the route connecting Indore and Ujjain with Fatehabad. It has been named after the area’s famous Chintaman Ganesh temple, reports Hindustan Times.

“The name was written in Urdu by mistake due to some communication gap. We have rectified our mistake by removing the name with yellow colour paint,” said Jitendra Kumar, railways public relations officer.

“The signboards are to inform people or appease people. Why were the railways’ officials so adamant to write the name in Urdu? They just want to appease a section of people. They should respect the demand of saints,” said Madhya Pradesh BJP spokesman Rajnesh Agrawal.

This decision was taken as per provisions of the Railway Manual, which says that names of the railway stations should be written in Hindi, English and in the second language of the state.

In 2010, the Uttarakhand government had become the first state in the country to give Sanskrit the status of second official language.