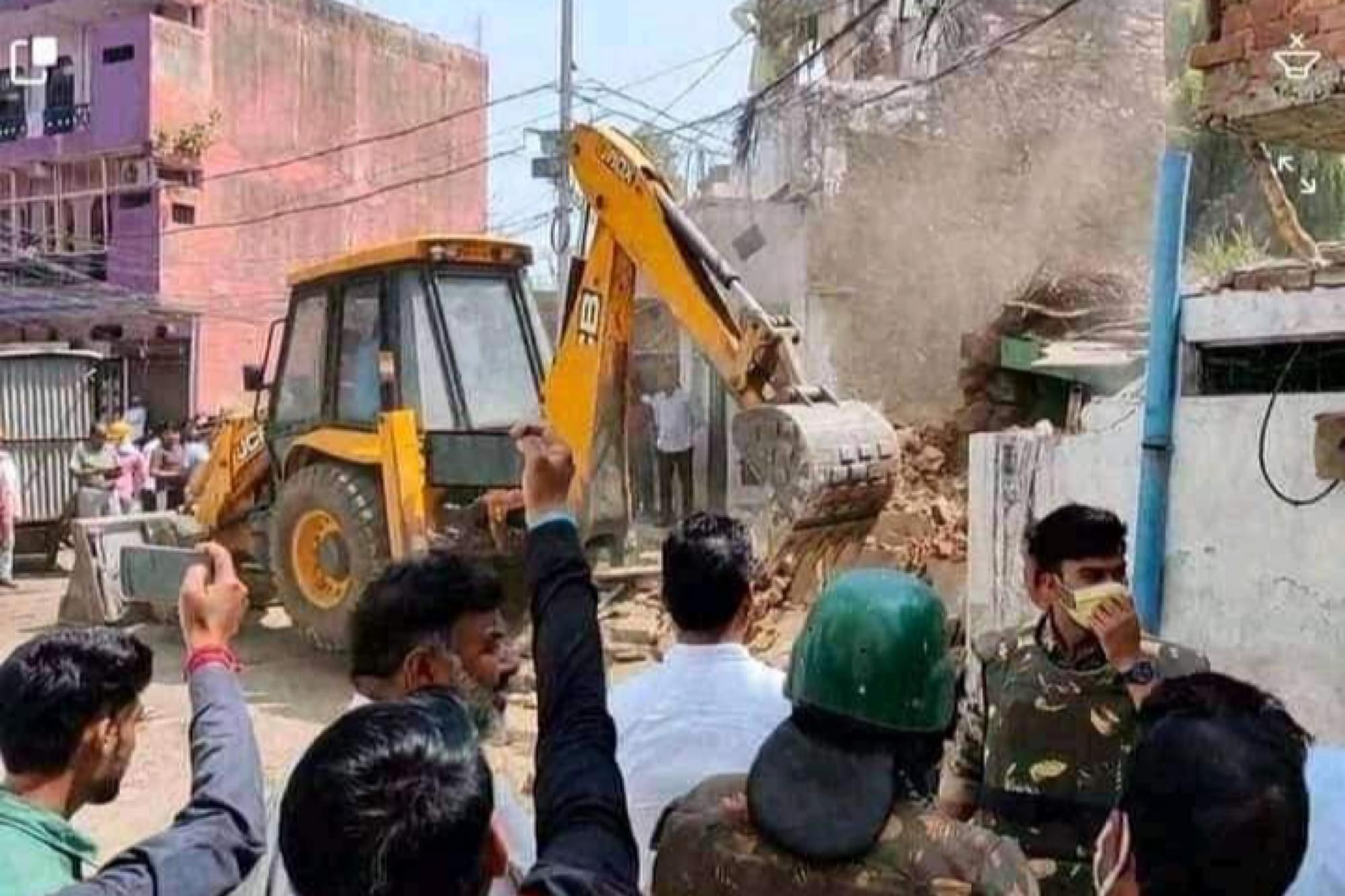 Along the lines of Uttar Pradesh’s chief minister Yogi Adityanath who has earned the moniker ‘Bulldozer Baba’, Madhya Pradesh CM Shivraj Singh Chouhan too is taking the bulldozer route against criminals.

Within two days, the MP government has demolished properties of criminals involved in two separate crimes at different locations.

The first case is from Sheopur district where a tribal minor girl was gangraped by three men. After their arrest, the district administration demolished their houses saying that those were illegally constructed over government land.

The second case is from Raisen district where a tribal boy was killed by a mob after a scuffle broke out between two groups on the night of Shab-e-Barat. After arrests of some accused, the district administration called bulldozers and demolished the properties belonging to their families.

After these back-to-back incidents, CM Shivraj Singh Chouhan, who is commonly referred to as ‘Mama’ by residents of the state, is now being called ‘Bulldozer Mama’ on social media.

The incident of gangrape of the 15-year-old girl took place on 17 March, which was the day of Holi (not to be confused with Dulhendi which fell on 18 March when people played with colours).

Swarajya has accessed the first information report (FIR) in the case which was registered on 17 March at Sheopur Dehat Police Station (number 66/2022).

Additionally, section 3(2)(va) and 3(1)(w)(i) of the Scheduled Castes and the Scheduled Tribes (Prevention of Atrocities) Act, 1989 (commonly known as SC-ST Act) have been invoked against them.

The complainant is the victim herself. In her statement recorded in the FIR, the girl has said that she is a student of Class 12 and a resident of Karnal Tehsil in Bargawan area.

On the morning of Holi, she started off for Sheopur where her uncle lives as she wanted to celebrate the day there. Sheopur is around 60 kilometres from where the girl‘s family lives.

She was with her friends Raju and Sunil (both tribal youths) when their motorcycle got punctured. While Sunil took the vehicle for repair, the girl and Raju began to walk through Kali Talai forest.

There, three men stopped them and asked them about their whereabouts. One of them directed the other man saying ‘you take the girl somewhere’. The man took her to a nearby place and raped her. A little later, another man came and raped her. Then, the third man arrived at the spot and raped her.

The three men said they were Muslims from Basapura and there would be consequences if the two informed anyone about the incident. As they talked to each other, the girl picked up their names as Mohsin, Riyaz and Shahbaz.

The girl, in her statement, has further said that she can identity the culprits by their faces and because she scratched their bodies with her nails, they can be identified easily from the marks.

This correspondent called the girl’s family on 20 March. The girl answered the phone. She said that to meet her uncle, she boarded a bus from her village, but changed her mind midway and decided to call her friend Raju so she could go to her destination on his motorcycle. Raju arrived with his friend, Sunil.

After their vehicle got punctured, Raju and she headed into the forest to sit by a beautiful spot which Raju knew about, she said.

When Mohsin, Riyaz and Shahbaz arrived at the spot, they asked them if they were a romantic couple.

Despite her protests, Mohsin separated her from Raju and took her to a secluded spot. He took off his pants. She cried for help, but to no avail. He undressed her hurriedly and was violent on her body. When she protested, Mohsin slapped her. She said the other two men did the same to her.

This correspondent called up the station in-charge of Sheopur Dehat police station, Hitgopal Yadav. He confirmed that the three accused had been arrested after the girl identified them.

He said that the minor went through a medical test on the day of the FIR itself, and samples have been sent for the DNA test.

SHO Yadav, who is also investigating officer in the case, further said that the next day, that is on 18 March, the girl recorded her statement in front of the magistrate under section 164 of the CrPC.

Asked if there was any provision in the law to bulldoze an accused’s property, Yadav said that the media should not relate the act of the criminals with the bulldozing of their properties.

He said that the demolition drive was a “separate” one and was carried out by the district administration under its “anti mafia campaign”. He said that all the three accused were living in houses illegally built on government land.

The officer added that the gangrape case would run in a fast-track court and the police would present the case diary within a week.

Contrary to the police, District collector Shivam Verma has openly called the demolition as action against rapists.

On his verified Twitter account by the name @Collectorsheop1, Verma posted on 20 March that on the orders of chief minister Shivraj Singh Chouhan, the district administration had razed the properties of the three accused under their anti-mafia campaign as the houses had been illegally constructed after encroaching government's land.

In another tweet, Verma wrote that bulldozers were run on the houses of gangrape accused.

Local media has reported that all the three accused used to work as construction labourers, locally called ‘hammal’ (whose who carry loads). The district administration has cancelled their licenses so they can no longer work as hammal.

This correspondent talked to a local tribal activist, Manoj Soni. He said that he was in full support of the actions taken by the government.

He said that the girl belongs to a financially lower middle-class family and does not carry a mobile phone. He said that he, along with many activists, staged a protest outside the police station on the day of the crime.

He said that in the coming days, he also handed a memorandum to the chief minister’s office, demanding strict action against the culprits.

Notably, the Madhya Pradesh government has been running its ‘anti-mafia campaign’ since October 2021, where properties belonging to criminals and built illegally are being demolished.

On 18 March, that is the day when people played with colours, some tribals and Muslims clashed in Khamariya village of MP’s Raisen district. While both sides later filed cases against each other as being the original perpetrators, a youth named Raju Adivasi was killed in the clashes.

On 19 March, CM Chouhan posted on his verified Twitter account that he had met the injured in the clashes and no perpetrator would go scot-free. He said that the government would bear all the expenses of the treatment.

The CM has also announced a grant of Rs 5 lakh to the family of the deceased, Raju Adivasi, and Rs 2 lakh each to two others who were seriously injured, namely Hari Singh and Ramji Bhai.

Local media have posted visuals of houses of some accused in the Raisen clashes being demolished. However, the names of the accused have not been made public yet.

(This report has been edited by Swati Goel Sharma).