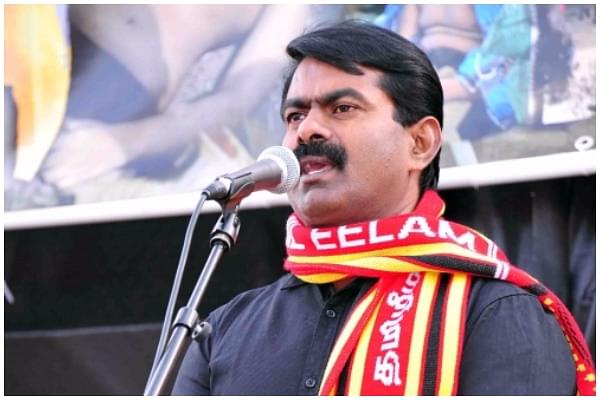 The 12 were taken into custody by the Malaysian police after it found huge amounts of money being transferred to their accounts on 11 and 13 October this year.

The arrests of these dozen people have also turned the spotlight on Tamil Nadu actor-director-turned politician Senthamizh Seeman (popularly known as Seeman), who has founded the Naam Tamilar Katchi (We Are Tamils Party) or NTK.

Incidentally, NTK played spoilsport in the elections to the Lok Sabha and byelections to Tamil Nadu Assembly by splitting votes that could have normally gone to the ruling All India Anna Dravida Munnetra Kazhagam.

According to Ayob Khan, E8 is investigating Seeman’s role in channelling funds to the LTTE or promoting the banned organisation.

Seeman has been visiting Malaysia quite often in recent times, and the E8 deputy chief said the Tamil Nadu politician would be banned from entering Malaysia if investigations reveal that he has links with the LTTE.

"Seeman has entered Malaysia numerous times to meet politicians. But we will probe and see what his role is in getting funds for the LTTE or promoting the terror group,” Ayob Khan said.

Malaysian Tamils say Seeman’s entry into Malaysia has been ruled out by E8 investigations.

Seeman, addressing various meetings in Tamil Nadu, has boasted of his close links with the LTTE and friendship with its chief Velupillai Prabhakaran, who was killed by the Sri Lankan army’s fight to finish in 2009.

During the byelections to the Vikravandi Assembly constituency in Tamil Nadu last month, the NTK founder justified the assassination of the late Rajiv Gandhi by the LTTE. He also derided the Indian Army for its intervention in the Sri Lankan civil war during 1987-1990.

A case has been filed against Seeman for the speech by the Tamil Nadu police. There are quite a few cases against him for his making provocative speeches in Tamil Nadu in the garb of praising the LTTE.

The Malaysian police action comes as no surprise given Seeman’s support and claims of links to the LTTE.

Investigations against those detained for alleged LTTE links in Malaysia are at a preliminary stage.

Ayob Khan told the media that the bank accounts and recipients of the funds were vital clues in the E8 probe on the intrusion of LTTE elements into Malaysia.

Though the transactions took place within Malaysia, E8 is not ruling out transactions being carried out globally. Ayob Khan said it was an offence to finance or help terrorism groups by transferring funds in Malaysia.

Even those who donated 100 Malaysian ringgit (approximately Rs 1,700) were detained. The Malaysian police concern is that non-governmental organisations (NGOs) with branches across their country have been actively getting funds for LTTE-related activities.

Malaysia believes that efforts are on to revive the banned organisation and its authorities point out how several NGOs collected money and channelled it to the LTTE between 1980s and 2009, when the organisation was wiped out of Sri Lanka.

Several persons with links to the LTTE have been arrested in the past, besides its leaders in Malaysia. In the 1990s, Kuala Lumpur had even seized a ship at Penang carrying weapons for LTTE fighters.

However, Sri Lankan Tamils are scrutinised and questioned by Malaysian police, especially if they happen to be relatives of those who had links with the LTTE.

Malaysia says its laws are clear: there is a world of difference between sympathising with the plight of Sri Lankan Tamils and funding a banned organisation such as the LTTE, which is an offence.