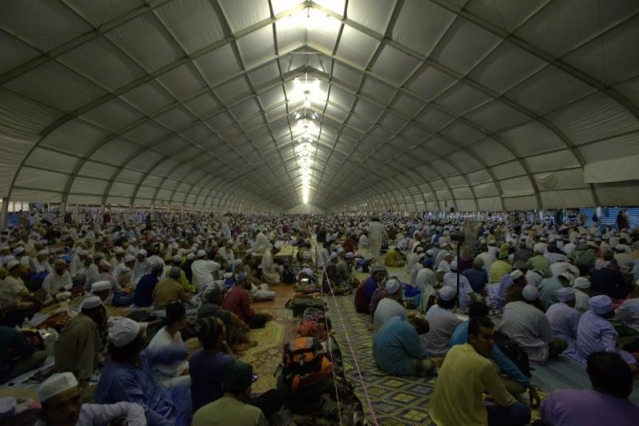 Malaysia reported this week that 673 persons in the South-East Asian nation had tested positive for Covid-19.

It has also reported the death of two persons since Tuesday.

One of them is a 34-year-old person whose infection has been traced to a gathering from where two-thirds of Covid-19 positive cases have been reported from Malaysia.

The gathering, called ‘Ijtimak Tabligh’, has an Indian link to it.

The 34-year-old deceased person was among the followers of the Tablighi Jamaat, members of which gathered at a mosque in Sri Petaling, Kuala Lumpur, between 27 February and 1 March.

Over 15,000 are reported to have taken part in the gathering where the followers slept in packed tents.

They had also gathered inside the mosque, praying on mats, and it is feared that coronavirus had passed unnoticed among them during the gathering.

The Tablighi Jamaat, which means the Society for Spreading Faith, originated from Mewat in Haryana 94 years ago.

It was founded by Muhammad Ilyas Kandhlawi, who got the inspiration to form the group during his second visit to Mecca, in 1926.

An offshoot of the Deobandi movement, the Tablighi Jamaat claims to be an apolitical organisation, urging Muslims to return to practicing their religion as it was done during the Prophet’s time.

The Jamaat developed wings in 1946, spreading to South Asian regions such as Pakistan and Bangladesh, which has the most number of followers.

The Tablighi Jamaat spread fast in Indonesia and Malaysia during the 1970s and 1980s.

In particular, the Jamaat made an impact on workers in the industrial zones of federal States such as Johor, Selangor, Penang and Perak in Malaysia in the 1980s.

In the 1990s, the Malaysian federal State of Malacca banned the Tablighi Jamaat activities on the grounds that it was “detrimental to the well-being of one’s family” as the breadwinner goes on months of retreat for Tabligh activities.

According to the Ministry of Health, Malaysia, nearly 5,000 individuals who took part in the Tabligh gathering at the Seri Petaling mosque, Selangor, have been identified and over 3,000 have been sent to health clinics for further examination.

A total of 1,634 individuals were found to have respiratory tract infection symptoms and samples have been taken for COVID-19 tests.

Among them, 137 were referred to hospitals for further treatment, while the remaining 2,932 individuals have been placed under 14-day home surveillance.

Approximately 1,500 persons from countries such as India, Canada, Nigeria, Australia, Cambodia, China, Brunei, Thailand, Singapore and South Korea were part of the gathering.

Some 750 people who attended the event from Vietnam and Indonesia are being tested for Covid-19.

While the holding of the retreat when the virus was spreading has been criticised, one of the attendees told the media that they were not worried about the pandemic since the situation during the event appeared to be in control.

It is reported that the participants took shuttle buses to sleep at other venues, held each other’s hands during prayer, rubbed shoulder-to-shoulder and shared food.

Of more concern is that some of those who were part of the gathering have refused to undergo tests, saying God will protect them.

There is no confirmation yet if those who attended the event are among the stranded Indians in Kuala Lumpur or have already arrived in the country.

So far, nearly two lakh people have tested positive for Covid-19 globally, with the virus claiming nearly 8,000 lives across the world.

Nearly 83,000 of those who tested positive have recovered, leaving about 1.08 lakh active cases totally.