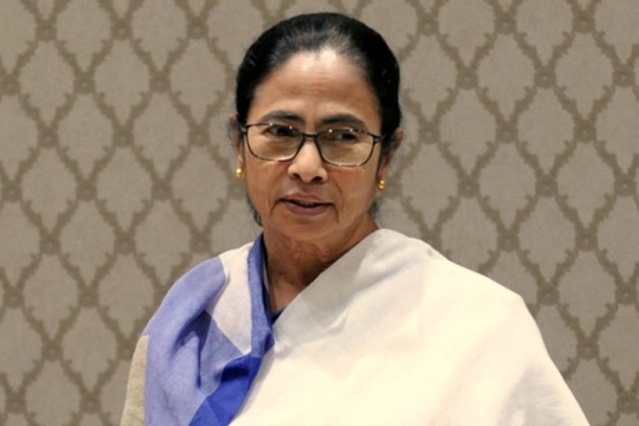 Bengal Chief Minister Mamata Banerjee admitted on Wednesday that “corruption in Bengal was only 10 per cent”, triggering derision and condemnation in equal measure.

Speaking at an official function, Banerjee chose to make a political speech and hit back at the opposition parties which have highlighted corruption and nepotism in distribution of official relief for victims of cyclone Amphan.

Rattled by the widespread public protests against corruption by Trinamool functionaries who have siphoned off relief meant for the cyclone-affected, Banerjee said: “In other states, the rate of corruption is 90 per cent. It is 10 per cent here”.

The Chief Minister said that her party functionaries who have pocketed relief funds were being asked to return the money and many have done so already. She added that some of them had even been suspended from the party.

Banerjee also accused the opposition parties of “blowing up the issue” and staging agitations against the widespread anomalies in relief distribution.

“The irregularities took place only in a small fraction of places. Good work was done in the rest of the areas. Corruption is rampant in other parties. When the Communist Party of India (Marxist) was in power every panchayat in Bengal was involved in corruption,” Banerjee said.

The Chief Minister claimed that she had been able to “cut corruption by 90 per cent”. “It (corruption) is now 10:90 in our state while it is 90:10 in many other states,” she said. She, of course, did not provide any evidence to back her claim.

The Chief Minister’s statement drew sharp reactions from opposition parties. “Everyone knows Trinamool has institutionalised corruption. The party is involved in the chit fund scams and various other such scams, in running extortion rackets and in taking ‘cut money’ for everything is well known,” said CPI(M) MLA Sujan Chakraborty.

Chakraborty, who is the leader of the Left Front in the state assembly, demanded that Mamata Banerjee provide proof of her allegations about corruption under the Left Front government or take back her charges.

“None of the commissions of inquiry she set up to probe allegations of corruption during the Left Front governments have come up with anything,” he noted.

BJP state chief Dilip Ghosh termed Banerjee’s statement “pathetic and shameful”. “She has admitted that there is corruption in Bengal. She should now own moral responsibility for this and step down immediately,” he said.

“If she is serious about checking corruption among her partymen, why has she not asked police to file charges against them? Simply asking them to return the relief money they have pocketed is not enough. Suspending them from the party is also just an eyewash,” said Ghosh.

According to the state’s estimates, 28.6 lakh houses had suffered damage or been destroyed by the cyclone that wrecked vast swathes of south Bengal on 20 May. The state government had sanctioned Rs 20,000 for each affected household and on 2 June, Banerjee said the relief amount has been transferred to the accounts of nearly 5 lakh people.

The gram panchayats in the cyclone affected areas had been asked to prepare lists of those whose houses were damaged or destroyed by the cyclone. It turned out that the lists had names of many Trinamool functionaries whose houses were not affected, or even bogus names.

Almost all the gram panchayats are run by the Trinamool. Large scale protests were seen all over rural Bengal when people got to know that Trinamool functionaries had pocketed relief money.

During the lockdown period, Trinamool functionaries were accused of siphoning off foodgrains meant for the poor. Protests were witnessed at that time too, and the Trinamool earned for itself the ignominious sobriquet of chal chor (rice thief).