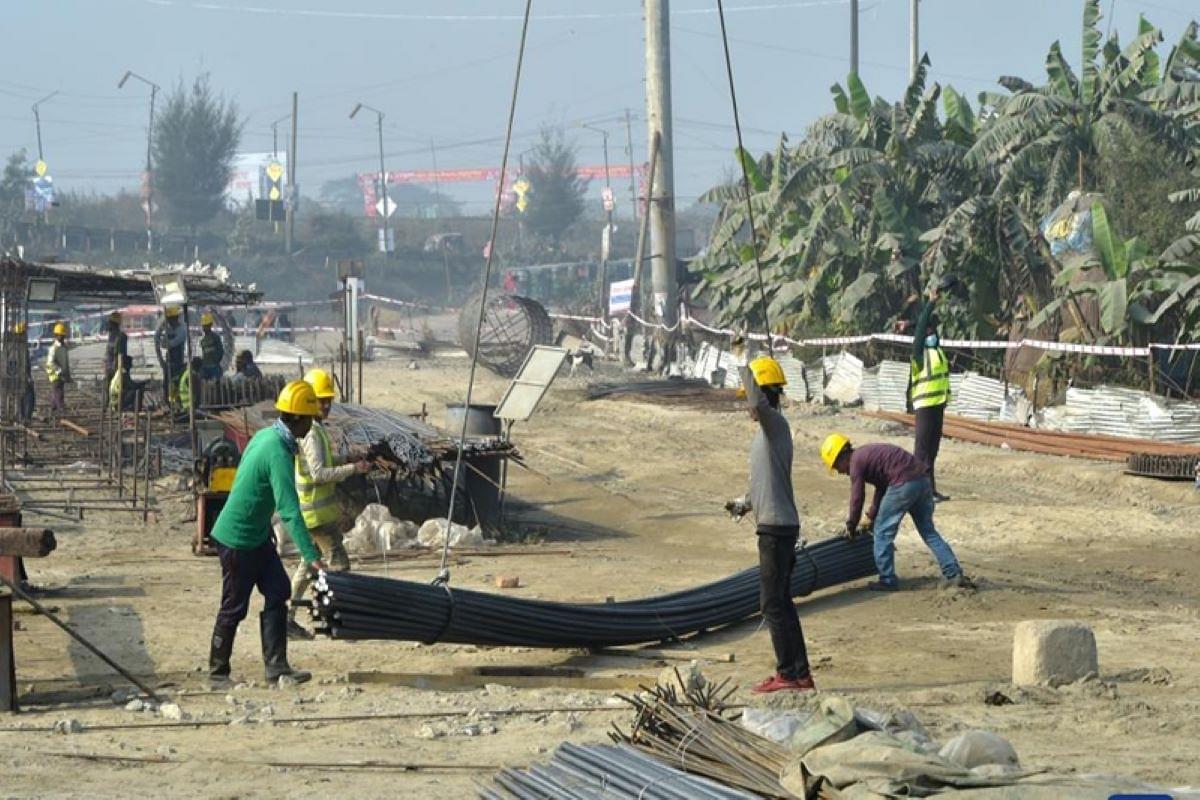 The upgraded highway, which is being executed at an overall cost of Rs 2832 crores, will serve as a strategic corridor for freight movement linking the country's manufacturing hub to the north of Dhaka with the centre of shipping activity at the port of Chattogram in the south. Once the project is completed, buses, trucks and other vehicles will be able to easily travel from northern and western parts of the country to eastern and southern parts without entering Dhaka city.

Nearly 1,000 local people are working -- a number set to double -- alongside the Chinese staff.

A report in leading Bangladeshi publication Daily Star highlighted the multiple challenges in getting the project off the ground.

In 2012, the county's Cabinet Committee on Economic Affairs gave in principle approval to the project to be implemented under PPP.

In 2017, the Roads and Highways Department (RHD) under the Ministry of Road Transport of Bangladesh, conducted a two-stage bidding process for implementing the project. The Chinese-Bangladeshi consortium was identified as the preferred bidder through a technical and financial evaluation.

The PPP agreement of the project was signed in December 2018 between the RHD and the consortium. Under the agreement, the road authority undertook the responsibility for land acquisition, resettlement and shift utility lines while the consortium will finance, build, operate and maintain the road for a concession period of 25 years.

The original deadline of the project was June 2020 and the cost for upgrading the Dhaka Bypass was estimated to be Rs.2638.44 crores.

Due to a new land acquisition law passed by the government that came into force in 2017, the compensation that needed to offered to the owners of the land acquired as part of the project tripled. This escalated the project cost significantly

The RHD has reportedly acquired most of the land required for the project.

The Global Times quoted Yang Jian, a project manager working in Bangladesh, as saying that 70 percent of the initial work had been completed. "The bridge pile foundation is 50 percent completed. "In 2024, we will complete the whole expressway," he said.