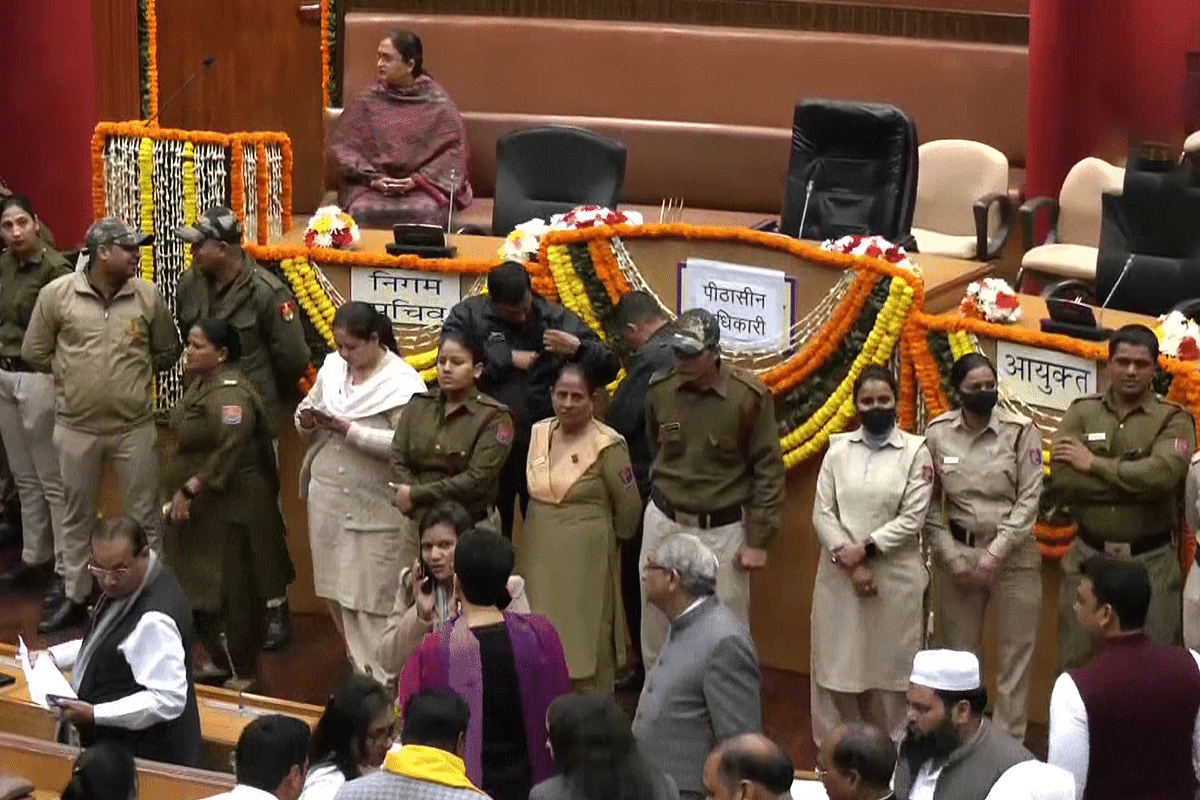 On 24th January, the Municipal Corporation of Delhi (MCD) House reconvened to administer oath to the aldermen and the newly elected councillors. The proterm Presiding Officer, Satya Sharma, administered the oath to the nominated members, amidst loud protests by the AAP councillors.

This follows the inaugural meeting of the newly elected MCD House, held on January 6th, which was adjourned without electing a mayor or deputy mayor due to violent ruckus created by the AAP councillors over the decision to administer the oath to the 10 aldermen first.

In today's session, a larger number of civil defense personnel, including women members, and marshals were deployed to avoid a similar violent outburst by the elected councillors. However, despite the increased security measures, the session was once again marred by chaos and disruption as the two sides indulged in verbal clashes and sloganeering.

In the second round of business, the House was scheduled to elect the new Mayor and Deputy Mayor. However, the proceedings were interrupted as the AAP councillors protested the participation of aldermen in the voting process. This led to the BJP councillors raising slogans against the AAP leaders.

The clashes and disruptions led to the House being adjourned sine die, once again delaying the mayoral elections indefinitely.

The AAP, however, sat on dharna outside the House demanding mayoral elections.