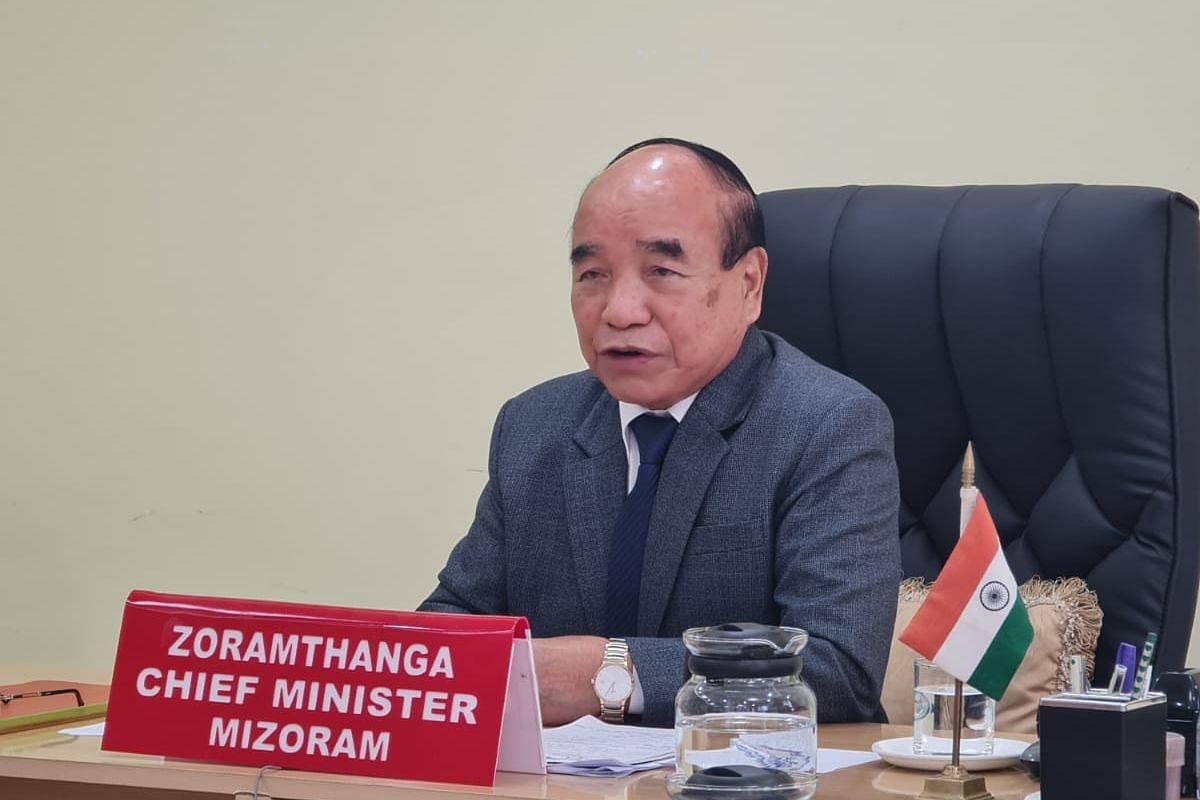 Mizoram has asked the union government to revoke the appointment of senior IAS officer Renu Sharma as the Chief Secretary of the state since she doesn’t speak or understand Mizo.

Mizoram Chief Minister Zoramthanga has written to Union Home Minister Amit Shah requesting him to cancel the appointment of Sharma, an officer belonging to the AGMUT cadre, as the state Chief Secretary.

“The Mizo people, by and large, do not understand Hindi, and none of my cabinet ministers understand Hindi; some of them even have problems with the English language. A Chief Secretary without the knowledge of a working standard Mizo language (si) will never be an effective and efficient Chief Secretary,” Zoramthanga said in his letter to Shah.

The problem arose after the retirement of Lalnunmawia Chuaungo, a Gujarat cadre IAS officer who was on inter-cadre deputation to Mizoram, as the state Chief Secretary on October 31. The state government named J.C Ramthanga, a Mizo IAS officer belonging to the Manipur cadre (who is also on inter-cadre deputation to Mizoram) as Chuaungo’s successor.

But the centre unilaterally appointed Sharma as the new Chief Secretary, reportedly without consulting the state government. Sharma belongs to a cadre of all-India service officers called AGMUT, which stands for ‘Arunachal Pradesh, Goa, Mizoram and other Union Territories’.

Arunachal Pradesh, Goa, Mizoram and Delhi were Union Territories (UTs) earlier and officers of the AGMUT cadre continue to serve in these states, as well as the current UTs of Andaman & Nicobar Islands, Dadra and Nagar Haveli, Daman and Diu, Lakshadweep and Puducherry.

Sharma had earlier served in Mizoram as the commissioner and secretary in the finance and general administration departments between June 2011 and August 2012. She was again transferred to Mizoram in 2016 and posted as principal secretary in the state home and personnel and administrative reforms department. The soft-spoken and affable officer had cordial relations with the Mizos during her previous stint, according to this report in EastMojo, a leading news portal of the North East.

The union government’s unilateral appointment of Sharma as Mizoram Chief Secretary is said to be a clear violation of the MHA’s own guidelines on transfer and posting of AGMUT cadre officers. Para 9 of the guideline mentions that “the Chief Secretary and the senior most police officer in a state may be decided with the approval of the Union Home Minister in consultation with the Chief Minister of the concerned state”.

But CM Zoramthanga was never consulted. The norm is that the MHA suggests a panel of three names to the CM, and the latter has to communicate his choice to New Delhi within 15 days.

Zoramthanga, in his letter to Shah said: “It is a well known fact that in other states of India, a Chief Secretary who does not know even the basic working language of the respective state is never posted at all,” the CM said in his letter.

Zoramthanga also contended that the ruling Mizo National Front (MNF)--the party he heads--has been a steadfast ally of the BJP in the North East Democratic Alliance. And unlike other regional parties, the MNF has never aligned itself with the Congress or ditched the BJP.

“I am the only one in the whole of North East who have been a faithful partner of NEDA from the beginning up to this time,” said the CM in support of his request to make a special consideration for his faithful friendship with NDA and revoke Sharma’s appointment.

He added in his letter that the Congress and other parties would mock him for his “faithfulness” to the BJP-led NDA if his request was not accepted.

According to latest reports, Union Home Secretary Ajay Bhalla spoke to Zoramthanga over phone and discussed this issue Wednesday (10 November). Details of the discussion were, however, not available.