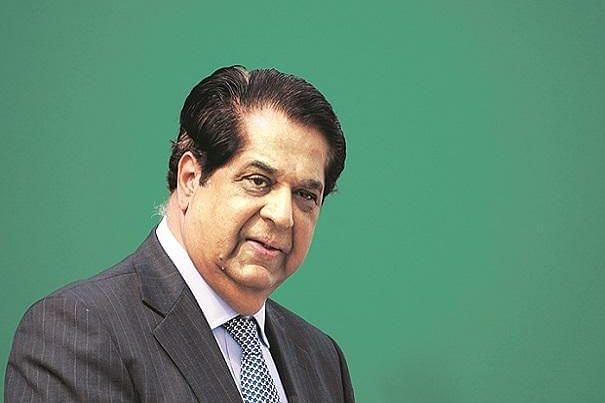 The Union government on Wednesday announced the appointment of veteran banker K V Kamath as chairperson of the newly set up Rs 20,000 crore development finance institution NaBFID (National Bank for Financing Infrastructure and Development) to catalyse investment in the infrastructure sector.

"New approach to building #AatmaNirbharBharat! Central Government has appointed Shri K. V. Kamath to the post of Chairperson, National Bank for Financing Infrastructure and Development, a newly set up DFI in India," Department of Financial Services (DFS), under the finance ministry, said in a tweet.

The DFS, in a notification, said the central government has appointed K V Kamath to the post of chairperson of NaBFID initially for a term of three years from the date of assumption of charge.

The infrastructure bank will be set up with an initial paid-up capital of Rs 20,000 crore. The government expects the infrastructure to leverage this fund to raise up to Rs 3 lakh crore in the next few years.

The government will also provide guarantee at a concessional rate of up to 0.1% for borrowing from multilateral institutions, sovereign wealth funds, and other foreign funds.

The infrastructure bank will help fund about 7,000 infra projects under the National Infrastructure Pipeline (NIP) which envisages an investment of Rs 111 lakh crore by 2024-25.

It will remain outside the purview of CAG, CVC and CBI, a move aimed at enabling faster decision-making.

The DFI would have a chairman, two government nominees, and four whole-time directors. Wholetime directors will include a chief executive officer (CEO) and three other members.

Kamath-led board will now undertake the selection process of a CEO and deputy CEO.