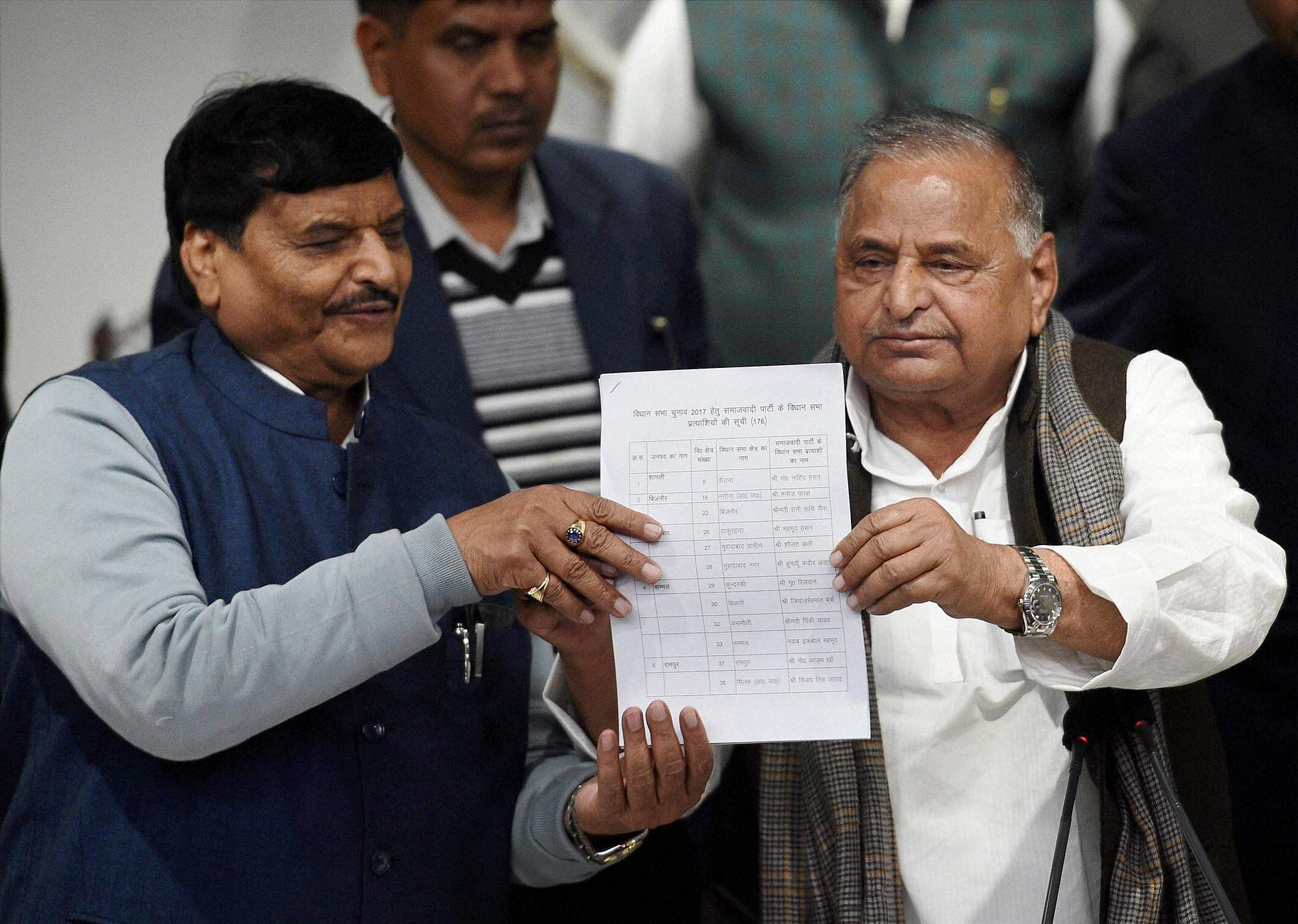 Former Uttar Pradesh Chief Minister Mulayam Singh Yadav, popularly known as Netaji, had asked his brother Shivpal Singh Yadav to form a separate party, says the latter who had developed differences with his nephew and Samajwadi Party leader Akhilesh Yadav before the 2017 assembly elections and announced parting ways and formation of a new party. In 2018, he formed Pragatisheel Samajwadi Party (Lohiya).

”I had formed the party on Netaji’s advice. He called up Akhilesh to sit together with me (to resolve the differences). When he didn’t come, neither on the phone or in person, Netaji asked me to form a new party,” Shivpal Yadav said in an interview to a YouTube channel The Lallantop.

“I had met him a week back in Delhi. He expressed his wish that we reunite and fight the election together. I asked him to call Akhilesh and make him understand. Netaji said that if he takes my advice then it’s good otherwise I will campaign for you,” Yadav added.

The trouble was brewing in the Yadav family since 2012 when Akhilesh Yadav was installed as Chief Minister instead of Mulayam Singh Yadav, something that Shivpal Yadav was opposed to and he had to later resign twice from his nephew’s cabinet. The family feud came to full public limelight in December 2016 when Mulayam Singh Yadav expelled his cousin Ram Gopal Yadav and son Akhilesh Yadav, the then Chief Minister of Uttar Pradesh. In response, Akhilesh Yadav had removed his father from the party president post.

In 2019 Lok Sabha election, Shivpal Yadav had contested from Firozabad constituency and got 91,000 odd votes. Though he came third but was able to split enough votes from Samajwadi Party that the party’s incumbent Member of Parliament Akshay Yadav, son of Ramgopal Yadav, lost the election by a margin of 28,000 odd votes.

Last month, gangster Mukhtar Ansari’s elder brother Sibakatullah Ansari joined Samajwadi Party. Interestingly, one of the reasons why Akhilesh Yadav and Shivpal Yadav clashed in 2016 was because the latter was trying to induct Sibakatullah in the party while the former was against the same. “I was against the induction of Mukhtar Ansari because he had criminal record. But his two brothers didn’t have such past. I was only trying to get them into the party,” Shivpal Yadav said in the interview.

He said that his primary goal is to fight the upcoming election in alliance with SP but Akhilesh Yadav needs to talk to him. On the question of rumours of women in the family being the reason for infighting and some outsiders creating differences between the two leaders, Yadav said that Akhilesh should learn from Netaji on how to clear the air with even opponents directly rather than relying on those who are trying to split the family.