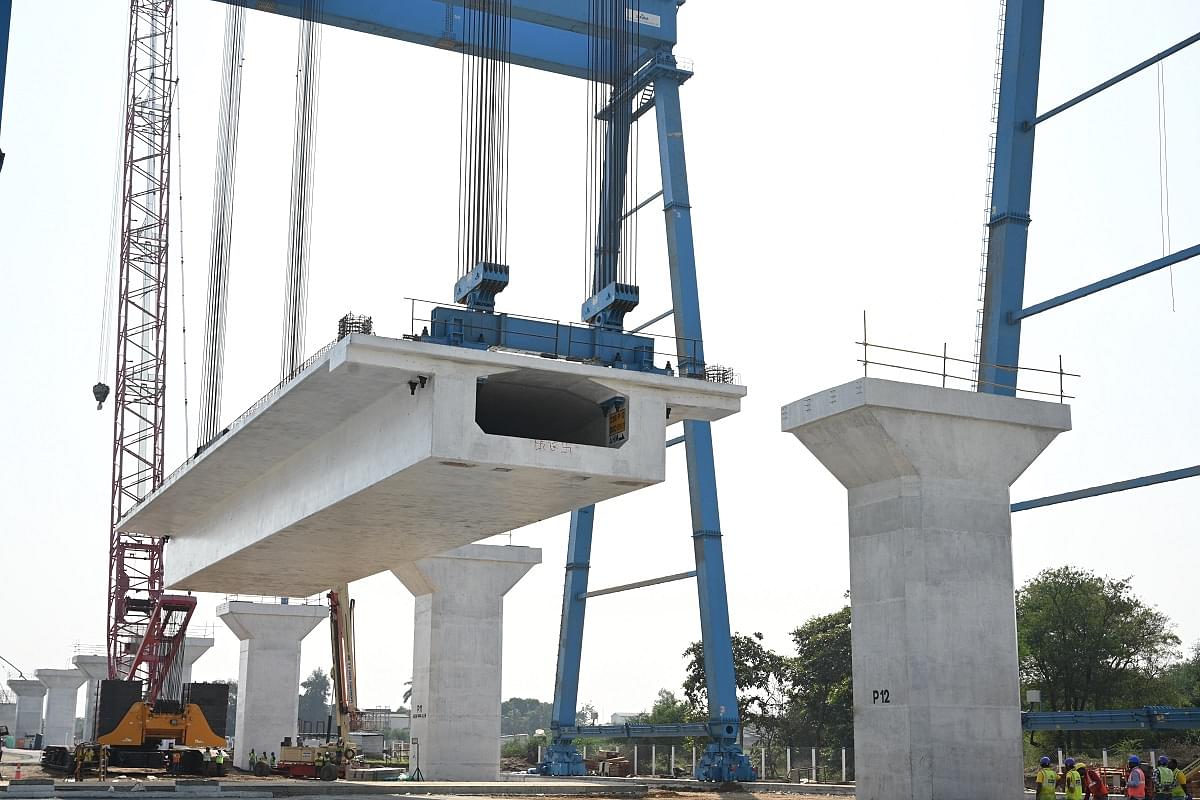 This 40 metre full span box girder weighing about 970 million tonnes (MT), involving 390 cubic metres of concrete and 42 MT of steel was cast in a single piece without any construction joint on 1 November 2021.

This is also the heaviest PSC box girder in the construction industry of India. To expedite the construction of viaduct for Mumbai-Ahmedabad High Speed Rail corridor, NHSRCL is adopting a full span launching method.

The precast girder was picked up from the stacking yard by the straddle carrier and moved to the predefined location from where it was lifted by the bridge gantry for erection.

This is a technical procedure which requires a high level of precision and expertise. The 40 metres full span girder was then placed between the Pier P11 and P12 of the high-speed corridor. The height of the piers is 13.4 metres from the ground level.

In order to expedite construction of the viaduct, construction of substructure and superstructure has been taken up in parallel. While the work of substructure including Pile, Pile Cap, Pier and Pier Cap, is in progress, for superstructure, casting yards have been developed along the alignment to cast full span girders and segmental girders so that they can be launched using heavy machinery over the cast pier caps.

Twenty-three casting yards are being developed along the alignment for casting of full span girders of 30, 35 and 40 metres. Each casting yard is spread in an area of 16-93 acres as per requirement and is located near the high-speed rail alignment.

Planning of casting yards and heavy machinery for launching has been done in a way to meet peak requirements of superstructure casting.