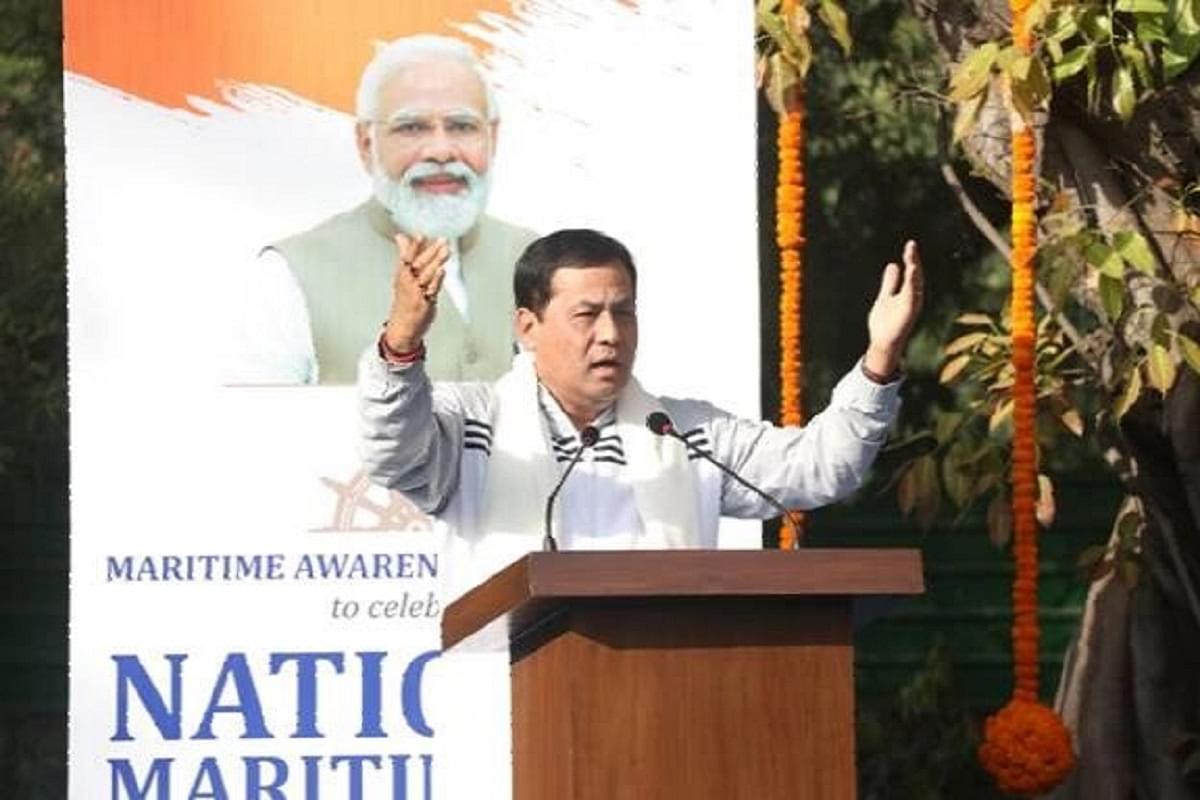 Celebrating the National Maritime Day, Union Minister for Ports, Shipping and Waterways Sarbananda Sonowal has emphasised the important contribution of seafarers during the tough Covid times in making the country self reliant and keeping the global supply chain operational.

National Maritime Day celebration assumes special significance as it was exactly 103 years back when history was created, on 5 April 1919, SS Loyalty, first Ship under Indian flag, set sail from Mumbai to London.

Congratulating stakeholders of maritime fraternity at the 59th National Maritime Day celebration function he said that in spite of the huge challenges our Indian seafarers courageously continued to keep India’s flag flying high throughout the world.

He said the role played by Indian seafarers in keeping the global supply chain operational can well be gauged from the fact that even during the height of Covid-19 pandemic more than 210,000 Indian seafarers served on Indian and foreign ships in 2021.

The minister said this also ensured that Indian and global trade and commerce activities continued unhindered.

Sonowal further said with our Indian seafarers working throughout the world in pandemic times, we set an example for the world of our rich ancient Indian ethos and philosophy of Vasudhaiva Kutumbakam or the entire world is one family.

In pursuance of attaining the dream of the Prime Minister and as espoused through Maritime India Vision, 2030, Sonowal was confident that India would lead the world through the maritime sector in the years to come.

The minister further elaborated that the share of Indian seafarers in world shipping has shown an increase of 25 per cent between 2016 and 2019.

On the Indian cruise industry, he said it is growing rapidly due to multiple government interventions in the last three years.

Over the next decade, the Indian cruise market has the potential to increase by eight times driven by rising demand and disposable incomes, he added.

Sonowal also appreciated the tremendous contribution made by the maritime community and informed that the government is promoting ‘Ease of Doing’ business to reduce logistic costs and facilitate shipping and is working towards making the Indian maritime sector attain the foremost position in the world.