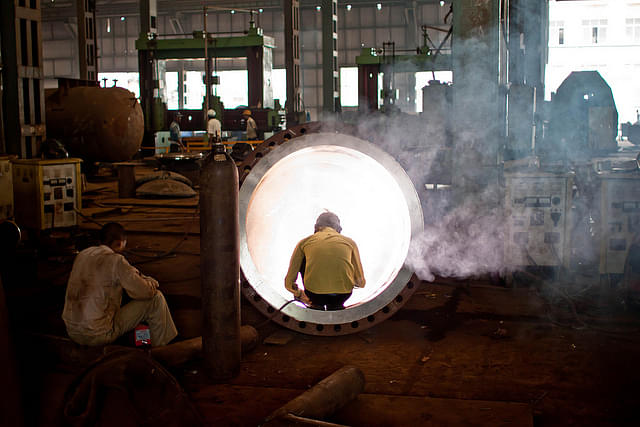 JSW now prepared to bid for an additional 9.9 million worth assets (Jay Hariani/Flickr)

In a major relief to JSW Steel, the National Company Law Appellate Tribunal (NCLAT) on Monday (Feb 17) permitted the steel major to acquire the bankrupt Bhushan Power and Steel Ltd and provided it immunity from prosecution by Enforcement Directorate (ED).

The verdict comes after the NCLAT earlier in the month reserved its judgement on the matter.

JSW Steel had moved the appellate tribunal seeking immunity against future litigation due to alleged fraud by former BPSL promoters.

The development comes around three months after the appellate tribunal ordered a freeze on payments by JSW Steel. In October last year, the bench had ordered a stay on JSW Steel''s payment of Rs 19,700 crore to acquire BPSL and asked the ED to release BPSL''s attached properties. The appellate tribunal had also asked the ED not to attach any more properties of BPSL without its permission.

The ED, which is investigating alleged fraud committed by the debt-laden firm''s previous management, had attached the assets of BPSL which it believes to be from proceeds of crime.

In an affidavit filed before the NCLAT, the ED had opposed immunity to JSW Steel in the BPSL matter.

BPSL, which was one of the first bad loan cases to be sent to the insolvency and bankruptcy courts in early 2017, remained unresolved as the winning bidder, JSW Steel, has sought immunity from prosecution on any misadventures involving by the previous promoters.

The Centre even issued an ordinance last December making relevant changes to the Insolvency and Bankruptcy Code (IBC) to protect bidders for Bhushan Power and other such cases. But the Enforcement Directorate playedhardball and refused to recognise the applicability of the ordinance to JSW.

The matter then reached the NCLAT where two arms of the Finance Ministry — the Department of Corporate Affairs, and the Enforcement Directorate — are locked in combat. The former claimedJSW is immune under the new ordinance which operates retrospectively; the latter says JSW gets no immunity for crimes that may have been committed by the previous promoters. ED argued that JSW is related to the previous promoters through a stake in Rohne Coal Company in which both JSW and Bhushan Steel had equity stakes.