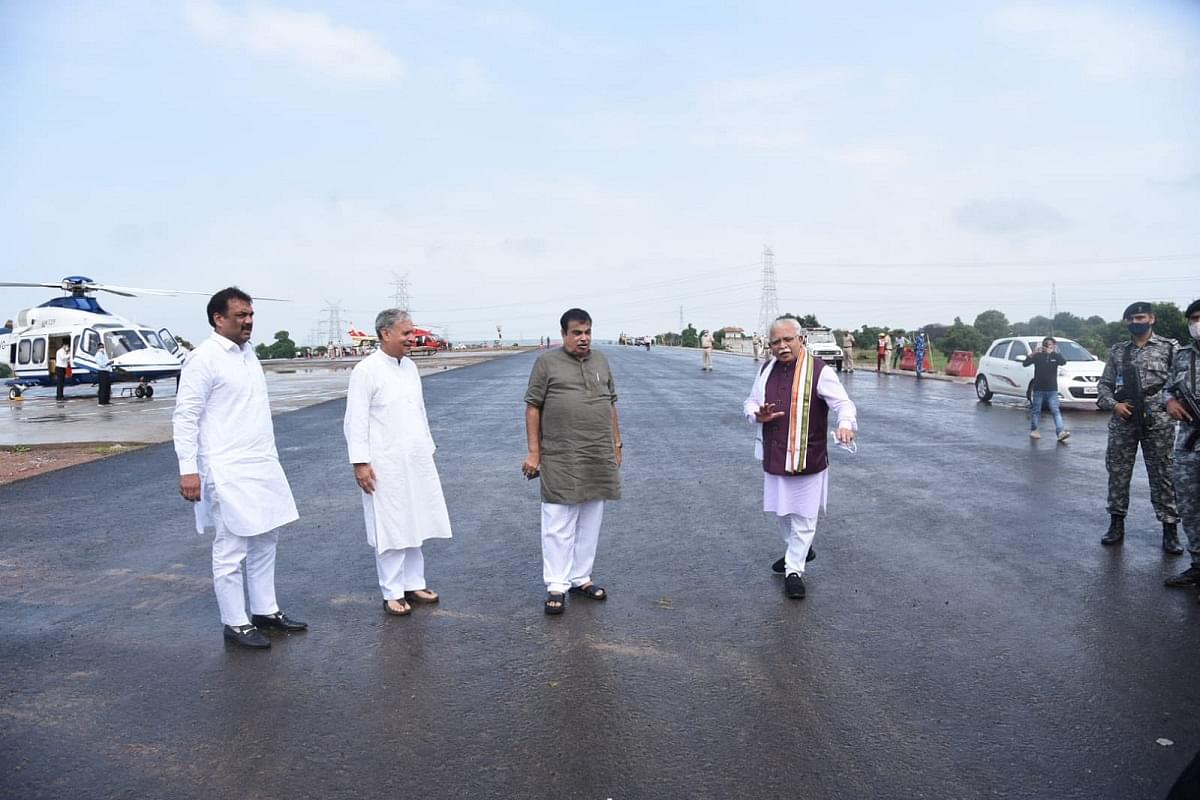 As part of the two-day inspection program of Delhi-Mumbai Expressway, Union Minister for Road Transport and Highways Nitin Gadkari and the Chief Minister (CM) of Haryana Manohar Lal Khattar have inspected the expressway at Sohna in Haryana.

Union Minister Nitin Gadkari is reviewing the progress of the Delhi-Mumbai Expressway on 16 and 17 September, covering the States of Delhi, Haryana, Rajasthan, Madhya Pradesh and Gujarat.

Being developed at Rs 98,000 crores, the 1,380 km long Delhi Mumbai expressway will be the longest in India.

It will enhance connectivity between National Capital, Delhi and Financial Capital, Mumbai.

The expressway will connect the urban centres of Delhi through the Delhi-Faridabad-Sohna section of the corridor along with a spur to Jewar Airport and Jawaharlal Nehru Port to Mumbai through a spur in Mumbai.

The new expressway is expected to halve the commute time between Delhi and Mumbai from nearly 24 hours to 12 hours and shorten the distance by 130 km.

This reduction will generate annual fuel savings of more than 320 million litres and reduce CO2 emissions by 850 million Kg, which is equivalent to the planting of 40 million trees.

Also, over two million trees and shrubs will be planted along the highway as part of NHAI's commitment to environmental conservation.

A total of 160 km of the expressway is to be constructed under this project in Haryana at a total capital cost of more than Rs 10,400 crores, out of which work on a 130 km stretch has been awarded.

The expressway will feature an elevated marquee corridor of three km across the Dedicated Freight Corridor in Haryana. At an elevation of 18m, will be one of India's tallest highway corridors be constructed. The average height of elevated RoBs is generally 6 to 9m.

The state will also have six wayside amenities located at strategic locations to provide world-class amenities to commuters while also generating employment opportunities in Haryana.

The complete section of the expressway in Haryana is targeted to be completed and open to traffic as part of the 214 km long Delhi – Jaipur (Dausa)- Lalsot section by March 2022.