No Rituals, No Attendees, Diesel Poured: How The Body Of Singhu Lynching Victim Was Cremated At His Village In Punjab 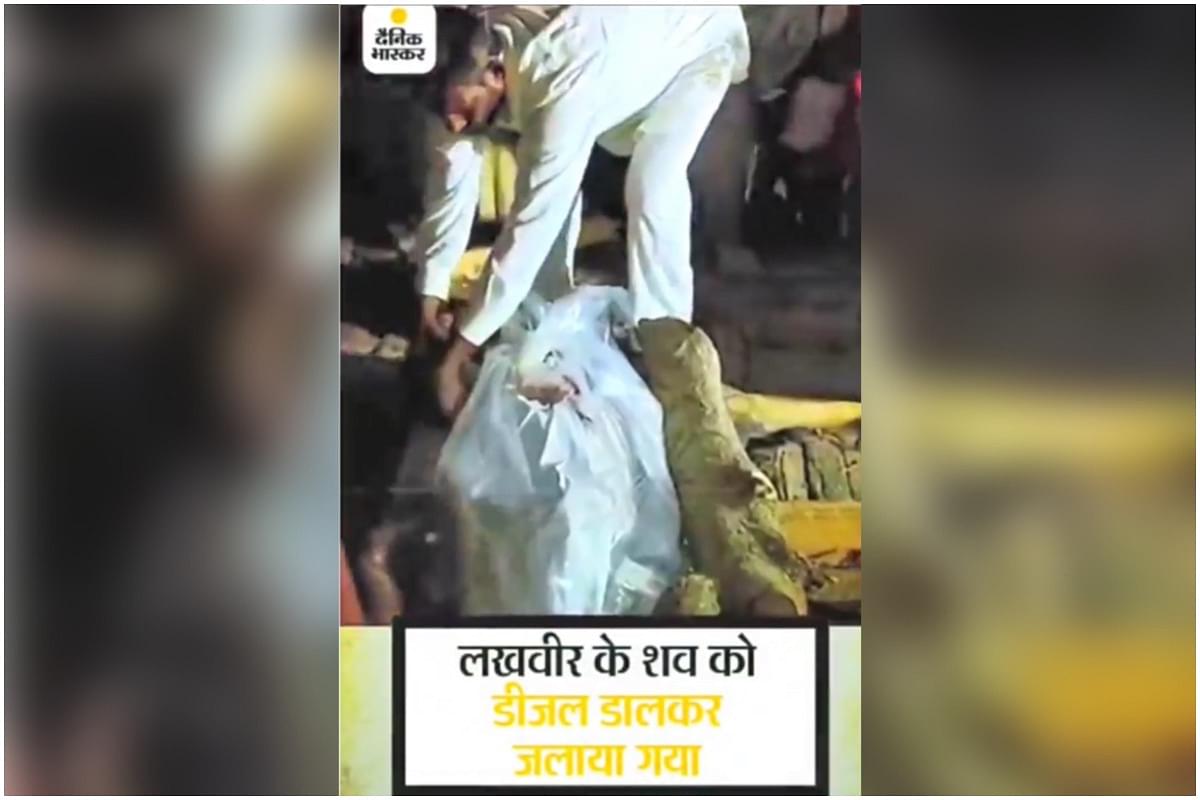 A still from the video of cremation posted by Dainik Bhaskar

After being subjected to a brutal death at the hands of religious extremists, Lakhbir Singh has been defiled in death as well.

His mutilated body was cremated in his village on Saturday but, due to the taint of allegations of ‘disrespect’ to a Sikh religious book, it was a sneaky, hurried affair.

As per reports, the Nihang Sikhs in the village objected to the family’s wish to hold the ‘antim ardas’ ceremony for Lakhbir. In this ceremony, a Sikh priest is present during the cremation and reads the Kirtan Sohla from the Guru Granth Sahib.

The village’s sarpanch stepped in and asked the family to drop the idea. As per reports, the family wasn’t allowed to even see the body, which came from New Delhi wrapped in plastic, before it was lit on pyre.

Lakhbir was a native of village Cheema Churd in Punjab’s Tarn Taran district that lies near the Pakistan border.

A report in Indian Express said that villagers initially declined to even give space for Lakhbir’s cremation.

They agreed only when the family accepted the condition of dropping all religious rituals associated with the last rites.

As per reports, the cremation was done hurriedly, under torchlight and by pouring diesel on the body. It was attended only by the family and some policemen, while other villagers shunned it.

Watch a video of the cremation here.

Chairman of the National Commission for Scheduled Castes, Vijay Sampla, later spoke to the Punjab police chief about the cremation. He told the media that obstructing the last rites of the victim, who belonged to a Dalit caste, was in violation of the Scheduled Castes Anti-Atrocity Act.