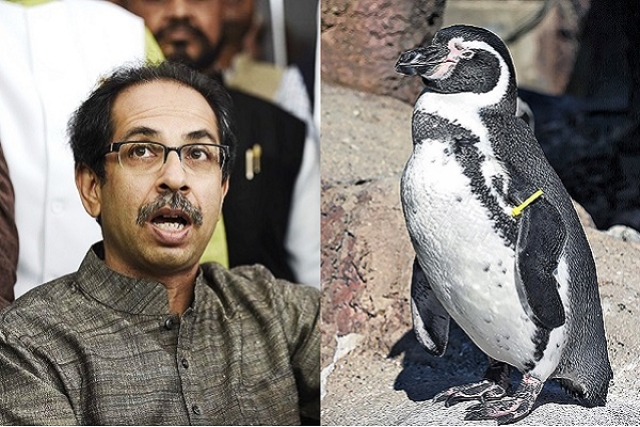 Uddhav Thackeray reportedly wants the new aquarium to rival the sea world in Bangkok and help turn Mumbai into an international tourist destination.

Many objected to this announcement after pointing out that the mega city first needs a critical infrastructure boost, which has been threatened by the suspension of Metro car shed at Aarey Milk Colony.

The “aquarium” episode also led many on social media to recount the “penguin saga” which hogged headlines a few years ago.

Brihanmumbai Municipal Corporation (BMC) led by Shiv Sena in 2012 decided to import Humboldt penguins to Mumbai and keep them in the local Byculla zoo so that they would boost local tourism. While on paper it looked as an exciting move to the authorities, it soon became a butt of major controversy.

It has been reported that it was actually the Uddhav Thackeray led Shiv Sena which had forced the BMC to procure the penguins at an approximate cost of Rs 10 crore. This has been dubbed as a pet project of Uddhav and his son Aditya Thackeray.

Common sense indicates that Mumbai’s hot and humid climate is no home for Antarctica's dwellers and from Day one special care of the penguins would have had to be taken.

Ever since the plan was floated in 2012 it faced stiff opposition from the Animal Welfare Board of India (AWBI) which warned against any such move.

As per reports, after issuing multiple warnings, the AWBI wrote to the Central Zoo Authority (CZA) highlighting the deplorable condition of animals at the Byculla, in a bid to block the sale.

Despite major opposition, the BMC decided to brazen it out and went ahead with the plan. So finally on 26 July 2016, the BMC shipped in eight penguins, which included three males and five females from South Korea’s Coex Aquarium in Seoul.

The matter took a serious turn about three months later when one of the penguins named Dory tragically died in the zoo - purportedly due to an infection.

This alarmed various animal lovers and AWBI which demanded that the rest seven be immediately sent back to the Seoul zoo or to a more hospitable environment.

“We are going to send an advisory to the central government that in future no such stupid plans should be sanctioned just for the sake of entertainment”, the AWBI vice-Chairman was quoted as saying.

“We are aware about the awful condition of the zoo and they do not have the required expertise to treat such birds. Penguins do not belong in the Byculla zoo”, he added.

The BMC refused to back down and in turn blamed the procurement agency which was temporarily supposed to care for them. The officials also rather insensitively demanded that as one penguin had died, she should be replaced with a new one.

Even though the incident happened during a quarantine period, it was claimed that unauthorised personnel were allowed to enter the enclosure in the zoo.

It was also alleged that the quarantine and enclosure zone was hastily constructed to that the penguins could be displayed before the 2017 civic polls.

The matter soon took a political colour when opposition parties like the Maharashtra Navanirman Sena (MNS) flayed Shiv Sena for the death.

Uddhav Thackeray in response remarked, “We will worry about the penguins, they should worry about saving their party”.

Even the BJP expressed reservations over the project by claiming that there was “too much interference” in the exercise. The AIMIM too demanded an inquiry in the matter.

Going Ahead With The Plan

Despite high drama, the BMC went ahead with the plan and claimed that proper arrangements were being made to keep the penguins safe and were ultimately displayed to the public.

In this process the BMC also had to face a PIL in the Bombay High Court against this move but in reply to the court it informed that “there is no question of sending the penguins back”.