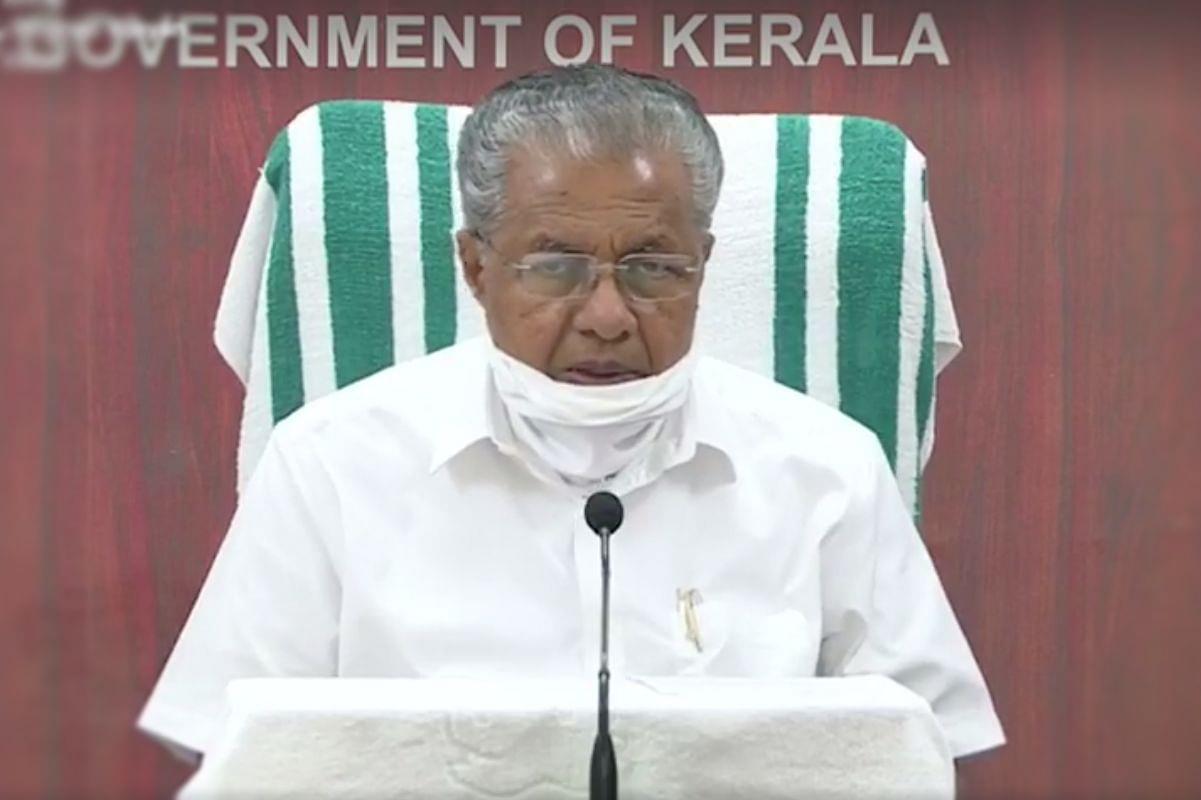 Troubles for Kerala Chief Minister Pinarayi Vijayan, who leads the Left Democratic Government in the State, that began with the gold smuggling cases seems to be never-ending.

While the Kerala gold smuggling case has put him in a spot with investigations leading to as far as the Chief Minister’s office (CMO), a further fall-out of the case is that his pet Life Mission Project has come under a cloud, especially from the Congress-led Opposition United Democratic Front (UDF) questioning it.

The Life Mission project is a campaign to build houses for families which do not have lands or houses. This is a financial empowerment project that provides means of livelihood.

The eligibility criteria for the scheme is that an applicant cannot be a government employee and the annual income should not exceed Rs three lakh. Only Kerala residents are eligible for the scheme and they must possess ration cards.

Irregularities are suspected in the Life Mission project after Swapna Suresh, one of the prime accused in the gold smuggling case, gave a written statement to the investigating authorities that she got Rs 1 crore commission for getting the project cleared for funding.

Chennithala pointed out that four days before the Communist Party of India-Marxist (CPM) Chief Minister Vijayan landed in the United Arab Emirates (UAE) in February last year, Swapna, and the now suspended Principal Secretary and IT Secretary, M Sivasankar, were in the Gulf nation.

Wondering if the LDF government had signed a memorandum of understanding (MoU) with the Red Crescent, the Congress leader sought to know what was the MoU signed and whether Swapna was present during the occasion.

He said the Red Crescent is part of the Red Cross and the local office in Thiruvananthapuram was unaware of such an MoU.

Though the Chief Minister claimed that the issue pertaining to his office's involvement in the gold smuggling case had ended with the suspension of Sivasankar, who had asked Customs officials to let off Swapna, Chennithala said Vijayan owned an explanation on the new revelation.

Wondering if the External Affairs Ministry was aware of the MoU, the Congress leader said the silence on the part of the Kerala Chief Minister has forced the Opposition to demand a probe by the Central Bureau of Investigation into all these developments. “Only a CBI probe will reveal everything," he said.

On 8 August, when Vijayan faced questions on Swapna’s role in the Life Mission project during the daily media briefing, he initially said it was a UAE project and he would get the details.

But as the barrage of questions continued, he got irritated and charged that some in the media were taking up the issue for "some who were out to wreak his government".

When media persons pointed out that he had enjoyed when they praised him but alleged motives when they probed him, Vijayan said: “That (the praise) is politics and this is a political conspiracy in which the media is a part.”

In an apparent reference that the Congress-led United Democratic Front (UDF) was behind the conspiracy, Vijayan asked: “Do you want me to tell the dirty things that happened in that (former chief minister Oommen Chandy’s) office?”

Referring to this comment, Chennithala said that it was unbecoming of Vijayan to speak ill of Chandy. “Can you make any comparison between the two? We all know how Chandy behaved and how Vijayan is behaving now. Of late, he is attacking the media," he said.

Trouble for the CPM-led LDF government in Kerala began on 5 July when Customs Department officials seized 30 kg of gold valued at Rs 14.5 crore from diplomatic baggage meant for the UAE Consulate General in Thiruvananthapuram.

Later, it came to light that a racket was involved in this and the smuggling gang had been at it for quite some time. This raised suspicion that the smuggling case could have compromised the nation’s security, and the National Investigation Agency (NIA) was asked to take over the investigations.

One of the other objectives of the investigation was to find out if there were terrorist-links to the case.

The NIA investigations have led to the arrest of nearly a dozen people, including a member of the radical Islamist organisation Popular Front of India (PFI).

The PFI member was an accused in the 2010 case of chopping of Professor T J Joseph’s right wrist in Idukki district for setting a question paper in which a reference was made to Prophet Muhammad.

The investigation agency told the NIA special court that Swapna had close links with the CMO and she herself was personally acquainted with Vijayan.

Besides, the NIA has reportedly found out that some of the proceeds from the smuggling had gone into funding the protests against the Citizenship Amendment Act, 2019 during December-February.

The developments in the gold smuggling case have left the LDF government gasping for response.