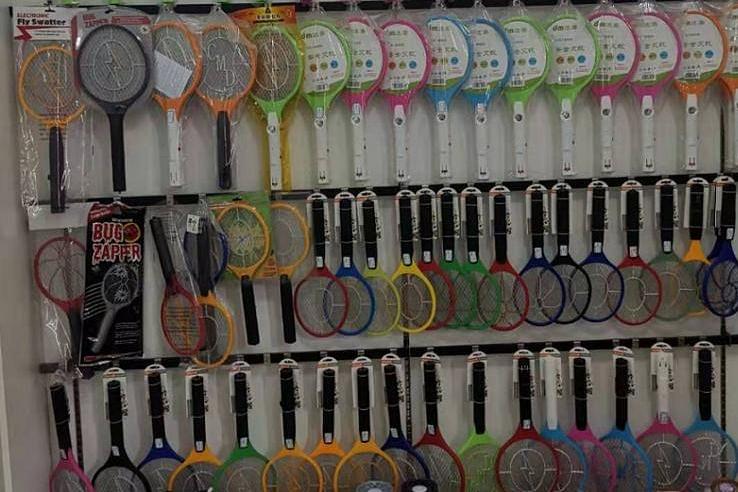 Soon China-made mosquito swatters will have no takers in India.

A group of 150 small and medium manufacturers have come together to launch “Morbi Clock Manufacturers Alliance” to manufacture an import substitute — electric mosquito swatter — that is currently being imported from China.

The launch of the alliance is significant as its comes on the heels of the Narendra Modi government initiating the Atmanirbhar Bharat Abhiyan to make the country self-sufficient, and India’s problems with China in Ladakh’s Galwan Valley, where armies of both the countries clashed.

In view of the strained relations with China, India is trying to cut its dependence on Chinese imports, encouraging domestic manufacturers to come up with alternative products.

At least 25 million of such mosquito swatters, valued at Rs 300 crore, are imported from China every year. In order to meet the rising demand for the mosquito swatter in India, the alliance was formed in Gujarat’s Morbi district.

“The swatters will be manufactured by small and medium industries in Morbi,” Jaysukh Patel, managing director of Ajanta Group of Companies, told Doordarshan News.

“There are 35,000 workers in these industries in Morbi out of which 70 per cent are women. Making the swatters here will provide additional employment to 10,000-12,000 people, including women,” he said.

Entrepreneur Alice Jaisukh Balodia said about 50 lakh mosquito swatters will be manufactured per day by the alliance. “The swatters will first meet domestic demand and then export demand,” she said.

India is looking to export these swatters to Africa, Sri Lanka, Bangladesh, Nepal and Pakistan. The swatter is seen as one of the surest bets to eliminate mosquitoes that cause health issues such as dengue and malaria.

These diseases lead to economic losses, including loss of lives, in many least developed nations in Asia and Africa.

A feature of manufacturing the mosquito swatters domestically is that all their components will be sourced within the country.

“The Chinese mosquito swatters are not of good quality. The swatters we produce are of better quality,” Patel said.

Most of the swatters do not last long as they develop glitch even if someone drops them by mistake. Fluctuations in power, a common feature in India, also damage the swatters, which do not come with any warranty.

The Morbi mosquito swatters will come with warranty and the manufacturers will also provide service for any defect.

Importantly, the manufacturing of the swatter will help the government generate revenue. Currently, imported swatters are sold for less than Rs 50 and most are sold online without payment of goods and services tax.

The Morbi mosquito swatters will be priced at par or slightly higher than imported Chinese swatters. However, the government will gain GST as the manufacturers will pay the tax without dodging.

The production began during the lockdown to contain the spread of novel coronavirus in the country, and a worker in one of these units said that the employees had been extended all facilities that have helped their families.

Mirror Now reported that alliance had developed a prototype and successfully tested 3 lakh such swatters. It quoted Patel as saying that each of the alliance members would produce 50,000 swatters per day.

The facilities to produce the swatters have been developed with existing infrastructure. The alliance is set to gain more strength with another 200 manufacturers set to join it.

The Atmanirbhar Bharat Abhiyan is witnessing India take on China even in manufacturing minor products such as the mosquito racket, toys, crackers etc.

If the mosquito swat story turns out to be a success, then it could pave the way for manufacture of many such small products.