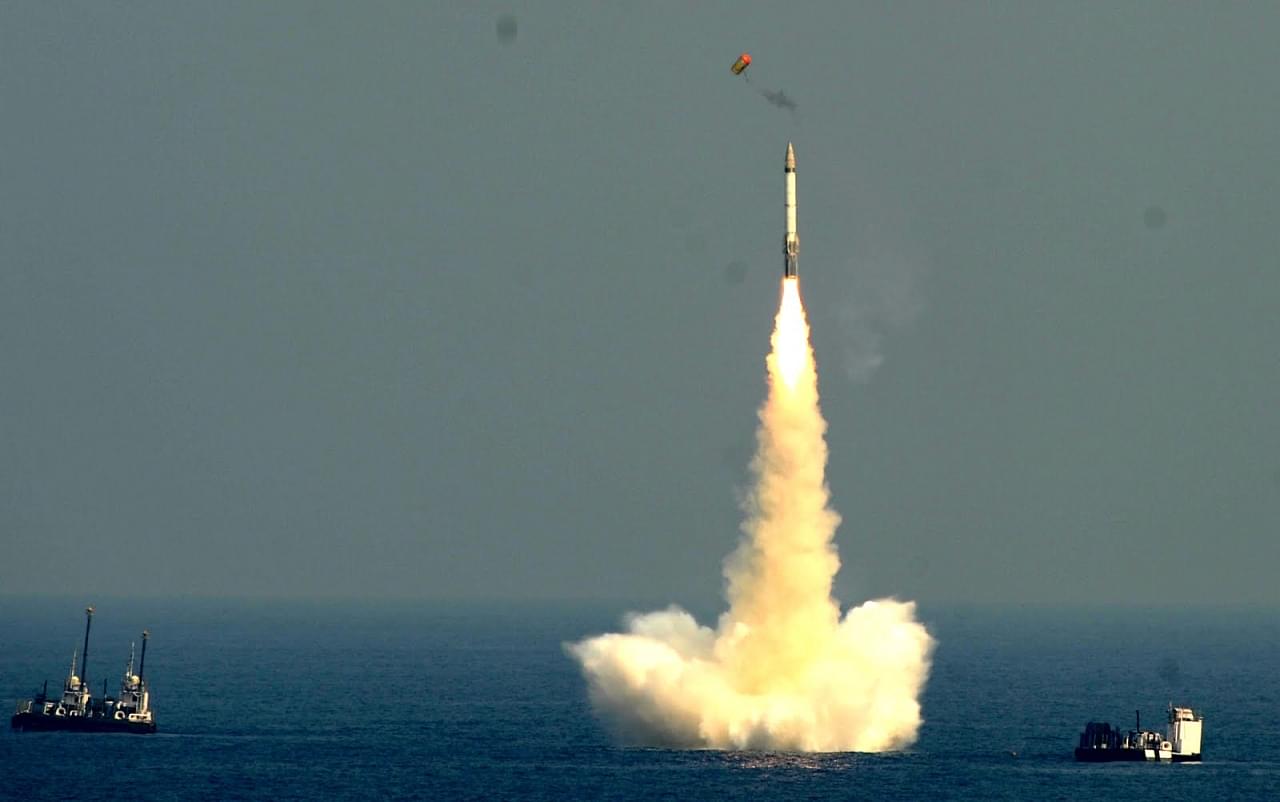 "The missile was tested to a predetermined range and impacted the target area in the Bay of Bengal with very high accuracy. All operational and technological parameters of the weapon system have been validated," the statement issued by the MoD read.

"The successful user training launch of the SLBM by INS Arihant is significant to prove crew competency and validate the SSBN programme, a key element of India's nuclear deterrence capability," it added.

INS Arihant, the first of India's ballistic missile submarines (SSBN), was commissioned into service by Prime Minister Narendra Modi in August 2016. Two more SSBNs, Arighat and "S4", were launched in 2017 and 2021, respectively. The fourth, identified as S4*, is currently under construction at the Ship Building Centre in Visakhapatnam.

Satellite imagery has confirmed the reports of the S4 being slightly larger than INS Arihant and Arighat. The length of the boat could have been increased to make space for additional tubes for nuclear-tipped ballistic missiles. While INS Arihant has four vertical-launch missile tubes, the S-4 is reported to have at least eight tubes for nuclear missiles.

Consequently, S-4 will be able to carry eight K-4 SLBMs and 24 K-15 SLBMs, reportedly twice of what INS Arihant can be equipped with.

While the K-15 missile has ranges of around 750 kilometres, the K-4 can strike targets up to a distance of 3,500 kilometres. The addition of the K-4 missile to India's nukes delivery arsenal will allow India's SSBNs in the northern Bay of Bengal to target some parts of China.

India is also working on a new series of SSBNs, which will be significantly more capable than the ones built before. The project is currently in the design phase. Identified as S-5, this new type of submarine will have a displacement of 13,500 tonnes, which is twice that of the Arihant-class boats, and capable of carrying 12 long-range nuclear-tipped missiles.

The government has also approved the programme for the construction of nuclear-powered attack submarines or SSNs.

Unlike the SSBNs, SSNs are armed with missiles carrying conventional warheads instead of nukes. The programme involves the design and construction of six SSNs, each displacing around 6,000 tonnes.