Pakistan: As Parvez Musharraf Gets Death Sentence, A Look At Few Significant Events Under His Rule 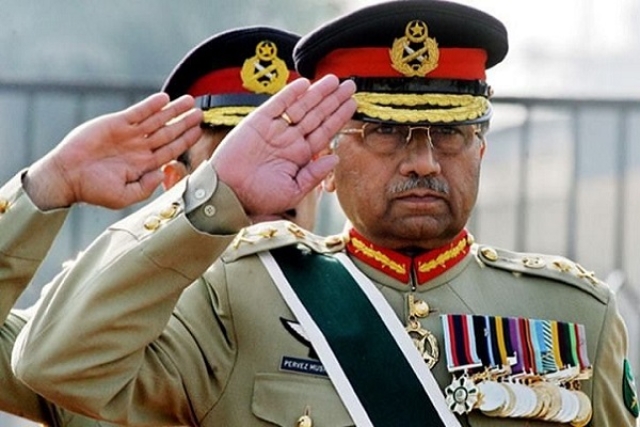 Former Pakistani president Parvez Musharraf has been awarded the death penalty in a high treason case by a special court in Islamabad, reports Times of India.

The long drawn case against Musharraf for suspending the constitution and imposing Emergency rule in 2007 ended in his indictment in 2014.

The 76-year-old Musharraf left for Dubai in March 2016 and hasn’t returned since.

In 2008, after he sacked the chief justice, imposed a state of emergency and allegedly engineered his own re-election as president, the pressure mounted against Musharraf, and in 2008, facing the prospects of impeachment, he resigned.

Musharraf, then the head of the armed forces, had staged a coup d'état against Pakistan’s democratic government in 1999 which allowed him to establish a military government. In 2001, he became the president of Pakistan and the same year, the military-backed party PML-Q emerged successful in the general elections.

Musharraf was a leading strategist behind the Kargil conflict - after the secret infiltration of fighters in the Indian territory in 1999. The Kargil strategy turned out to be a failure, and Musharraf received quite some criticism in Pakistani establishment.

The Kargil fiasco aided the falling out between the then Prime Minister Nawaz Sharif and Musharraf. Soon after, Sharif was put under house arrest , and an army coup led by Musharraf suspended democracy.

Nawaz Sharif was then tried on the charges of treason for preventing Musharraf's flight from landing at Karachi airport on the day of the coup. He could have faced the same fate as Zardari Ali Bhutto in 1979, however, reportedly under pressure from US and Saudi Arabia, he was exiled.

The 2001 Parliament Attacks against India were also carried out during Musharraf rule, and marked one of the lowest points in India-Pakistan relationship.

Parvez Musharraf also made the decision to join hands with America’s War on Terror in 2001.

At least in theory, Pakistan abandoned the Taliban in Afghanistan and worked closely with the Americans in pursuing Islamic extremism - an unpopular decision with the conservative sections - as the Pakistani Prime Minister Imran Khan recently said in an interview - that the loyalty of the army-men who were, till yesterday, supporting and nurturing Afghan Jihad, stood divided.

The Islamist sections also suddenly came under the heat by the decision of the Musharraf, and there were several assassination attempts were made against Musharraf.

Run by militants, the Lal masjid complex in Islamabad continually challenged the authority of the state, however, the push came to the shove when the Islamists took hostage the Chinese health care centre's female workers. Apart from other brazen attacks, it was the pressure from China that the Pakistan army began siege of the masjid resulting in 154 deaths.

Another highlight of the Musharraf regime was disclosure of atomic proliferation by Abdul Qadeer Khan, with the latter alleging that it was indeed the Pakistani Army headed by Musharraf that was running the proliferation operations. Musharraf denied the knowledge of the ring, but it is hard to believe that such a huge scandal could have worked right under his nose without his knowledge.

When Musharraf began an investigation against Khan, he faced huge protests at home, as Khan was immensely popular in the country. He was accused of bowing down to the US and harassing Khan.

Musharraf’s popularity had started waning by 2007, and prospects of another 5-year-term seemed dim. A new democratic government was elected in 2008 general elections, and facing prospects of impeachment, Musharraf resigned.

Subsequently, cases were launched against him on several allegations, including murder of Benazir Bhutto, and treason. Musharraf left the country in 2008 and started living in London in a self-imposed exile.

He launched his own party All Pakistan Muslim League in June 2010 and returned to Pakistan in 2013, expressing intentions to fight elections. However, he was disqualified from contesting by the election tribunal, quashing his political ambitions.

On a side note, Musharraf also has a connection to India - the country he most likely he planned most of his operations against - he was born in Delhi to a civil servant who later migrated to Pakistan.

Musharraf’s story provides a look into the nitty-gritty of the Pakistani politics - the challenges of creating a national identity based on religion and wiping out own history that’s incongruent with it, the resulting interference of Saudi Arabia and Islamic world in its domestic politics, the tension between pan-Islamism and diverse ethnic identities, as well as between Islamism and the modern state.