Pakistan: Man Hanged From Tree And Stoned To Death For ‘Desecrating’ Holy Book 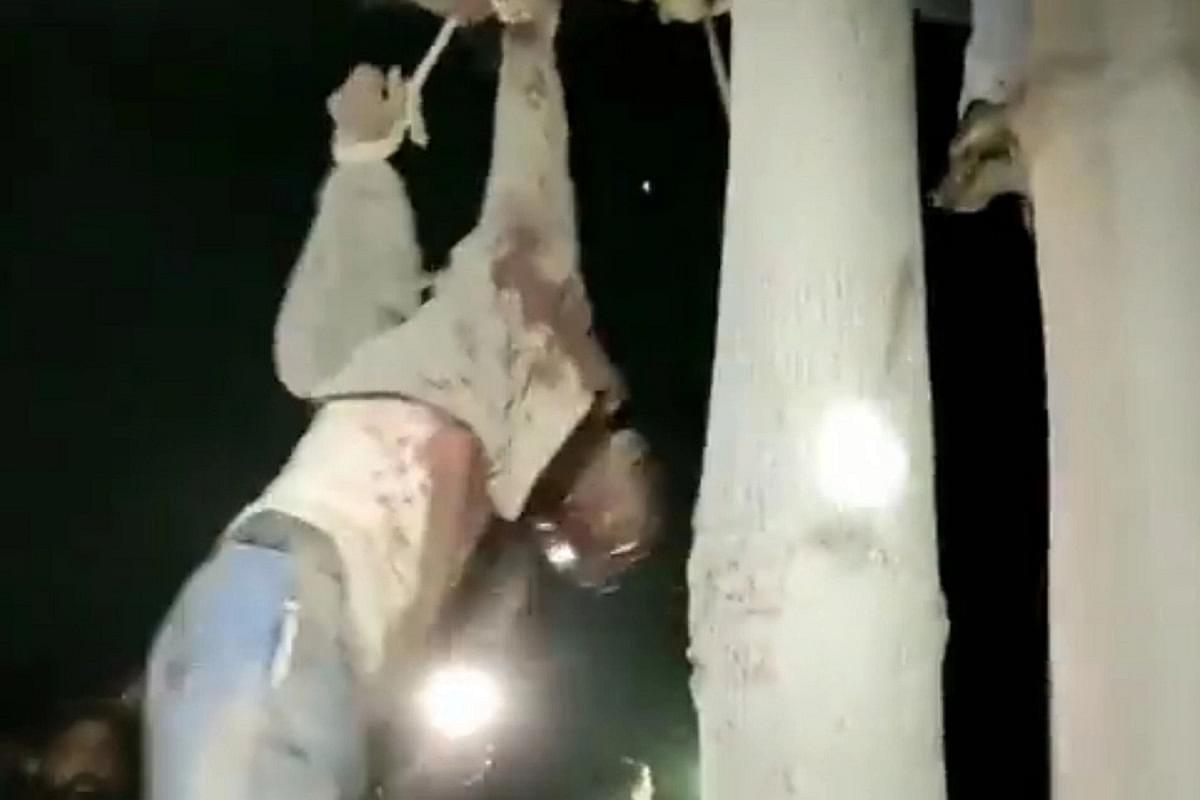 Still from a video showing the man being hanged from a tree.

A man in Pakistan was lynched by a mob on Saturday (12 February) over a rumour that he had burnt pages of a copy of Quran. The incident happened in a village in Khanewal district in Pakistan’s Punjab province.

The local police went on to book the murdered man, identified as Mushtaq Ahmed, under Section 295B of Pakistan Penal Code, which criminalises desecration of Quran.

Incidents of criticism of Islam, Islam’s holy book Quran, Islam’s founder and companions of Islam’s founder, often end up in brutal lynchings in Pakistan. This is despite the fact that the country has special laws criminalising these acts, where punishments prescribed in the laws range between one-year imprisonment and death sentence.

Such lynchings are rather routine.

Police later found that Kumara, manager of a factory, had removed posters of a hardline Islamic political party from the walls.

Even on the day Ahmed was lynched, another man was cornered by a mob over a similar allegation. However, police managed to save him. That incident, too, happened in Pakistan’s Punjab province, in Faisalabad district.

A newspaper reported that in Ahmed’s case, the police have detained about 80 suspects for murder and rioting as well as Anti-Terrorism Act 1997.

Details of the Saturday lynching are horrific. As per Dawn, hundreds of locals gathered near a mosque following announcements that a man had torn pages of Quran and set them on fire.

The mob hanged the man from a tree and hit him with bricks, until he died.

The disturbing act of the man being hanged from the tree has been captured on video.

Pakistani journalists posted a video statement by the man’s mother, who said Ahmed had been undergoing medical treatment for the last 18 years as he was of unsound mental health.

Lynchings over alleged desecration of religious book, however, are not limited to Pakistan.

In the Indian state of Punjab, at least seven people, including women, have been similarly killed over accusations that they desecrated copies of Sikh holy texts.

In Bangladesh, anti-Hindu violence erupted in October after some miscreants surreptitiously placed a copy of Quran near the feet of an idol of Hanuman, in a Durga Puja pandal. Hindu colonies, temples and residents were attacked by mobs, alleging ‘desecration’ of Quran.

Police later said that it was members of hardline Islamic organisation Jamaat-e-Islam who had planted the religious book in the pandal.