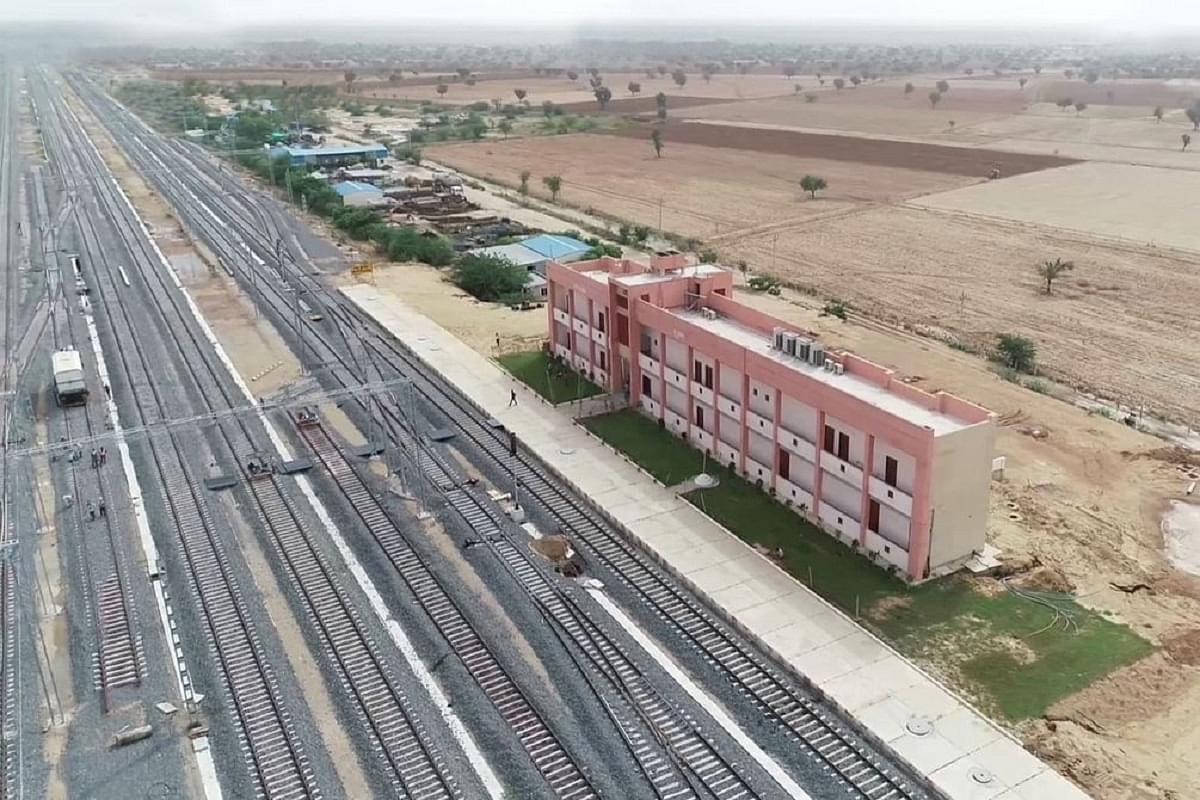 The rails of the entire stretch up to Palanpur is made by Japan in order to ensure heavy haulage of 25 tonnes of axle load as against the prevailing axle load of 22.5 tonnes in Indian Railways.

Funded by JICA, the heavy rail tracks of the Western DFC would be from Japan only to ensure heavy haulage and high speed, said a senior DFCC official.

According to the DFCC (Dedicated Freight Corridor Corporation), out of the total 2,843 km route of Eastern and Western DFC, more than 50 per cent route has been completed till now and by the end of 2023, 90 per cent of the route is expected to be completed.

An additional 310 km is expected to be commissioned in October, said the DFCC official.

Part of the Golden Quadrilateral route, Palanpur-Mehsana section would cater to the containerised movement of white goods, cement, fertiliser and milk among other goods connecting Kandla, Mundra and Pipavav ports to other parts of the country. The WDFC is meant to carry double stack container trains.

Until now, 766 trains have been operated in the Palanpur-Mehsana section with an average of 11 trains running per day.

With modern signal and telecom systems, the fully electrified route of the DFC would be equipped with an automatic train control system and modern accident prevention system.

The land acquisition process for the DFC is complete with about 10,000 hectares of land having been acquired for the project.

DFCC maintains that barring a few crossings, the entire stretch would not have any level crossing to ensure unhindered movement of freight trains.

There are 304 rail overbridges (ROB) and 557 rail underbridges (RUB) besides 50 rail flyovers in DFC.

Trial runs were going on this route since last month and finally the route was dedicated to the nation by Prime Minister Narendra Modi today (30 September) for full-fledged freight service in the section.