PFI Activists Protest Against ED Search Operations, Get Letter ‘Nothing Incriminating’ Was Found At Its Leader’s House 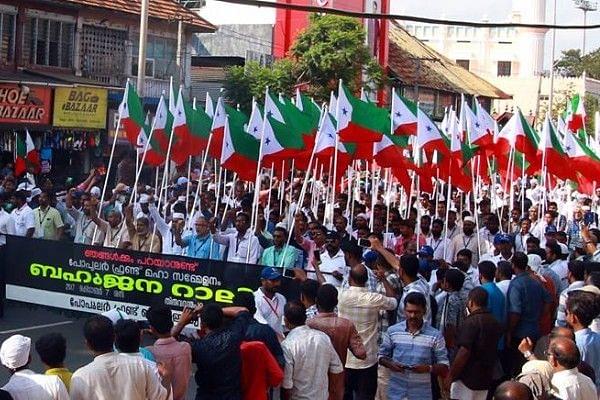 A team of Enforcement Directorate (ED) officials who conducted search operations at the premises of various national leaders and branches of the militant Islamic Popular Front of India (PFI) today (3 December) had to face resistance from PFI activists in Thiruvananthapuram.

Malayalam daily Mathrubhumi reported quoting PTI that ED officials were confronted by the activists when they were conducting the operations at one of their leaders’ residence at Poonthura in the capital city.

When the officials came out after the search operations at Karamana Ashraf Maulavi's house, they were surrounded by the PFI activists who had gathered there after knowing about the development.

The activists, who staged a protest, were told that nothing incriminating was found at the Maulavi’s residence, but they insisted on the ED officials giving them in writing.

The officials could leave the spot only after handing over such a letter.

The search operations were conducted in connection with money laundering allegations against the PFI, which has perpetuated violence, including murders, in Kerala and neighbouring states of Tamil Nadu and Karnataka.

The PFI is also alleged to have been actively involved in the protests against the Citizienship Amendment Act, 2019 (CAA) in various parts of the country and had utilised funds received from abroad through such laundering activities.

Search operations were conducted at residences of other PFI leaders such as its chairman O M Abdul Salam and national secretary Nasaruddin Elamaram in other parts of Kerala besides its state committee office in Kozhikode.

The news agency reported that ED officials seized a laptop and a pen drive from Elamaram’s residence at Manjeri in Malappuram district.

PFI is suspected to have had a role in the Delhi riots, the Hathras protest in Uttar Pradesh, and the Bengaluru riots earlier this year.

The PFI, an extremist organisation, was founded in 2006 as a cover for the National Development Front (NDF) that was created in 1993 to protect the interests of Muslims.

The PFI was formed merging NDF with organisations such as Karnataka’s Forum for Dignity and Tamil Nadu’s Manitha Neethi Paasarai. Besides, a few other bodies in Bengal, Goa, Rajasthan and Andhra Pradesh also merged with PFI.

Despite so many bodies forming PFI, the organisation is very active in Kerala. PFI leaders are also linked with the Students Islamic Movement of India.