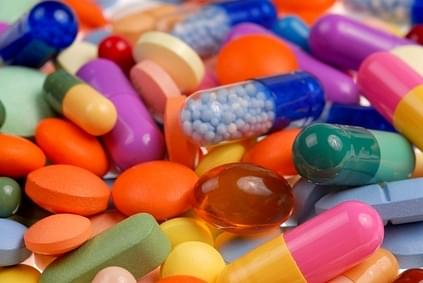 The strict customs scrutiny and non-clearance of imports from China has now hit the pharmaceutical sector -- the lifeline amid the pandemic -- making industry representatives to reach out to the government and seek urgent clearance of the goods at ports and airports.

In a communication to the Secretary, Department of Pharmaceuticals, the Pharmaceutical Export Promotion Council of India (Pharmexcil) said that it has been inundated with distress calls from its member companies over an acute disruption in manufacturing of pharmaceutical products over the last three days.

The letter was also marked to the Prime Minister's Office and the Directorate General of Foreign Trade among others.

"Very critical KSM's (Key Starting Material), intermediates & API's (Active Pharmaceutical Ingredients) are not being cleared for the reasons not known to the industry at all," said the letter by Dinesh Dua, Chairman, Pharmexcil.

Even critical devices such as ''infrared thermometers'' and ''pulse oximeters'' which are specifically aimed at covid diagnosis as also ''glucometers'' and ''strips'' are also held up at the Delhi airport, he said.

The letter dated 27 June noted that self reliance or the "Atamnirbharta" principle will take its own time in a phased and considered manner through the government's incentives such as ''pharma parks'' as also ''production linked incentives'' (PLI).

Describing the delay in customs clearances as "man-made" disruptions, the industry body said that they have created tremendous difficulties for the industry and if the clearances are not made on top priority "whatever great work" has been done to maintain the current 90-100 per cent production and supply chain may get completely diluted.

"We urgently appeal to you to kindly intervene in the matter on SOS and kindly instruct that clearances from customs are permitted and all these materials which are genuine in nature are allowed to be cleared and dispatched to ensure there is no disruption of manufacturing at all under any circumstances," it said.

Pharmexcil is just another industry body which has in the past few days reached out to the government and raised concerns over the delay in customs clearance and its impact on the supply chain.

Previously, the Apparel Export Promotion Council and India Cellular and Electronics Association reached out to the government last week seeking early customs clearance of their imported goods needed in the manufacturing process.