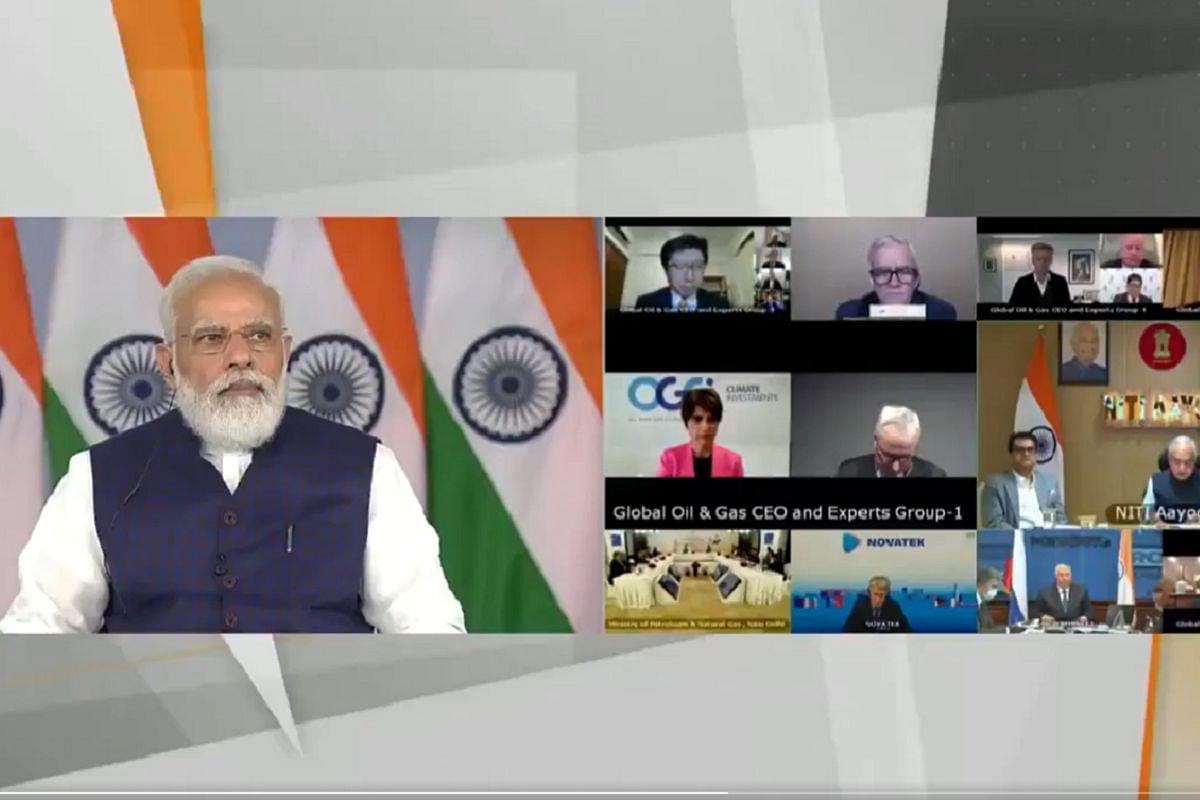 A screengrab of the interactive meeting (DD News)

Prime Minister Narendra Modi interacted with the CEOs and experts of the global oil and gas sector on Wednesday (20 October) via video conferencing.

The Prime Minister (PM) discussed the reforms undertaken in the oil and gas sector in the last seven years, including the ones in exploration and licensing policy, gas marketing, policies on coal bed methane, coal gasification, and the recent reform in Indian Gas Exchange.

Talking about the oil sector, he said that the focus has shifted from 'revenue' to 'production' maximization. He also spoke about the need to enhance storage facilities for crude oil.

He further talked about the rapidly growing natural gas demand in the country, the current and potential gas infrastructure development, including pipelines, city gas distribution and LNG regasification terminals.

The PM recounted that since 2016, the suggestions provided in these meetings have been immensely useful in understanding the challenges faced by the oil and gas sector.

He said that India is a land of openness, optimism and opportunities and is brimming with new ideas, perspectives and innovation. He invited the CEOs and experts to partner with India in the exploration and development of India's oil and gas sector.

They praised several recent achievements of the government towards improving energy access, energy affordability and energy security. They said that India is adapting fast to newer forms of clean energy technology and can significantly shape global energy supply chains.