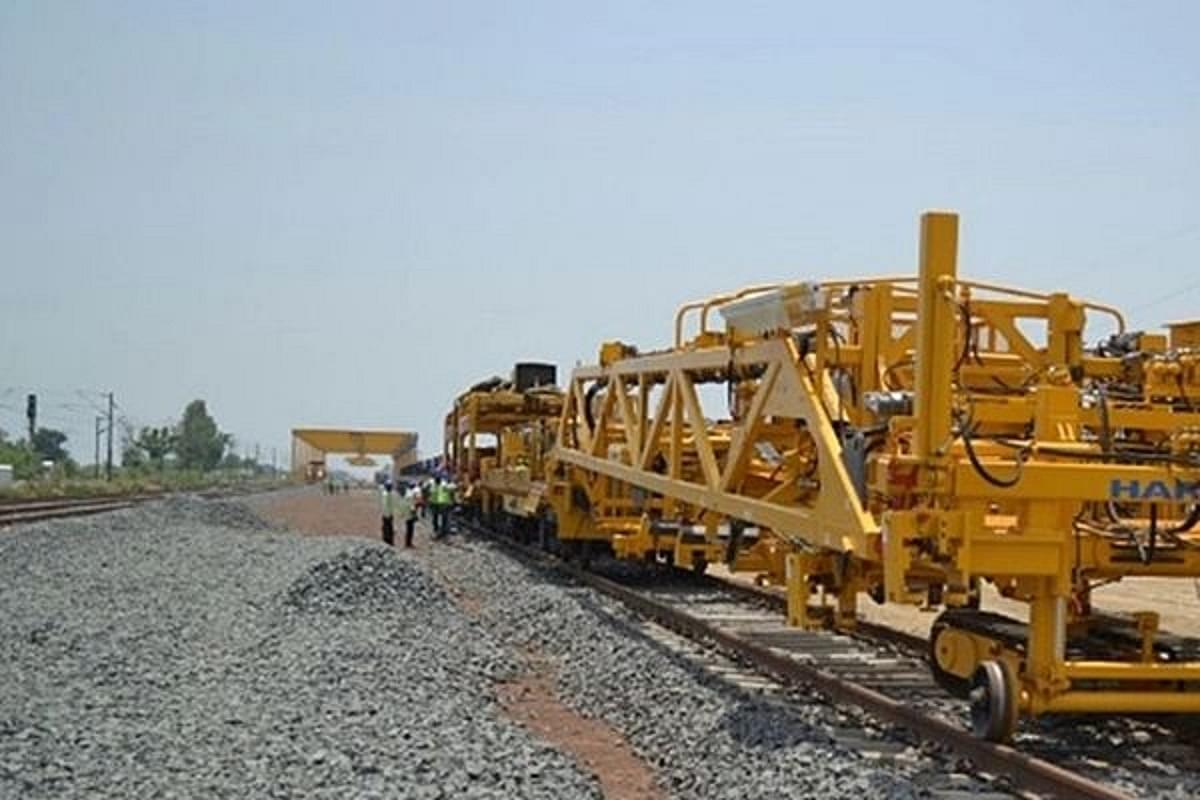 A railway line under construction

The total estimated cost of the Rajkot-Kanalus section doubling project will be Rs 1,080.58 crore and its escalated or completion cost is Rs 1,168.13 crore. The total length of doubling of line is 111.20 km and the project will be completed in four years.

According to a Ministry of Railways statement, the existing goods traffic handled on the section mainly consists of Petroleum, Oil and Lubricant (POL), Coal, Cement, Fertilizer and Food grains. The freight is generated from industries connected to private sidings taking off from the project route alignment.

The single line broad-gauge section between Rajkot-Kanalus has become over saturated and there is a need for additional parallel BG line to ease out operational working, the ministry said.

It added that 30 pairs of passenger/mail express trains are plying on the section and existing line capacity utilisation with maintenance block is up to 157.5 per cent.

The ministry said that detention to both goods and passenger traffic will be reduced considerably after doubling of the railway line.

Doubling of the section will increase the capacity and more traffic can be introduced on the system. The proposed doubling from Rajkot to Kanalus would lead to all round development of Saurashtra region, the ministry added.

The CCEA also approved the doubling of Nimach-Ratlam railway line in Madhya Pradesh. The etimated cost of the project will be Rs 1,095.88 crore and its completion cost is Rs 1,184.67 crore, according to the Railway Ministry.

According to the ministry, the line capacity utilisation of Nimach-Ratlam section is up to 145.6 per cent with maintenance blocks. Project route section has become over saturated well above optimum capacity even without maintenance block, it added.

The main inward freight traffic carried is coal for captive power plants of cement companies. Traffic on the section will further increase on account of new cement industries coming up due to availability of huge deposits of cement grade lime stone in Nimach-Chittorgarh area, the ministry said.

Doubling of Nimach-Ratlam section will increase the capacity of section due to which more goods and passenger trains can be introduced on the system, it added.

This will provide easy of connectivity as well as well result in socio-economic development of region. The project will also boost tourism in the area as many historical sites including Fortof Unchagarh are situated in the project area, the ministry said.