Target Of $5 Trillion Indian Economy Not Possible Without Development Of Northeast: Amit Shah 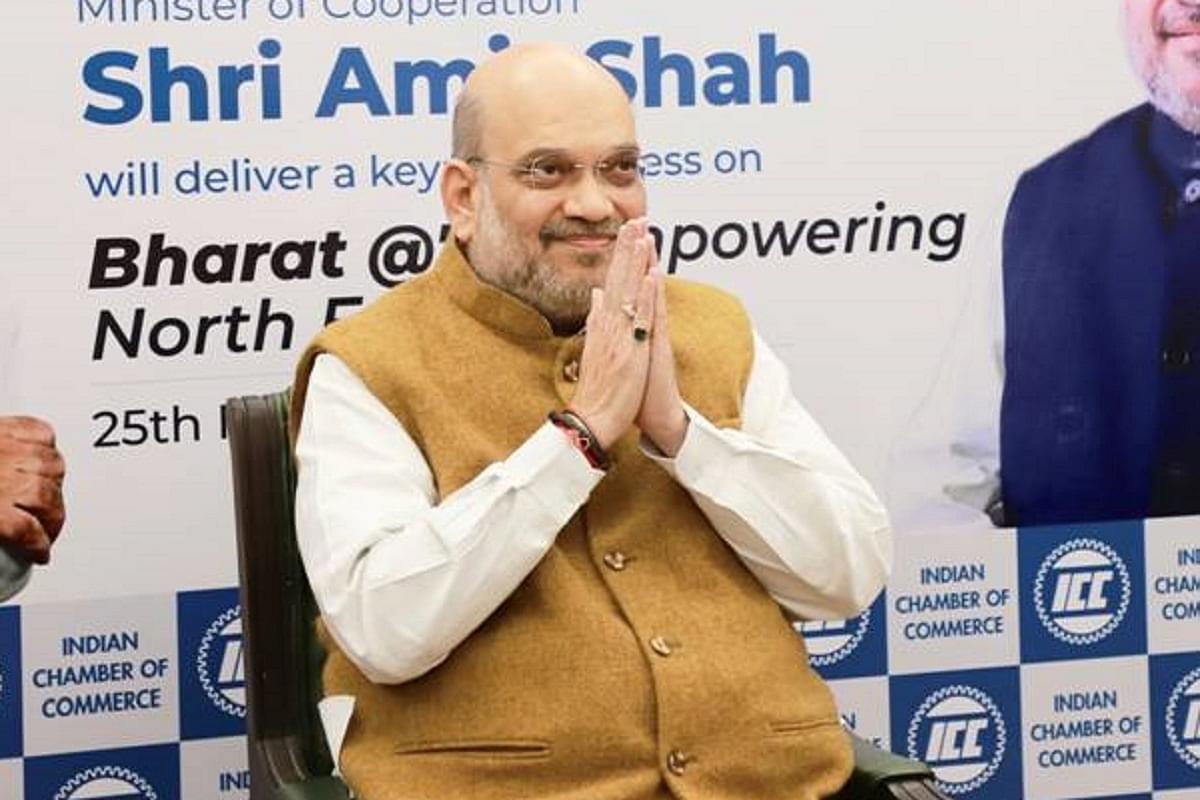 Union Home Amit Shah on Thursday (25 November) said that PM Modi's target of making India a $5 trillion economy cannot be achieved without the development of the Northeastern part of the country.

Addressing the annual Session and AGM of the Indian Chamber of Commerce (ICC) on the theme "India@75 – Empowering North-East India" through video conferencing, Shah said said that in 2014, when the then Chief Minister of Gujarat Narendra Modi became the Prime Ministerial candidate, he had shared his vision for the development of India as well as the development of the Northeast.

The Prime Minister had said any country cannot progress unless there is all-inclusive, all-pervasive and balanced development, he added.

Shah said the Northeast is a very important region of the country and unless it is connected with the rest of India in every aspect, there will be no sense of unity and the development of the Northeast as compared to rest of India is not possible if there is no peace and prosperity.

Since the Narendra Modi government came to power in 2014, we have taken forward the development of Northeast in a phased manner, he said.

He further added that PM Modi has said that the 25 years from 75 to 100 years of our Independence will be the most productive years and in these 25 years, we have to progress with the view that India should be globally first in every field.

In the field of economic development, Prime Minister Modi has set a target of $5 trillion economy before us and this cannot be possible without the development of the Northeast, Shah said.

He said that before 2014, there was a huge mental gap between the rest of India and the North East. The minister added that after Modi’s government came to power in 2014, the first thing the Prime Minister did was to bridge this mental gap and focussed on the North East, and began sending a Union Minister there every 15 days.

He said the government has integrated the three Es- Empathy, Empowerment and Enabler for the development of the Northeast and wants to move forward with these three Es.

Appealing to the ICC and its members, he said that they should look at the North East from a different perspective, know the change that has come and invest, said a Home Ministry release.

Time has come to invest in the North East, empower it, connect it with the rest of the country and promote its development. It is the responsibility of all of us to fulfill the development envisioned by the Prime Minister.