'Police Keeping Him In Custody By Hook Or By Crook': Calcutta High Court Orders Immediate Release Of Suvendu Adhikari's Aide 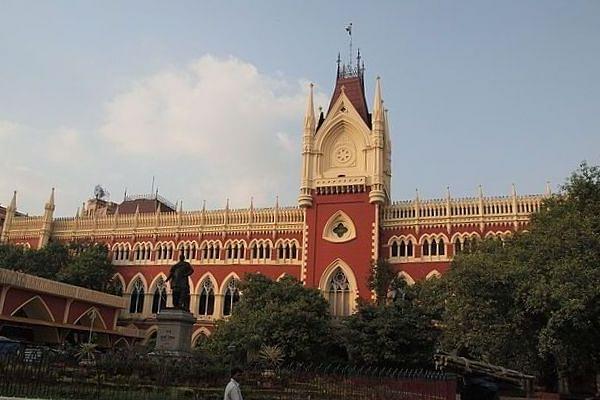 Yesterday (2 August), the Calcutta High Court (HC) ordered immediate release of Bharatiya Janata Party (BJP) leader Suvendu Adhikari's aide, Rakhal Bera, questioning the administration's motive for keeping him in custody, reports Times of India. The court further said that he couldn't be arrested in any other case without the HC's permission.

Bera is stated to be a close associate of leader of opposition in West Bengal Assembly Suvendu Adhikari.

Justice Rajasekhar Mantha observed that there seemed to be a pattern of coordination between the police and administration to keep the said person in custody by hook or by crook — on one pretext or the other, by filing one first information report (FIR) after another.

Bera's lawyers submitted in the court that their client was being victimised because of political vendetta. They said that the Trinamool Congress (TMC) government was filing false cases against him for changing affiliation and being close to the current leader of opposition in the assembly.

They further informed the court that when Bera was enlarged on bail in connection with an FIR registered at Manicktala Police Station, another case was registered in Contai Police Station in Purba Medinipur district and he was immediately arrested thereafter. Reportedly, five cases have been filed against Bera on various charges, including allegations of promise of jobs in lieu of money.

Adhikari, who left TMC for BJP in December 2020, defeated his opponent and incumbent Chief Minister Mamata Banerjee for the Nandigram seat in the recent assembly elections.

The state lawyers claimed that the complaint filed against Bera were by private parties and the police were just doing their job. They argued that there was no correlation between the FIRs and that Contai police had recovered substantial evidence against Bera.

Sujit Dey, a resident of Kalyangarh, had accused Bera and others of duping people by promising government jobs. He filed a complaint against him at the Manicktala Police Station.

Dey said that the accused organised a camp inside a flat at the Saha Institute of Nuclear Physics Cooperative Housing Society on Kolkata's Manicktala Road sometime between July 2019 and September 2019 and "collected huge amounts of money" on the pretext of offering a job in Group D (field staff) of the West Bengal irrigation and waterways department.

Pursuant to the complaint, Rakhal Bera, Chanchal Nandy and others were booked under relevant sections of the Indian Penal Code (IPC) and taken into custody.

"This Court directs that the petitioner shall be forthwith released from custody," Justice Mantha ordered. He further said that the state police may register FIR against the petitioner but "he shall not be arrested without the express leave of this court."

The HC ordered the administration to submit the list of all the cases pending against Bera anywhere in the state and directed the latter to cooperate in the investigation.

As per the court order, Rakhal Bera got bail after two months in prison yesterday.