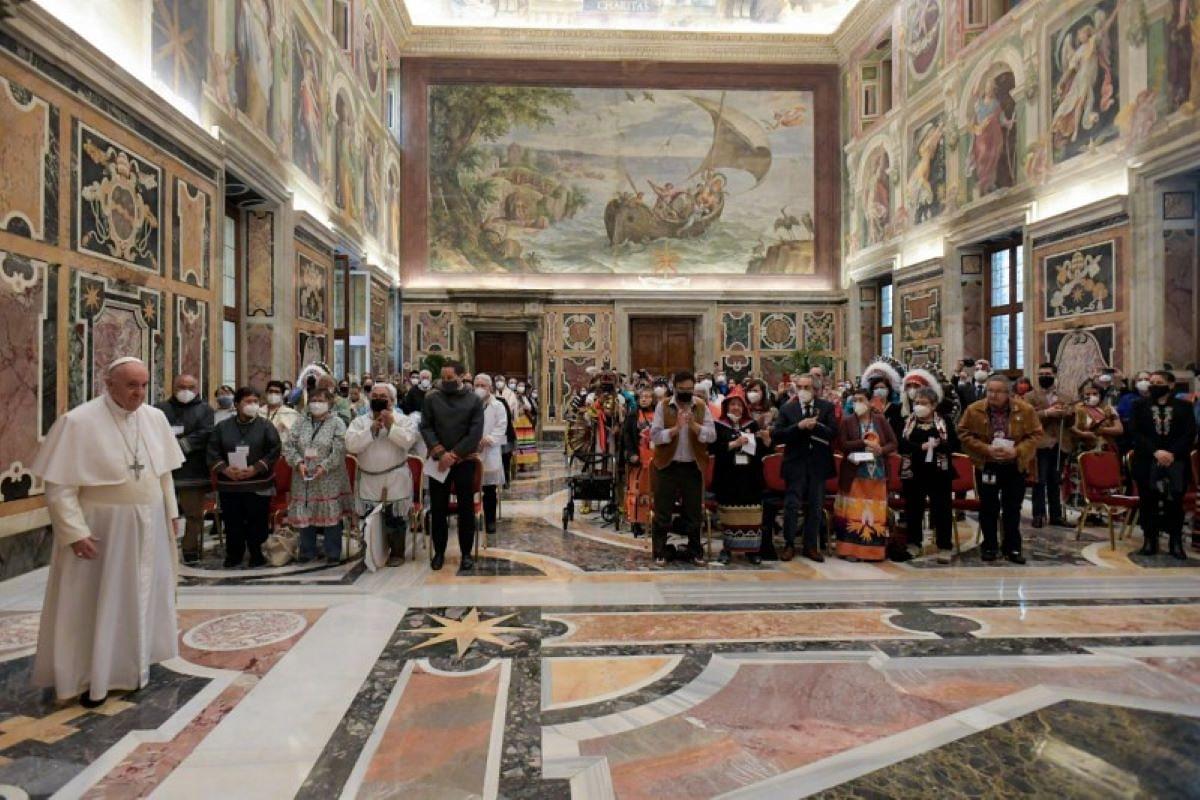 Pope Francis has tendered an apology and sought forgiveness for the large-scale abuses of indigenous people in Canada’s residential schools run by Catholic missionary institutions.

“Listening to your voices, I was able to enter into and be deeply grieved by the stories of the suffering, hardship, discrimination and various forms of abuse that some of you experienced, particularly in the residential schools,” Francis said today (Apr 1).

“For the deplorable conduct of those members of the Catholic Church I ask God’s forgiveness and I would like to say to you from my heart: I am very sorry,” Francis said.

Ideological colonization, he said, is something that is still happening today. Political, ideological, and economic colonization are driven by greed and thirst for profit, with little concern for peoples, their histories and traditions, and humanity’s common home.

Francis met representatives from three of Canada’s Indigenous peoples on today, after holding individual meetings with delegations of the Assembly of First Nations, the Metis, and Inuit communities.

From the 19th century, more than 150,000 First Nations children were forced to attend state-funded Christian schools as part of a program to assimilate them into mainstream Canadian society.

The indigenous children were forced to convert to Christianity and not allowed to speak their native languages. Many were beaten and verbally abused, and thousands died from disease, neglect and suicide. Up to 6,000 are said to have died. Physical and sexual abuse at the hands of school authorities led others to run away.

Read: Canada: Unmarked Graves Of 751 Indigenous Children Discovered At The Site Of A Residential School Operated By Catholic Church