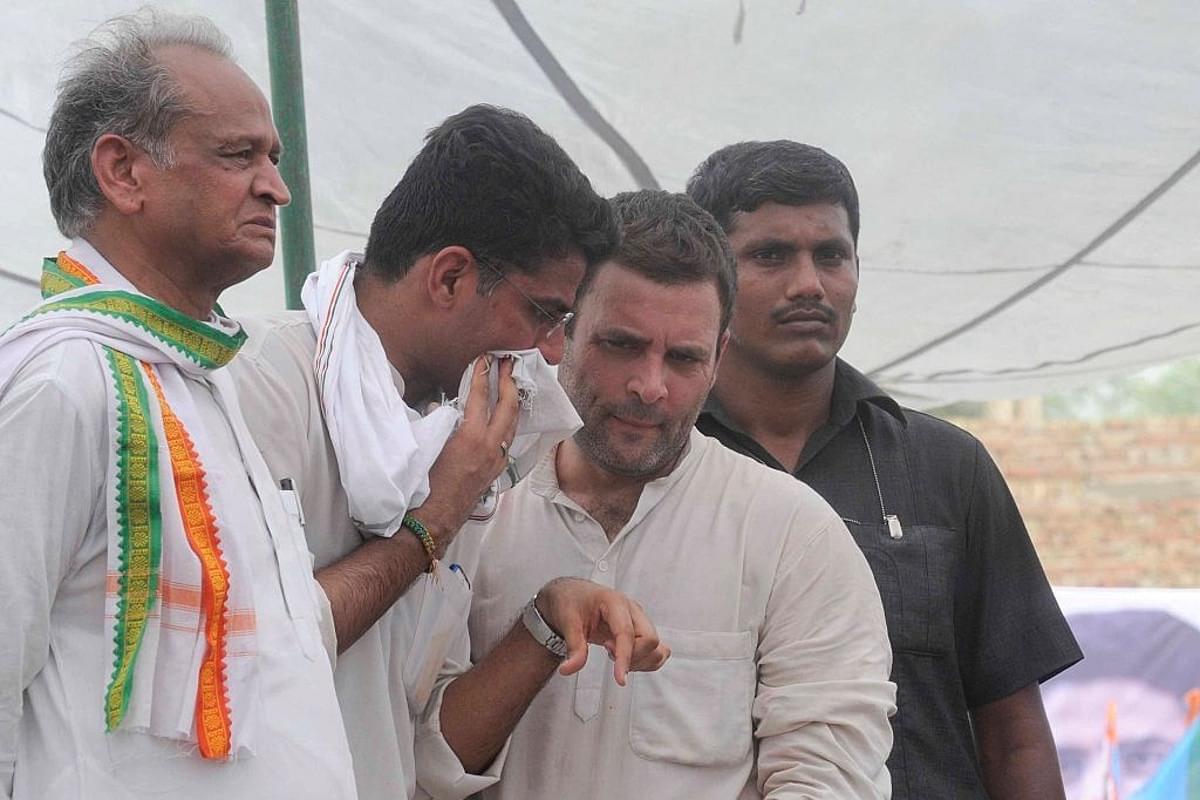 Chief Minister of Rajasthan and the strongest contender for Congress’s President post, Ashok Gehlot is proving to be unmanageable for the Nehru-Gandhi family.

In a dramatic turn of events, 80 of the Congress MLAs in Rajasthan, considered part of the Gehlot camp threatened resignation ahead of a legislature party meeting which was likely to pick his successor. The MLAs complained about the high command not taking their opinion and instead forcing the name of Sachin Pilot, considered Gehlot’s arch nemesis.

The talk of change in the Rajasthan government’s leadership began brewing as Gehlot’s name for party presidency started picking up steam. Gehlot, who was being considered as Gandhi family’s unofficial candidate for the post, had expressed his desire to retain the chief ministership while taking over as the Congress party president.

However, his hopes were dashed by Rahul Gandhi, who asserted that the party would adhere to the “one man-one post principle”.

For Gehlot, more than leaving his CM post, it is the possibility of Pilot taking over, whom he considers having fashioned a coup to bring down his government in 2020, that is proving to be a much bitter pill to swallow.

As per sources, Gehlot had recommended the name of Rajasthan speaker, C P Joshi to replace him.

In a Congress Legislature Party scheduled on 25th September, a discussion on the name of Gehlot’s successor was to be held with Congress observer, Mallikarjun Kharge and AICC general secretary for Rajasthan, Ajay Maken, along with Gehlot at his residence. Pilot had reached the venue separately. About 25 legislators were also present, as per PTI sources.

However, before the meeting could take place, a large group of MLAs loyal to the chief minister held a meeting at Minister Shanti Dhariwal's residence and decided to go to Speaker C P Joshi's residence to submit their resignation.

There was a strong indication of Pilot’s name being announced as the new CM with the backing of the Gandhi family.

The internal revolt, most likely fashioned by Gehlot himself, has put those plans on the back burner. The events of last night have also put a big question mark on the standing of the Gandhis within their own party.

Maken told the reporters that the interim Congress President, Sonia Gandhi has asked Kharge and him to stay put in Rajasthan and have a one on one talk with the revolting MLAs over the night.  However, the angered MLAs remain defiant.

For the time being, it seems to be a win in favour of Gehlot camp with the decision on replacing Gehlot as Rajasthan's CM has been deferred until the announcement of the name of the new Congress President. The election results are scheduled to be declared on October 18.

Rajasthan is set to go to polls next year. It is the only large state left with Congress. A similar change in state leadership occurred in Punjab prior to the elections in 2022. As a result, the party was routed in the election, giving way to Aam Aadmi Party.

A similar fate seems to be awaiting the Congress in Rajasthan.