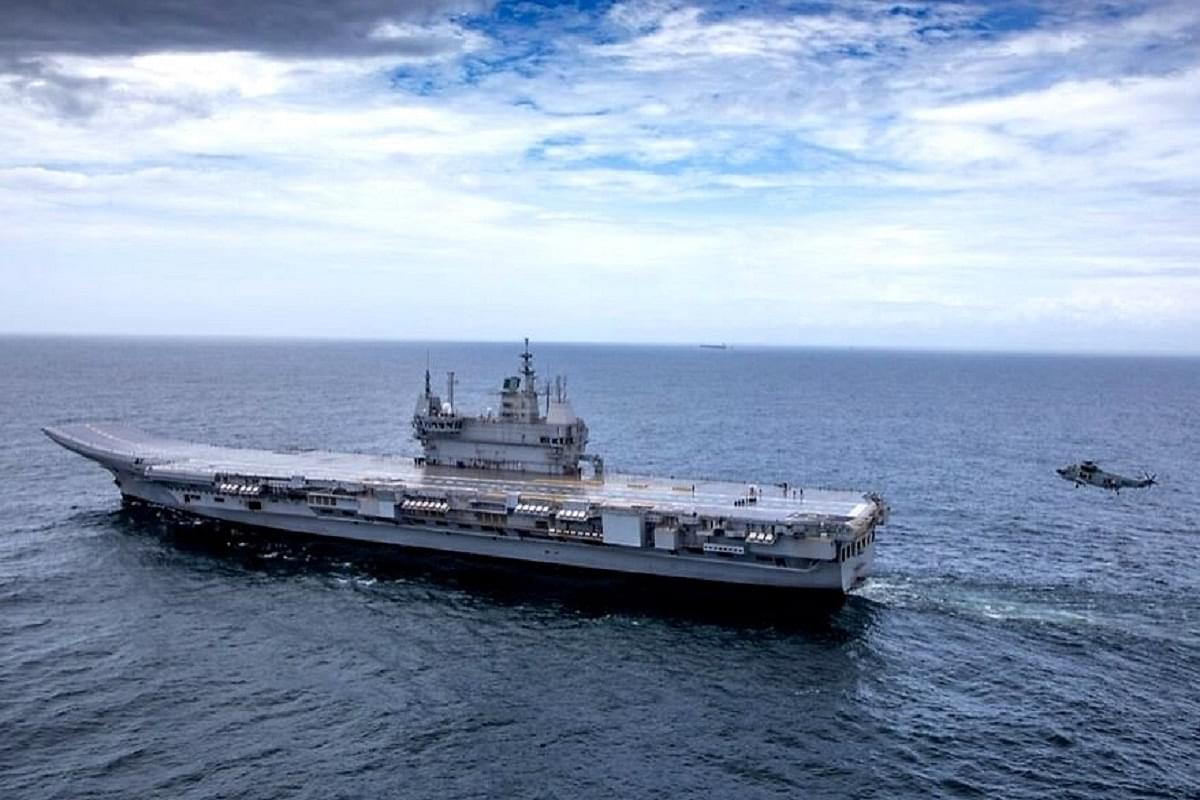 Modi commissioned the carrier, housing state-of-the-art automation features and built at a cost of Rs 20,000 crore, at the Cochin Shipyard.

During the event, Modi also unveiled the new Naval Ensign (Nishaan), doing away with the colonial past.

The Navy had earlier said the new insignia will be befitting the rich Indian maritime heritage.

With the commissioning of Vikrant, India joined a select group of nations having the niche capability to indigenously design and build an aircraft carrier.

He said the aircraft landing trials on board INS Vikrant will begin in November and they will be completed by mid-2023, adding MiG-29K jets will operate from the warship for the first few years.

The commissioning of Vikrant is being seen as a significant step towards India's self-reliance in the defence sector.

With the construction of 'Vikrant', India has joined a select group of nations such as the US, the UK, Russia, China and France, having the niche capability to indigenously design and build an aircraft carrier.

The warship has been built using indigenous equipment and machinery supplied by India's major industrial houses as well as over 100 MSMEs.

With the commissioning of Vikrant, India will have two operational aircraft carriers, which will bolster the maritime security of the nation.

Designed by the Warship Design Bureau (WDB), Indian Navy's in-house organisation and built by public sector undertaking Cochin Shipyard Limited, the carrier is christened after her illustrious predecessor, India's first aircraft carrier which played a vital role in the 1971 war with Pakistan.

Vikrant means victorious and gallant. The foundation for IAC was established in April 2005 by ceremonial Steel Cutting.

The warship grade steel required for construction of IAC was indigenised through Steel Authority of India Limited (SAIL) in collaboration with Defence Research & Development Laboratory (DRDL) and the Indian Navy. The hull fabrication progressed thereafter and the ship's keel was laid in February 2009.

The first phase of ship construction was completed with its successful launch in August 2013.

The 262 m long and 62 m wide Vikrant displaces approximately 43000 tonnes when fully loaded and has a maximum designed speed of 28 knots with endurance of 7500 nautical miles.

It has around 2,200 compartments, designed for a crew of around 1,600 that include specialised cabins to accommodate women officers and sailors.

The ship also has a full-fledged medical complex with latest equipment including physiotherapy clinic, ICU, laboratories and isolation ward.

Using a novel aircraft operation mode known as Short Take Off But Arrested Recovery (STOBAR), the IAC is equipped with a ski-jump for launching aircraft. It has a set of three 'arrester wires' for their recovery onboard.

Commissioning of 'Vikrant' would showcase the country's indigenisation capabilities, besides paying tributes to its freedom fighters and soldiers of the 1971 Indo-Pak war, a Defence statement had said.