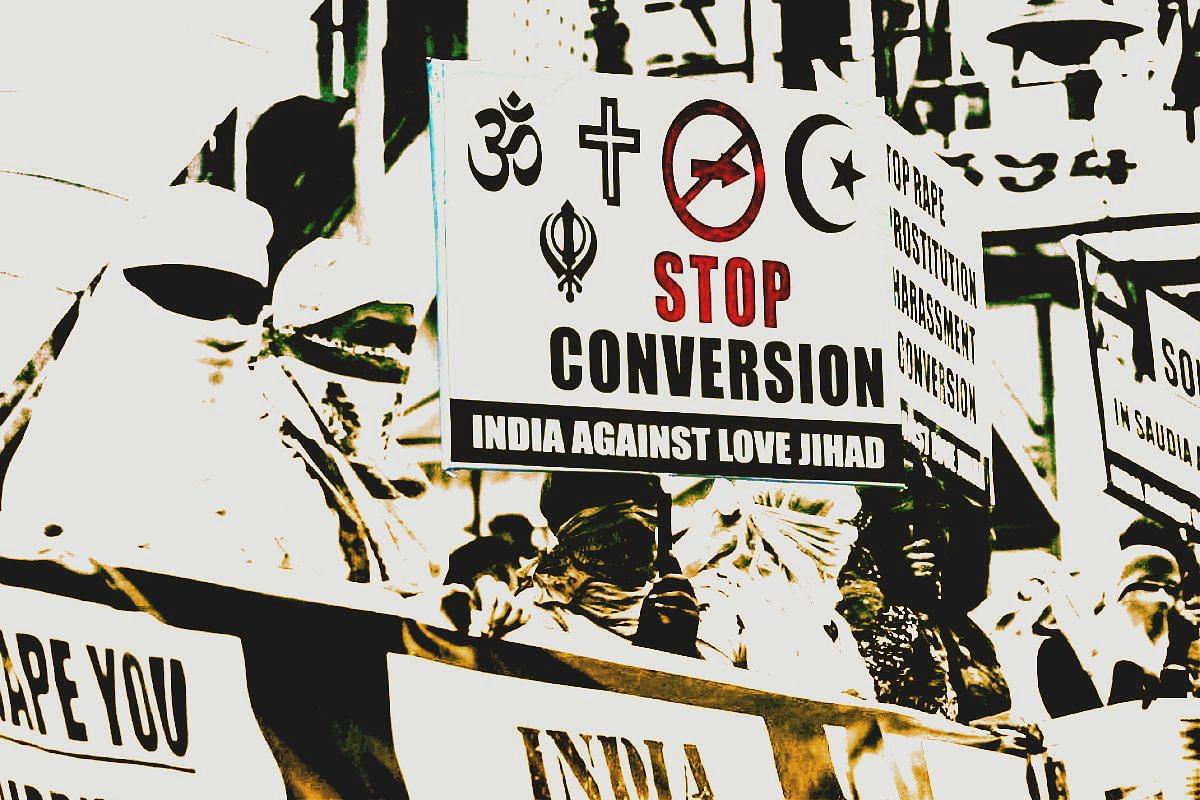 Protests broke out in Kashmir after reports surfaced about two Sikh girls who were allegedly kidnapped and then forcefully converted, thus falling victim to ‘love jihad’. Sri Akal Takhat Sahib, the highest temporal seat of Sikhism took a strong stance on the reports, requesting the Lieutenant-Governor in Jammu and Kashmir to bring in a law to prevent forceful religious conversions. Often, most of these conversions happen on the pretext of marriages.

The protests follow the alleged forceful conversion of an 18-year-old Sikh girl from the Badgam district. Reports state that the girl was lured and then forcefully converted at gunpoint. In another case, a girl has been allegedly abducted from Srinagar after she attended a marriage. Some reports state that she was married to a Muslim boy at the same function has been missing since.

The Gurudwara Parbandhak Committee, voicing urgent concern for the cases, urged for strong action stating that one of the girls was not mentally stable.

Leading the protests was Manjinder Singh Sirsa, one of the leaders from Shiromani Akali Dal (SAD). He requested local leaders in Srinagar to support the Sikh daughters in the valley, calling out the Mullanas and Muftis for support in his tweets. Sirsa was quick to cite the fraternity prevalent amongst the communities during the days of CAA protests to request action against forced marriages in the valleys.

Sirsa, who has mocked the law on forced conversion in Uttar Pradesh and Madhya Pradesh in the past, also requested a similar law in Jammu and Kashmir. Reaching out to Amit Shah, Sirsa demanded a law that would warrant permission of parents in inter-religion marriages in order to prevent forced nikahs of Sikh girls. However, people on social media were quick to point out the hypocrisy of Sirsa on the issue.

Sirsa met Manoj Sinha, LG of Jammu and Kashmir, on Jun 27, and took up the issue. As per Sirsa, the governor agreed to set up a minority commission to address the issues of minority Sikhs. He also took up the issue of the local Gurudwara and the land issues related to it.

Earlier today (June 28), Sirsa confirmed speaking to Amit Shah over a telephone call, stating that he was assured of a strong response by the Centre.

The developments in the valley are also closely being monitored by Akali leader Sukhbir Singh Badal who has been tweeting in support of the law. For the centre, ensuring a law similar to that in Uttar Pradesh could be the first go-to move as the search for the abducted girls goes on.