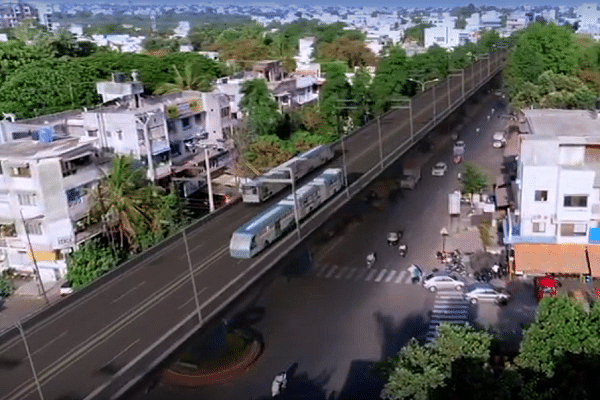 After the appraisal of Nashik Metro Neo Project, the Public Investment Board (PIB) under Ministry of Finance on Thursday (25 March) has recommended the project paving way for its sanction by the union government.

The Modi government has allocated Rs 2,092 crore for Nashik Metro Neo project. The Metro Neo Project in Nashik is going to have two corridors. Both the corridors will combinedly extend up to 32 km with 25 stations. It will be executed by Maharashtra Metro Rail Corporation Limited (MahaMetro).

On Nashik Metro, a MahaMetro official said, "It is like a tram running on elevated tracks. It will be powered by batteries, which will be charged electrically. The cost of such a system is Rs 75 crore per km against Rs 150 crore of conventional Metro. Nasik Metro will also be soon cleared by the Union cabinet."

In February 2021, Finance Minister Nirmala Sitharaman in her Budget speech announced the deployment of Metro Lite and Metro Neo to provide metro services at much less cost with the same experience, convenience and safety in Tier II cities and peripheral areas of Tier I cities.