#PulwamaNahinBhulenge: One Year On, A Memorial For CRPF Martyrs 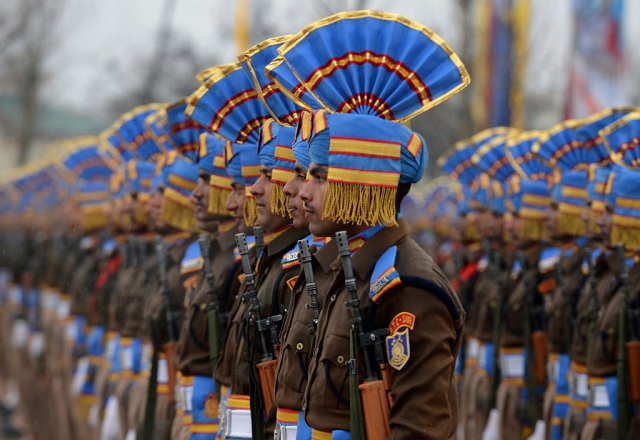 As India remembers the men in uniform who laid down their lives last year this day (February) at Pulwama, a memorial for the martyrs of the attack was inaugurated today at the CRPF’s Lethipora Camp in Pulwama district of Jammu and Kashmir.

The memorial stands few metres away from the site where 40 CRPF soldiers were martyred in a brutal suicide bomber attack. It will have names and pictures of all the 40 personnel and the motto of the Central Reserve Police Force (CRPF) -- ‘Seva and Nishtha’ (Service and Loyalty), as reported.

“The supreme sacrifices of the 40 jawans has furthered increased our resolve to eliminate enemies of the country,” said Additional Director General of CRPF Zulfiquar Hasan, as quoted by the Hindustan Times.

Jaish-e-Mohammed terrorist Adeel Ahmed Dar had driven an explosive-laden car and blown himself off next to the convoy of the CRPF soldiers. “We were always extra alert during our movement but now an extra layer of alertness has been added to it,” said Hasan.

All the conspirators of the attack have been killed before the first anniversary of the attack including the JEM commander Qari Yasir who was killed in Avantipora on the eve of Republic Day.

A special guest at a wreath-laying ceremony was Bengaluru-based pharmacist turned musician Umesh Jadhav who had been on a mission to visit the families all the 40 fallen men and collect soil from their houses and cremation grounds.

The earthen urn that has the soil that he collected on his nationwide yatra were placed at the memorial.

Covering a total of 61,000 kms , Jadhav spent 2019 travelling to the homes of the martyrs across the country garnering support for the soldiers and BharatKeVeer.