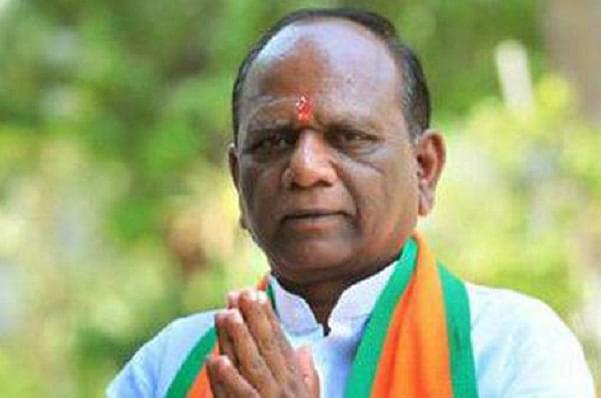 Member of Parliament in the Lok Sabha and senior Bharatiya Janata Party leader from Bharuch, Mansukh Bhai Vasava, has resigned from the party. He has said that he will resign from the Lok Sabha during Parliament's budget session.

This report says that he has written a letter to the state BJP president, CR Paatil, in this regard.

He has said in the letter, "I have been loyal to the party. I have taken care of party's values. However, after all I am a human being. A man makes mistakes knowingly or unknowingly. I am resigning from the party so that my mistake may not cause damage to party."

MP Vasava's resignation has reportedly come days after he wrote to Prime Minister Narendra Modi. He has been seeking the withdrawal of a Ministry of Environment, Forest and Climate Change (MoEFCC) notification which declares 121 villages in Narmada district as "eco-sensitive zone" — to “mitigate the protests” by the resident tribal communities.

He added that he will meet the Speaker in person and hand over his resignation from the Lok Sabha.

Vasava has been reportedly upset regarding his party's "lack of response" on issues surrounding his constituency. The issue involves people from the village communities in the Narmada district.

Recently, this report says, the General Administration Department of the state government released a management plan for the Statue of Unity Area Development and Tourism Governance Authority.

Under the proposed plan, 201 personnel "were to be recruited for operation and maintenance of water supply, sewage lines, roads, parking, lights as well as decorative lighting in the area of 25 sq metres in Kevadia colony."

A report mentions that a letter from the local Narmada Mamlatdar to villages said, “As per the letter of the Deputy Conservator of Forests (DCF), Narmada, dated January 21, 2020, the Ministry of Environment, Forest and Climate Change (MoEFCC) has published a final notification declaring eco-sensitive zone around Shoolpaneshwar Wildlife Sanctuary in Narmada on May 5, 2016. Accordingly, as per the provisions of the said notification of the central government, several activities will now stand prohibited in the eco-sensitive zone. The lands in the eco-sensitive zone — including that of the forest department, horticulture department, for agricultural use, plots reserved for parks — will not be allowed to be transferred for non-agricultural use, like commercial, industrial or residential purposes.”

Villager communities have reportedly opposed the “complete hold” on the lands — as guaranteed by the Provisions of the Panchayats (Extension to Scheduled Areas) Act, 1996 (PESA).

He has reportedly written to the 121 village heads and asked them to "use the upcoming gram sabhas to pass resolutions against the government order for implementation of the MoEFCC notification."

In the background, another development has taken place in the region.

The Bharatiya Tribal Party (BTP) has announced an alliance with Asaduddin Owaisi’s All India Majlis-e-Ittehadul Muslimeen for Gujarat polls to give "stiff competition" to the BJP and Congress.

This report mentions that in Bharuch, "tribal strongman" Chhotu Vasava said: “Owaisi will come to Gujarat for campaigning in the future elections. Our common agenda is to work for providing jobs to the unemployed youths, bring down inflation and control the price hike in petrol, diesel and other commodities."

He said that the Congress had betrayed them in the past.