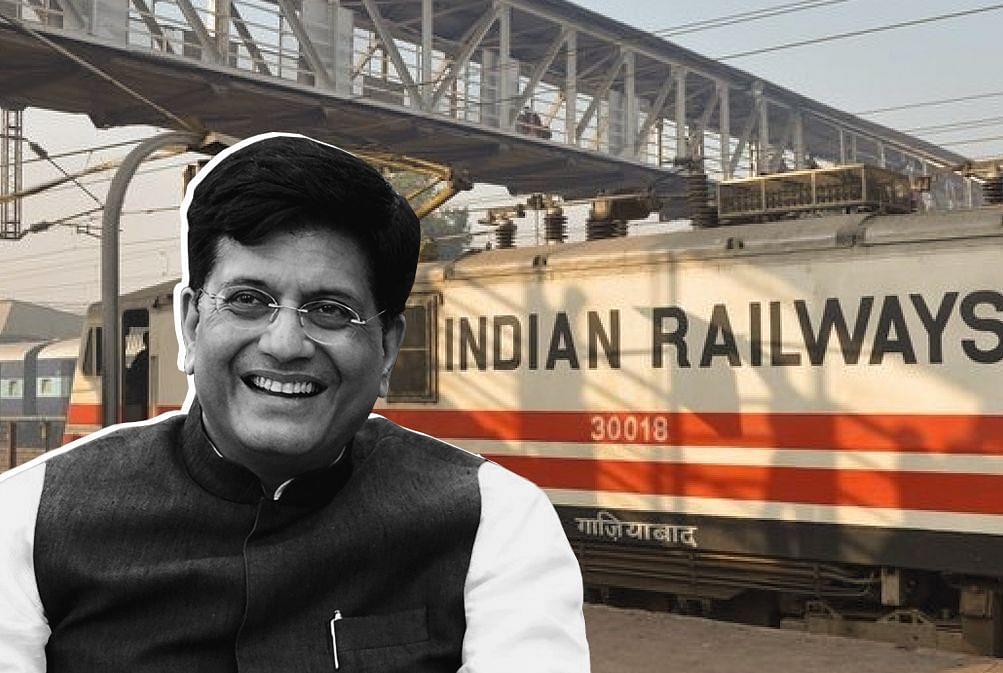 Many projects in West Bengal are facing delays due to land acquisition and approval issues, many of which can be resolved if the state government extends cooperation, Goyal said while inaugurating several rail projects in the state.

He said that the railways can play an important role in Prime Minister Narendra Modi's vision to make West Bengal a leading state in trading and business activities in the country by providing better connectivity and amenities.

"The sad part is we have projects in West Bengal which were approved many years ago but have not seen the light of the day because of problems of land acquisition or approvals or various other reasons.”

Inaugurating a number of infrastructure projects of Eastern Railway through video conferencing, the minister said that delay in completion causes huge cost overrun and loss to the exchequer of the country besides not benefiting the people.

He said that timely availability of land, and other sanctions from the state government "would ensure that taxpayers’ money is properly utilised for the benefit of the people".

Wishing a "wonderful revival in the months and years to come for West Bengal" and the various projects that the Railways Ministry is planning to do in the state, Goyal said that just before Independence in 1946, it was first in terms of employment and second in terms of manufacturing in India.

"Over the years West Bengal got left behind in the race for development and progress, as is evident from the number of projects that we desired to do in the state but are stuck at different levels, largely owing to land acquisition problems," the minister said.

He said that railway infrastructure needs large and timely availability of land so that projects can be implemented on mission mode.

"There will be no dearth of money for projects in West Bengal," the minister said, underlining that the better the cooperation and approvals are received from the state government, the faster will these be completed with adequate funds from the Centre.

He said six pairs of kisan special trains are being run in West Bengal so far to provide higher benefits to the farmers by transporting their produce from the far-flung areas.

Goyal said in the last six years, Rs 19,811 crore has been invested in West Bengal for railway infrastructure development and another Rs 710 crore was spent for passenger amenities in the state.

The minister said that by December 2023, 100 per cent electrification of all railway lines in West Bengal will be completed. This, he said, will reduce pollution as well as increase speed of trains and ensure better services.

The minister dedicated to the nation the newly electrified 34-km Manigram-Nimtita section by flagging off a goods train and inaugurated road under bridges and foot over bridges in Howrah and Malda divisions of Eastern Railway.

The newly electrified Manigram-Nimtita Section, Road Under Bridge (RUB) near Malda and at Manigram, five foot over bridges at Khagraghat Road, Lalbagh Court Road, Tenya, Dahapara Dham and Niyalishpara stations and two foot over bridges at Sujnipara and Basudebpur stations, all these projects were inaugurated under Eastern Railway’s Malda Division through video conferencing.

In order to reduce carbon footprint and to promote green energy, the 34 km long Manigram-Nimtita section of Eastern Railway has been electrified at a cost of Rs 52.05 crore. This is a part of the high utility network, 'Sagar Purvodaya Sampark Line' from Howrah to Dibrugarh. This will help switching over freight rakes destined for Sagardighi Thermal Power Plant and Sonar Bangla Cement Plant from diesel to electric traction.

By 2023, all rail lines in Bengal are expected to be electrified which will increase train speed.