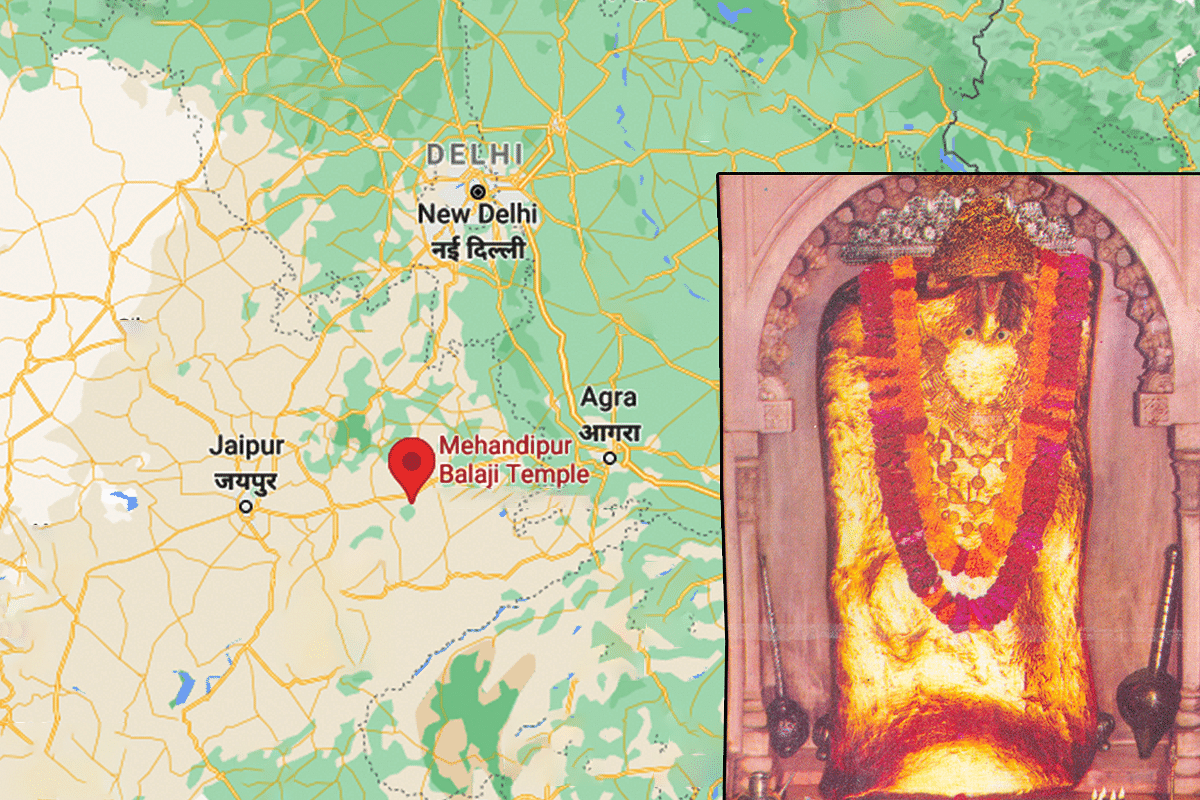 The Rajasthan government has initiated the process of acquiring control of the Mehandipur Balaji Temple, one of the most venerated Hanuman temples in the country, situated in Dausa district.

The assistant commissioner of the Devasthan Vibhag (government department for regulation of temples, charitable institutions and religious trusts) recently issued a public notification in this regard.

On the other hand, Vishwa Hindu Parishad, Dasnam Goswami Community (traditional care-takers of Mehandipur Balaji) and panchas (headmen) of 100 surrounding villages registered their protest against this decision and have warned the state government of a massive agitation.

It was after the demise of Mahant Kishor Puri on 8 August that the Dasnam society elected Ganesh Naresh Puri Maharaj as the mahant. While the process of inducting the successor on the seat of the mahant of Mehandipur Balaji (Shri Hanumanji) Temple was still going on, the state government issued a takeover notice on account of "mismanagement" in the temple.

In this regard, the stakeholders were asked to submit their suggestions, latest by 17 August, for the constitution of a 'management committee'. The assistant commissioner will forward these suggestions, with his comments, to the commissioner, Devasthan Vibhag. After this, the recommendations will be proposed before the state government to decide further action.

This state intervention in the temple affairs has antagonised various factions associated with the temple. Former Bharatiya Janata Party (BJP) state president Arun Chaturvedi, former minister Kalicharan Saraf and Golma Devi have reached out to Nareshpuri Maharaj and assured him that the BJP will fiercely oppose this move of the state government, reports Dainik Jagran.

Umashankar Sharma, central minister, termed this arbitrary move as a big "conspiracy" of the state government. VHP’s Suresh Upadhyay said that the parishad staunchly believes that all the temples in the country must be freed from government control, and should be managed by the Hindu society alone. He further said that the acquisition of Mehandipur Balaji would not be tolerated under any circumstances, reports Zee News.

The officials of the Dasnam Goswami Samaj asserted that the representatives of the Goswami community have been the mahants of Mehandipur Balaji Temple for hundreds of years, and now the government is unnecessarily and illegally interfering in temple affairs. Dasnam Samaj president Babu Bharti has sought an appointment with Chief Minister Ashok Gehlot to discuss the issue, reports Navbharat Times.

It is noteworthy that this is not the first instance of takeover of a Hindu temple by the Rajasthan government. Earlier, in February 2017, the world's most renowned Brahma Temple located in Pushkar, Ajmer, was acquired by the then Vasundhara Raje-led BJP government on similar charges of misappropriation of devotee donations.

However, at the moment, it is being mulled over if the state government can take over the management of Mehandipur Balaji Temple as per the rules of the Devasthan Vibhag. Given the rising disapprobation among the Hindu organisations, it wouldn't be as simple as it looks for the Congress government to take over the management of the Mehandipur Balaji Temple.