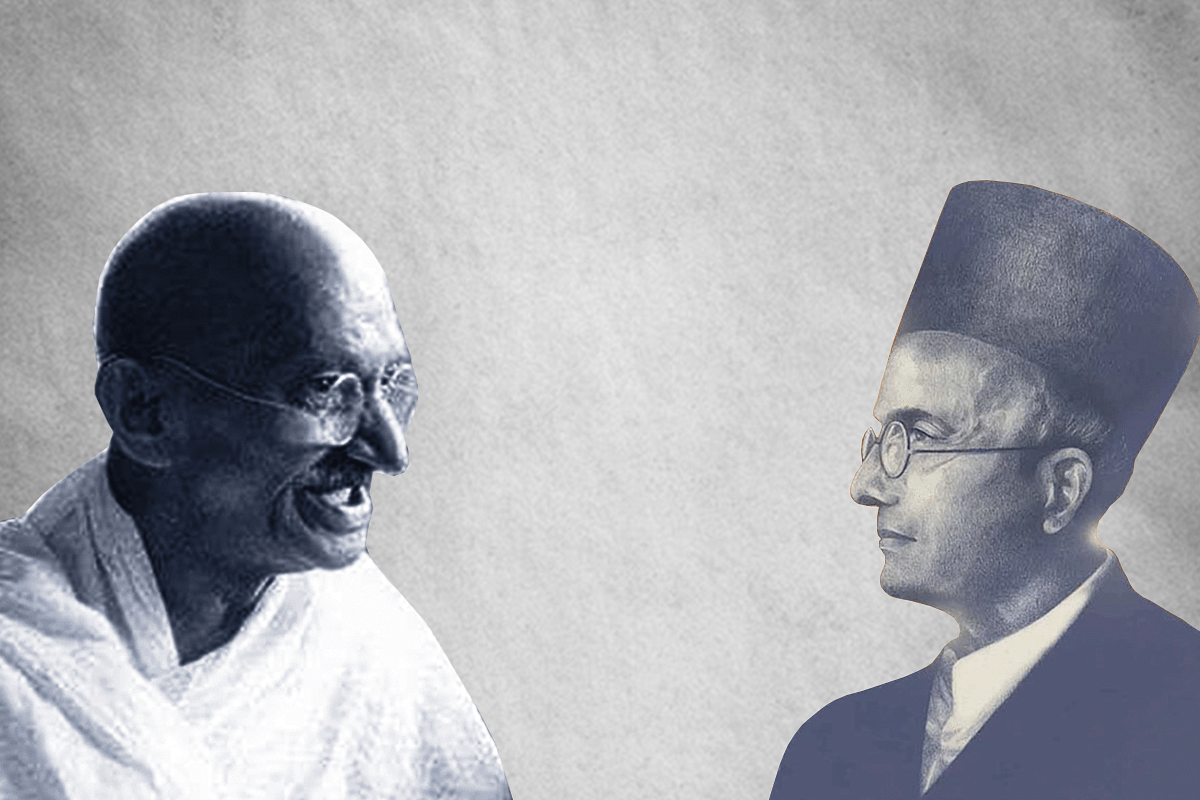 Defence Minister Rajnath Singh, who was at the Ambedkar International Centre in New Delhi on Tuesday (12 October) for the launch of a new book on Veer Savarkar, targeted those spreading "falsehoods" against the freedom fighter on the issue of his mercy petition.

"Mahatma Gandhi had asked that you file a mercy petition," the Defence Minister said at the launch of 'Veer Savarkar: The Man Who Could Have Prevented Partition' by Uday Mahurkar and Chirayu Pandit.

Congress leaders and left-wing activists, including Marxist historians, who have for decades attempted to limit Savarkar's legacy to his mercy petition and deny him the stature of a freedom fighter—a rightful place in history, have claimed that the Defence Minister's statement is false.

The claims made against Singh's statement have been dismissed by historian and author Vikram Sampath, who has written a two-part comprehensive biography (Penguin India) of Savarkar, hailed as the most authoritative account of the freedom fighters life.

Calling the controversy a "needless brouhaha", Sampath said that he has shared the fact in "countless interviews".

"I had stated already that in 1920 Gandhiji advised Savarkar brothers to file a petition and even made a case for his release through an essay in Young India 26 May 1920 (sic)," the historian said on Twitter.

Sampath has also shared the letter, reproduced in his book, in which Gandhi, responding to a letter from Dr Narayanrao Savarkar seeking advice to secure his elder brother's release, suggests a "brief petition".

"I have your letter. It is difficult to advise you. I suggest, however, your framing a brief petition setting forth the facts of the case bringing out in clear relief the fact that the offence committed by your brother was purely political," Gandhi writes to him in a letter dated 25 January 1920.

The letter is available on page 348 in Volume 19 of the 'Collected Works of Mahatma Gandhi' on the website of the Gandhi Ashram.

Sampath also states that Gandhi had made a case for Savarkar's release in an essay in Young India on 26 May 1920.

"Thanks to the action of the Government of India and..., many of those who were undergoing imprisonment at the time have received the benefit of the Royal clemency. But there are some notable "political offenders” who have not yet been discharged. Among these I count the Savarkar brothers," Gandhi writes in the essay, available on pages 368-371 in Volume 20 of the 'Collected Works of Mahatma Gandhi'.

"The public are entitled to know the precise grounds upon which the liberty of the brothers is being restrained in spite of the Royal Proclamation which to them is as good as a royal charter having the force of law," Gandhi says in the essay.