Remember 'Fight Club'? In China, It Ends With Edward Norton's Character Being Caught By Police 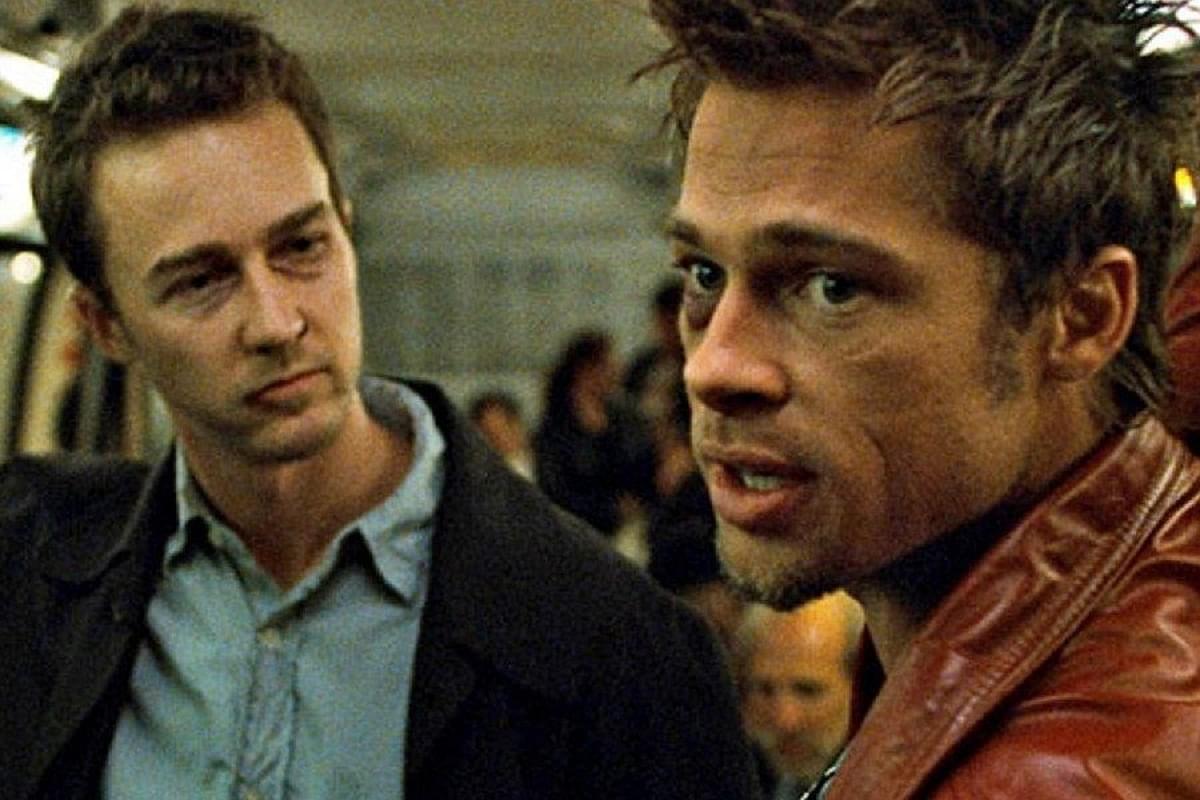 Norton and Pitt in a scene from the film.

The end of David Fincher’s 1999 cult classic movie Fight Club has been changed in China.

At the end of the movie, Edward Norton's character the narrator murders his fictitious alter ego Tyler Durden — played by Brad Pitt — and then watches as various buildings explode, which suggested his character’s plan to bring down the modern civilisation that is in the works. But it has been given a new makeover — with Chinese characteristics — after more than 20 years.

The popular Oscar nominated Hollywood movie, which stars Helena Bonham Carter along with Pitt and Norton, was recently released on the Chinese streaming service Tencent Video.

Fight Club tells the story of a melancholy man Norton who suffers from sleeplessness and meets a bizarre soap salesman named Pitt, who soon finds himself living in his squalid abode after his perfect apartment is damaged. The two bored men start an underground club with stringent rules and battle other men. But their partnership is jeopardised when Marla, played by Carter, a fellow support group crasher, catches Tyler's eye.

In the Chinese version, Tyler is killed by the narrator, and the bursting scene is replaced by a black screen with a caption that reads, “The police rapidly figured out the whole plan and arrested all criminals, successfully preventing the bomb from exploding”.

“After the trial, Tyler was sent to lunatic asylum receiving psychological treatment. He was discharged from the hospital in 2012,” the caption says.

As the dramatic change was noticed over the weekend by the movie fans in China, it caused confusion among the viewers who already watched the original version. This change has also sparked outrage among fans as many of the viewers took to social media to express their discomfort.

One of them commented: “This is too outrageous. Fight Club on Tencent Video tells us that they don’t just delete scenes, but add to the plot too.”

Another person on the Chinese social media site Douban wrote, “It's too much to directly change the ending of the movie, bullying people who haven't seen the original? Still imitating the official subtitles and adding a text version of the harmonious ending, it tastes like that… it is not promoting positive energy. What does it mean to change the ending?”

It was not immediately clear who exactly is responsible for the change but it isn't the first time in China that a film's sequences have been altered.

Some viewers think that it was modified due to China's tight censorship restrictions.

A Singaporean Twitter user, Henry Gao, who is a law professor specialising in China said: “In case anyone is wondering, this is apparently done to comply with Chinese regulations banning certain information on the internet, as I discussed in my paper.”

He shared a picture of the section of his published paper — Data Regulation with Chinese Characteristics.

It states: “The main content regulation is the 2000 Administrative Measures on Internet Information Services, which states in Article 15 that Internet Information Service Provider shall not produce, copy, distribute or disseminate information that is contrary to the basic principles laid down in the Constitution, laws or administration regulations; is seditious to the ruling regime of the state or the system of socialism; subverts state power or sabotages the unity of the state; incites ethnic hostility or racial discrimination, or disrupts racial unity; spreads rumours or disrupts social order; propagates feudal superstitions; disseminates obscenity, pornography or gambling; incites violence, murder or terror; instigates others to commit offences; publicly insults or defames others; harms the reputation or interests of the State; or has content prohibited by laws or administrative regulations.”

In 2019, in the Chinese edition of Oscar-winning Bohemian Rhapsody, many sequences addressing Freddie Mercury's sexuality were omitted. In 2020, following Chinese President Xi Jinping's crackdown on freedom of expression, the China Independent Film Festival (CIFF) was indefinitely halted. Many of the films shown at the festival, which began in 2003, dealt with difficult or unsuitable topics for the Communist Party, including homosexuality and political history.

In the case of Fight Club, Dr How Wee Ng, who teaches Chinese film and media at the University of Westminster, said: “The new Chinese version of Fight Club puts the power back into the hands of the police and implies an ideal closure in line with the Chinese state discourse in which the symbiotic relationship between the police and the state is a given.”

He explained that this treatment is popular in much Chinese crime and violence-themed television dramas and films. Ironically, the severity with which censorship is implemented originates from a Chinese historical dread of social instability and the assumption that the status quo is under attack, Dr How added.