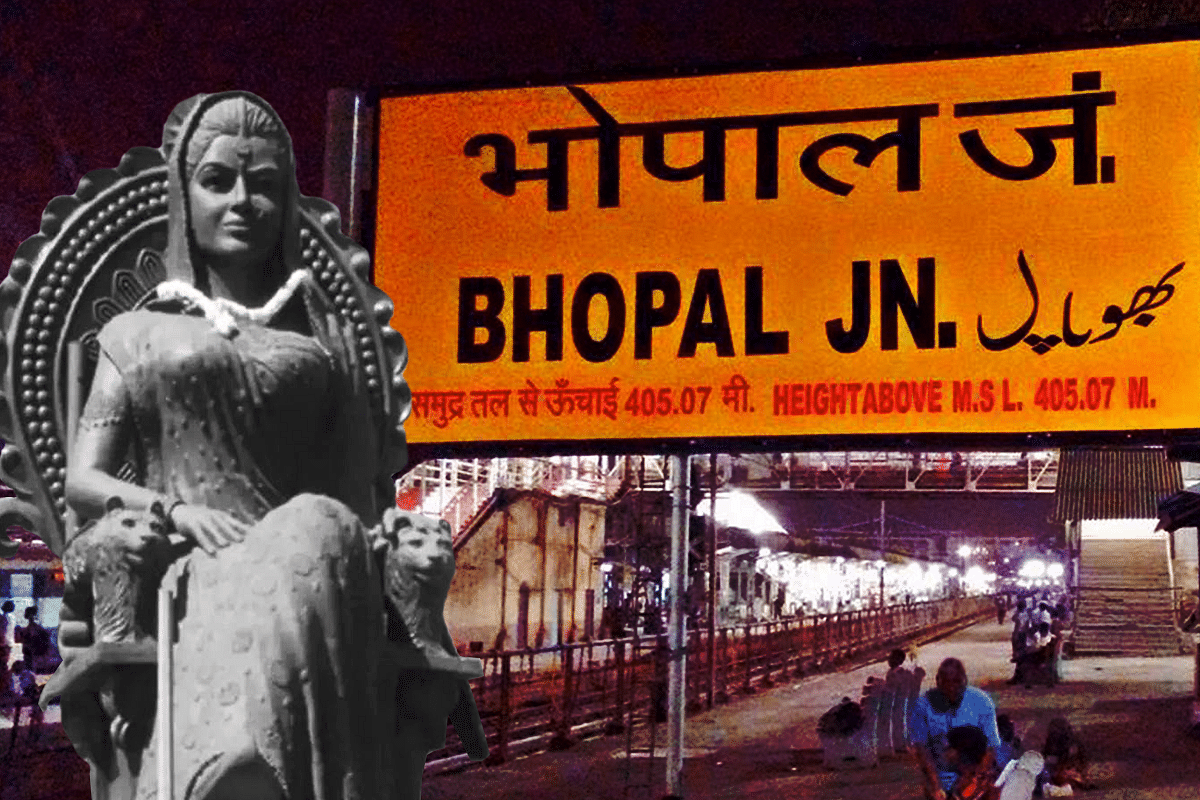 The changed names are linked to Rani Kamalapati of Bhopal

The name change was proposed by Bhopal MP Sadhvi Pragya Singh Thakur. "We are powerful enough to change the history of India by removing symbols of slavery," she had said while raising the demand.

While suggesting the name change of the Halalpur bus stand, she had said that "halal is an impure word" and should be removed.

For Lalghati she said that many brave heroes have been martyred here and for paying respects to them, the name should be changed.

The history of these names

Readers might remember that Bhopal's Habibganj railway station was renamed Rani Kamalapati station last year. The recent name changes are also related to the same queen of the city.

Rani Kamalapati came to Bhopal from Ginnorgarh after her husband Nizam Shah was killed by a relative. To take revenge, she appoints an Afghan killer Dost Mohammed Khan.

Kamalapati's army was defeated and her son was killed along with other warriors. It is believed that so much blood was flown after this battle that the ground turned red and hence the place was named Lalghati.

While Rani Kamalapati chose to end her life after this battle by taking jal samaadhi (drowning in water) in the lower lake of Bhopal, Khan captured all her palaces and treasure.

Khan doesn't stop here. He captured nearby Jagadishpur from the ruling Gond family and named it Islamnagar (this name still exists).

Author Vijay Manohar Tiwari cites the story from Shahryar Khan's The begums of Bhopal. Khan then calls the nearby Rajput feudal lords for a feast.

When they were drunk and fell asleep in the night, the Afghans killed (halal) them. Their blood-soaked bodies were thrown into the river. This river came to be known as Halali river and the dam on it is still called Halali dam.

The place which witnessed these murders was named Halalpura and the bus stand in this region got its name as Halalpur bus stand.

Thus renaming these two places marks a starting step against symbols of Islamic cruelty. A lot still needs to be done, as one can see from the continued usage of Islamnagar and Halali dam.