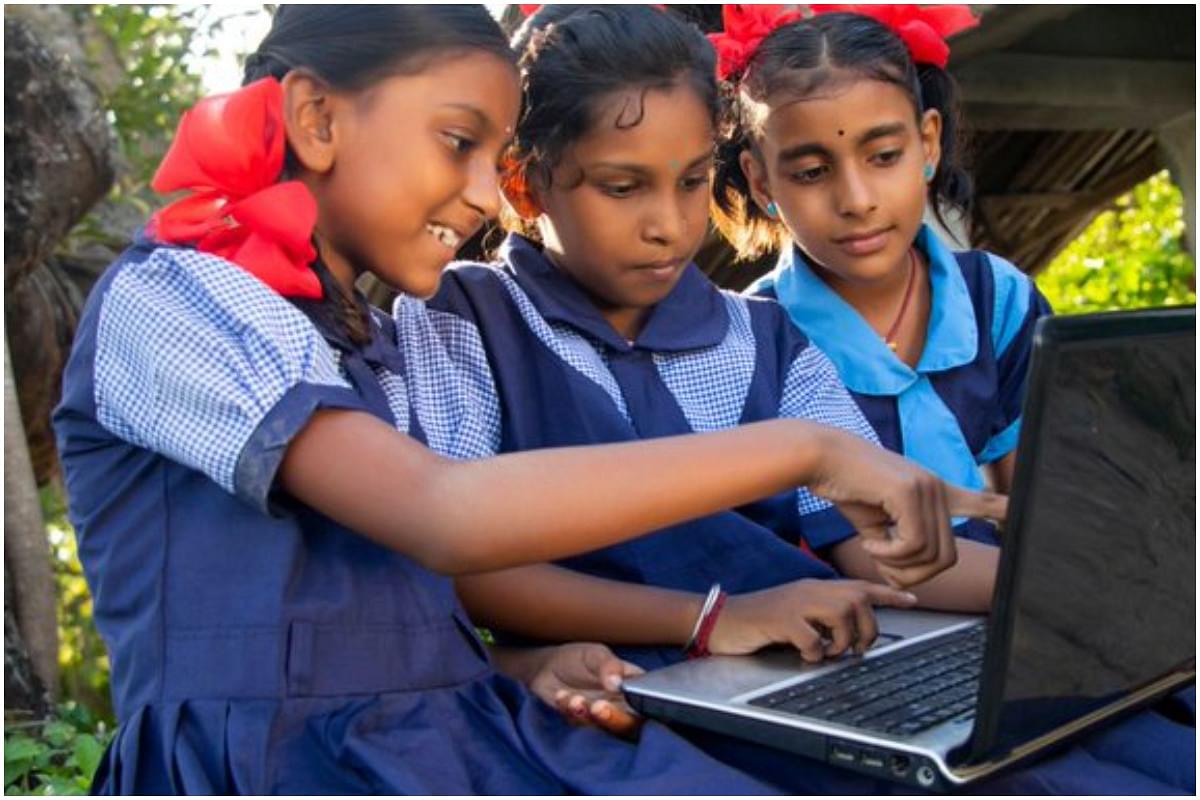 Three schooolchildren learning through a shared computer as not everyone has access to digital devices.

School closures have led to alarming inequities in learning opportunities for children in South Asia, despite significant efforts by governments and partners to expand remote learning, according to UNICEF research conducted in India, the Maldives, Pakistan and Sri Lanka.

School closures in South Asia due to the Covid-19 pandemic have interrupted the learning of 434 million children.

According to UNICEF’s research, a substantial proportion of students and their parents reported that students learnt significantly less compared to pre-pandemic levels.

In India, 80 per cent of children aged 14-18 years reported lower levels of learning than when physically at school. Similarly, in Sri Lanka, 69 per cent of parents of primary school children reported that their children were learning “less” or “a lot less.”

Girls, children from the most disadvantaged households and children with disabilities faced the biggest challenges while learning remotely.

“School closures in South Asia have forced hundreds of millions of children and their teachers to transition to remote learning in a region with low connectivity and device affordability,” said George Laryea-Adjei, UNICEF Regional Director for South Asia.

“Even when a family has access to technology, children are not always able to access it. As a result, children have suffered enormous setbacks in their learning journey.”

Despite significant efforts from governments, low connectivity and access to digital devices have severely hampered efforts to roll out remote learning.

Poor and disadvantaged households have been the worst hit, with many families struggling to afford even a single device.

Even when devices are available, UNICEF’s research indicates that they are often underutilized and that children’s access to them is often limited.

For example, in Pakistan, among children with access to devices, only about 24 per cent could use them when they wanted to.

The research found that student-teacher engagement, when regular and reciprocal, is a strong predictor of success in children’s learning, especially for younger students.

However, the surveys found that most students had little or no contact with their teachers after schools closed. In Sri Lankan private primary schools, 52 per cent of teachers reported contacting their students five days a week, but this number dropped to only 8 per cent for teachers from public primary schools.

“The safe reopening of schools must be considered an utmost priority for all governments. Parallelly, investing in teachers will ensure that teachers and schools can adapt to all situations. The more teachers are trained, equipped and supported on distance and blended learning, the better they will be able to reach all their students,” added George Laryea-Adjei.

School closures in South Asia have compounded a situation which was already precarious. Even before the pandemic, almost 60 per cent of children in South Asia were unable to read and understand a simple text by the time they were 10 years old.

Speaking on school reopening, Yasmin Ali Haque, Representative, UNICEF India said, "Going to school is a central part of children’s life. The prolonged school closure due to Covid-19 has caused many children to miss out on learning, social interaction and playtime, which are essential to their overall development and well being."

"Safe and gradual reopening of schools in the states of India is a welcome move as children learn best in person and this will help prevent further learning loss and alleviate some of the psychological stress they are facing.
The safety element is critical. Teachers, parents, children and communities can work together along with the government, to put in place the protocols needed for children to return to schools and learn in a safe environment.”