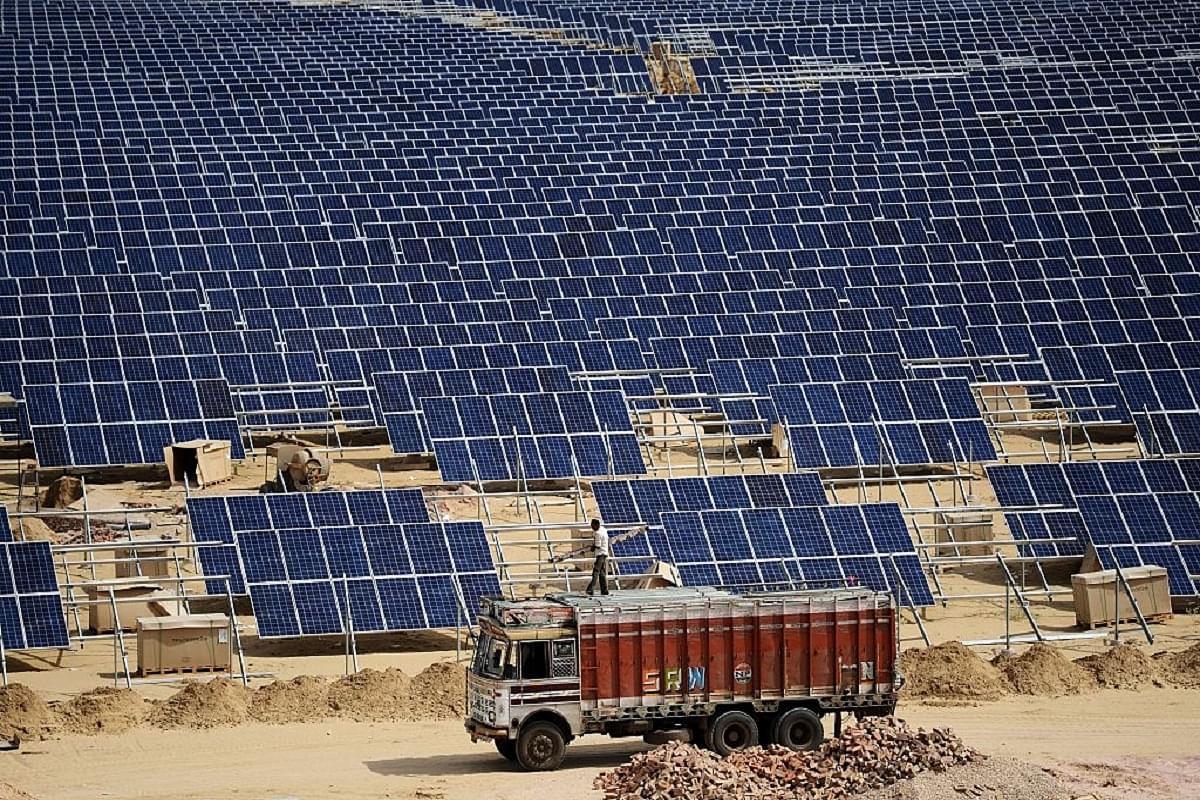 Reliance New Energy, Adani Infrastructure and Jindal India Solar Energy are among the companies that emerged as the lowest bidders for the Rs 4,500 crore production linked incentive (PLI) scheme of the government for solar manufacturing in the country.

The PLI scheme for solar manufacturing was approved by the Union Cabinet in April this year with a budgetary outlay of Rs 4,500 crore.

Adani Industries emerged as L4 bidder with a bid of Rs 3,600 crore.

According to the report, all the four bidders propose undertaking integrated manufacturing of polysilicon to modules of 4,000- mega watt (MW) capacity.

The selection of bidders under the solar PLI scheme has reportedly been made on three parameters - the extent of integration, proposed manufacturing capacity and the performance efficiency of the modules.

As per the report, PLI disbursement to the selected bidders under the scheme will start after one year of commissioning on an annual basis based on sales, efficiency of modules and local sourcing.

No PLI will be given if the selected bidders fail to fulfil commitments made under the selection criteria.

In total, 18 companies with a cumulative capacity of 54.8 GW had applied for the 10 GW scheme. The companies in the race included First Solar India that sought Rs 1,753 crore for integrated manufacturing of 3,000- megawatt (MW) capacity of polysilicon to modules.