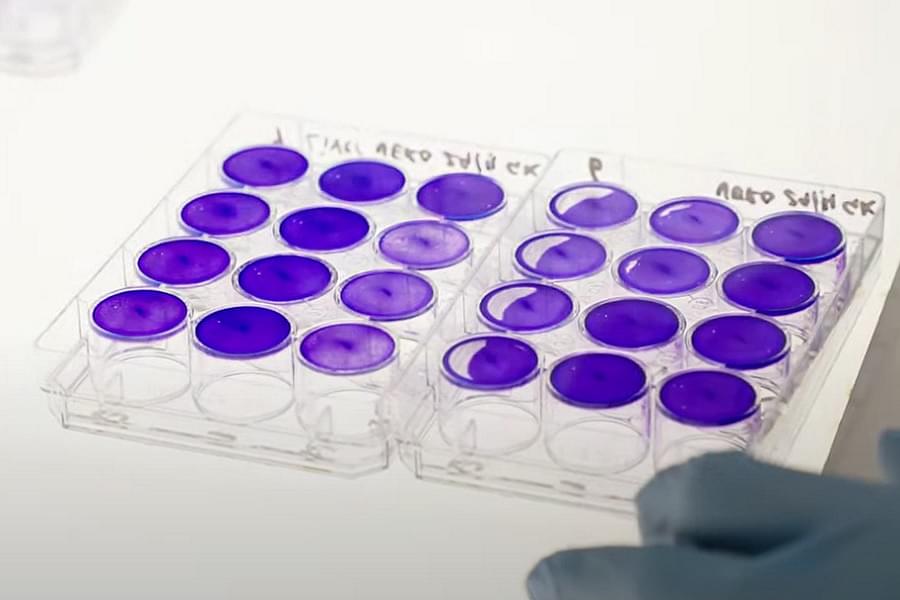 An international team of scientists, from Australia and the US, has developed an experimental direct-acting antiviral therapy that can reduce viral load by 99.9 per cent and may be a new treatment against Covid-19.

The new antiviral approach used gene-silencing RNA technology called siRNA (small-interfering RNA) to attack the virus' genome directly, which stops the virus from replicating, as well as lipid nanoparticles designed at Griffith University and City of Hope to deliver the siRNA to the lungs, the critical site of infection.

"Treatment with virus-specific siRNA reduces viral load by 99.9 per cent. These stealth nanoparticles can be delivered to a wide range of lung cells and silence viral genes," said co-lead researcher Nigel McMillan, Professor at Menzies Health Institute Queensland (MHIQ) at Griffith in Australia.

When tested in SARS-Cov-2 infected mice the treatment with the therapy improved survival and loss of disease. Remarkably, in treated survivors, no virus could be detected in the lungs, the findings published in the journal Molecular Therapy, showed.

"This treatment is designed to work on all betacoronaviruses such as the original SARS virus (SARS-CoV-1) as well as SARS-CoV-2 and any new variants that may arise in the future because it targets ultra-conserved regions in the virus' genome," added Kevin Morris, Professor and associate director of the Center for Gene Therapy at City of Hope.

Further, the researchers also showed that the nanoparticles are stable at 4 degrees Celsius for 12 months and at room temperature for greater than one month, meaning this agent could be used in low-resource settings to treat infected patients.

The results suggest that siRNA-nanoparticle formulations can be developed as a therapy to treat Covid-19 patients, as well as used for future coronavirus infections by targeting the virus' genome directly.

"These nanoparticles are scalable and relatively cost-effective to produce in bulk," Morris said.