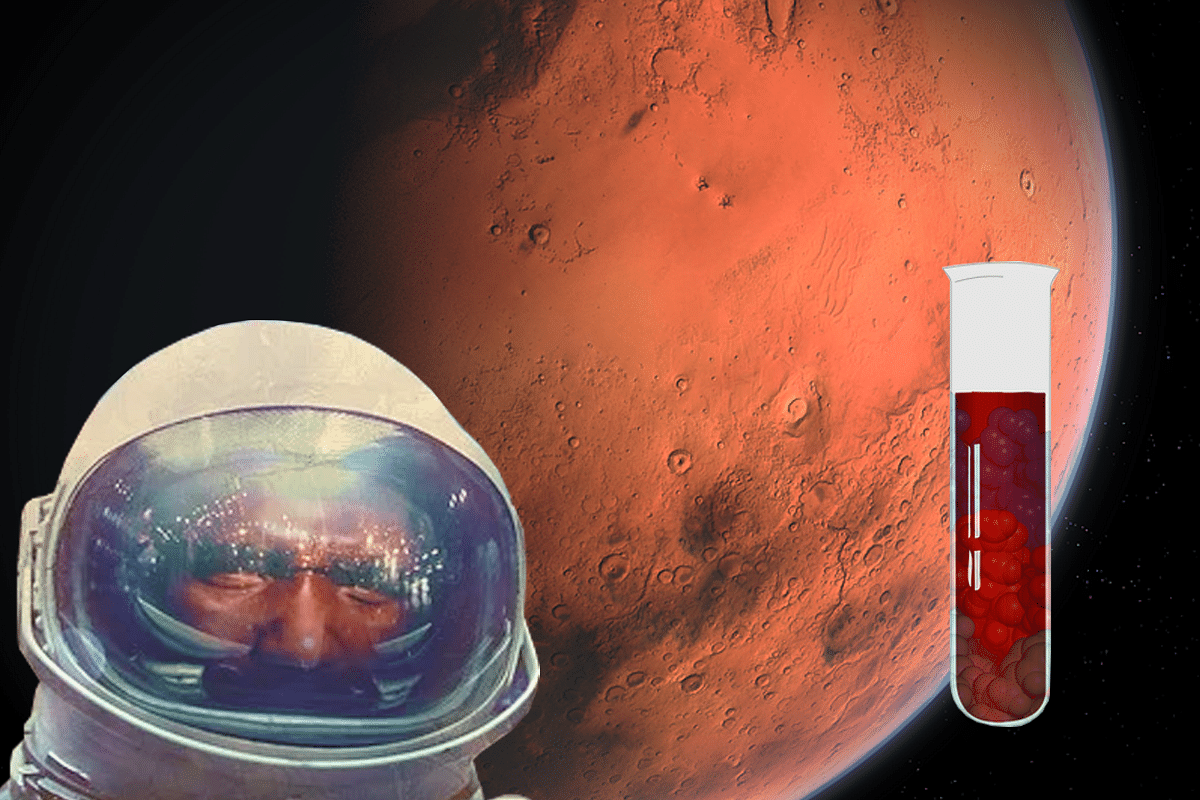 A crew of four private citizens have boarded a Crew Dragon spacecraft on 15 September and began a three-day journey around the Earth. It is believed that this mission, dubbed Inspiration4, will open the doors for humans to become multi-planetary species, and as all space travel enthusiasts know, the plan to send humans to Mars is already in process.

Now, according to the latest reports, scientists have created something which can be considered as a step ahead towards establishing a human colony on the Martian planet. They have developed a concrete-like material comprised of interplanetary dust, as well as "blood, sweat and tears of astronauts", which might make building a house on Mars much easier.

The talks about setting up a human colony aren't new, and SpaceX CEO Elon Musk has expressed his willingness to do the same on several occasions in the past. But The cost of transporting even a single brick to Mars is expected to be around $2 million. It means that future Martian colonists will have to rely on resources available on-site for construction and shelter.

But science has the solution for almost everything. In this case, according to scientists at the University of Manchester, hardy bricks can be made by mixing lunar or Martian dust with the human serum albumin, a common protein found in blood plasma and urea, a chemical found in sweat, tears and urine.

The lead author of the study, Aled Roberts, a researcher at the University of Manchester in England said: "Scientists have been trying to develop viable technologies to produce concrete-like materials on the surface of Mars, but we never stopped to think that the answer might be inside us all along."

Roberts and his team of experts used human serum albumin or HSA, as a binding agent in the lab to make experimental concrete with simulated lunar and Martian dust. This concept is not new since animal blood has been used as a mortar binder by various societies throughout history. In the study, which was published last week, scientists stated that the resulting "extraterrestrial regolith biocomposites" (ERBs) were about as robust as conventional concrete.

The scientists looked into the mechanics and found that when HSA proteins are mixed with the extraterrestrial simulant, they denature or "curdling" in a way that bonds the materials together. Termed as AstroCrete, the resulting material, has compressive strengths of up to 25 MPa (Megapascals), similar to the 20 to 32 MPa seen in standard concrete.

It was also discovered that adding urea to the mix, made the ERBs significantly stronger than concrete. The researchers believe that these unique biocomposites may be 3D printed, making their production easier on the surface of distant worlds.

According to the team of researchers: "If HSA-ERBs were utilized as a mortar and combined with a sandbag-based construction method, our calculations suggest that each crewmember — over the course of a 72-week Mars mission — could produce enough HSA to construct habitat-space to support an additional astronaut. This could allow the steady expansion of a nascent Martian colony."

However, the practical implementation of this innovation could be challenging. Obtaining the HSA would necessitate the collection of astronauts' blood regularly, and that could be stressful, given the stressors that settlers on the moon or Mars would already be subjected to. So the study researchers said that more research into the consequences of the regular blood donation process is needed to validate the notion.