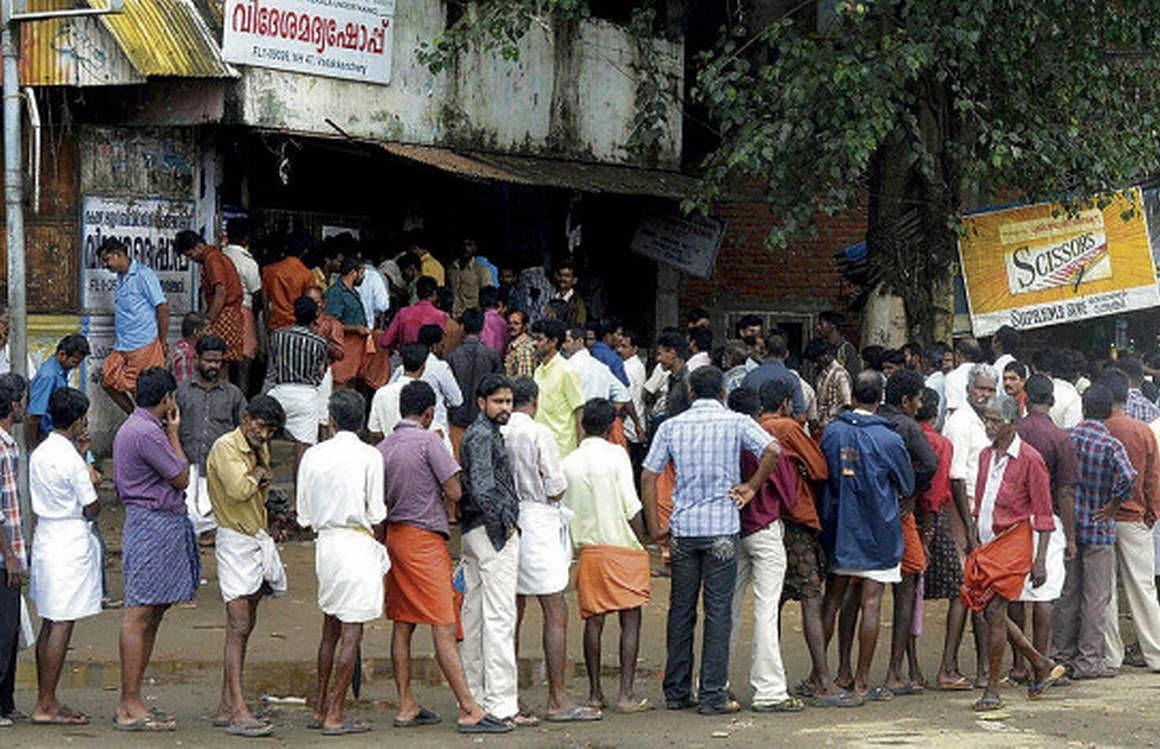 With suicide cases being reported from various parts of the state after liquor sales were stopped in Kerala following the nation-wide lockdown ,Kerala Chief Minister Pinarayi Vijayan's announcement that his government is making arrangements for regulated distribution of liquor for those suffering from alcohol withdrawal syndrome.

On Sunday (Mar 29), Vijayan has directed the Excise Department to provide liquor to those with a prescription from a doctor. The decision has raised serious ethical questions among members of the medical community.

On Saturday, in Kodungaloor in Thrissur district, a youth committed suicide by jumping into the river after suffering from withdrawal symptoms.

In another incident, a 38-year-old man working in a barbershop in Kayamkulam consumed shaving lotion after he didn't get alcohol. Though he was taken to hospital after he developed uneasiness, he died.

As per current norms, no medical practitioner is allowed to prescribe alcohol as a medicine to treat de-addiction. To circumvent this, Kerala government is planning to issue an ordinance permitting doctors to prescribe a certain dose of alcohol for those in critical condition.

Malayalam Manorama reported that the Kerala unit of the Indian Psychiatric Society (IPSK) has expressed serious concern over the proposal mooted by the chief minister.

In a letter to the CM,signed by its signed by IPSK president Dr Harish MT and secretary Dr Sebind Kumar, the organisation stated that “alcohol withdrawal can be managed successfully using medication.”

RequestING the government to reconsider its decision, letter also added “We feel that asking doctors to recommend alcohol to treat alcohol withdrawal syndrome will send a wrong message to the public. We worry that this will motivate many people to approach doctors to get ''prescriptions' for alcohol leading to fraud and malpractice. making a doctor recommend alcohol to a person is not ethical,”

According to the report, Kerala Government Government Medical Officers' Association (KGMOA) has also said that alcohol should not be used to treat withdrawal syndrome.

“The decision (to buy liquor with a doctor's prescription) is both unethical and impractical. There are scientific ways to treat those with severe withdrawal symptoms. Giving them liquor is not the solution. Equally problematic would be the large number of people who would crowd primary health centres and other government hospitals to get a prescription from the doctor. This would go against the very policy of social distancing. It could even trigger community transmission of the virus” its president Dr Joseph Chacko said:

Despite the complete shutdown announced in the state due to the rapid spread of coronavirus, the Kerala government had refused to shut down retail liquor outlets operated by the state-owned Kerala State Beverages Corporation (Bevco) . The government initially maintained that bars will be closed but will be allowed to sell liquor from their front counters.

Justifying the decision to keep the Bevco outlets open, the chief minister Pinarayi Vijayan even argued that shutting them could have serious social repercussions. To criticism from opposition on the decision to keep the outlets open, CM even pointed out the action of Captain Amarinder Singh-led Congress government in Punjab to include beverages in the list of essential items when as he announced that the state will go under complete lockdown.

The national-wide lockdown announced by the union government and media reports of unmanageable crowds outside Bevco outlets, forced the CM to relent.

Critics attribute the reluctance not to close down liquor shops to state’s heavy dependence on liquor sales for revenue. With complete monopoly of state over liquor business in the state, total annual turnover of liquor sales in Kerala during 2018-19 reached an all-time high of Rs. 14,508 crore and the revenue of the government from state excise during the period was Rs. 2,521 crore.

The revenue estimate from state excise for the current fiscal ending this month is Rs. 2,609 crore.

Even when Kerala was reeling under floods in 2018, reports emerged that the state consumed liquor worth over Rs 500 crore in during that 10-day period