Shamli Man Who Converted To Hinduism Alleges Repeated Attacks By Neighbours; No Action By Police 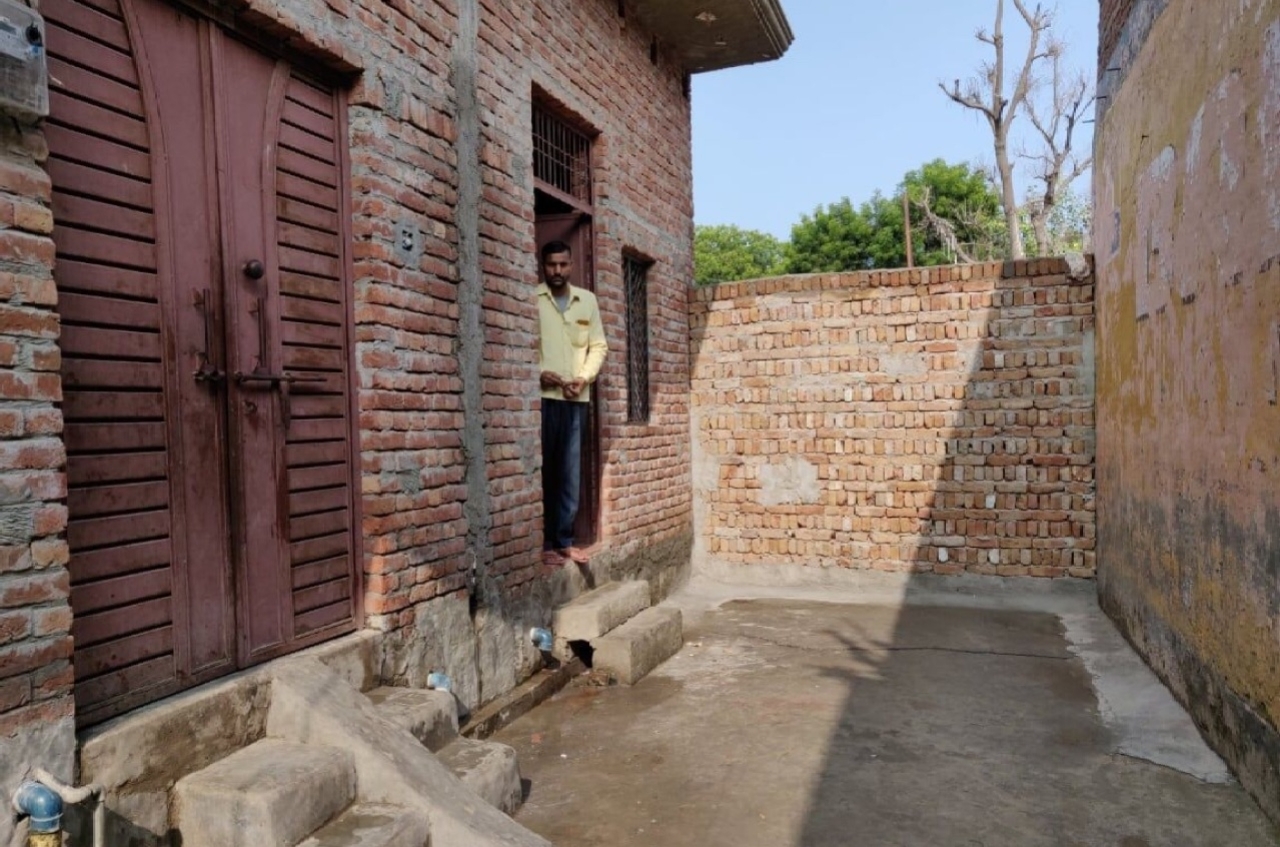 Saleem at his residence on 29 November/Swati Goel Sharma

A Muslim family in Uttar Pradesh’s Shamli district has been allegedly attacked by their neighbours for a member’s decision to convert to the Hinduism, for the second time in a week.

On 25 November, 31-year-old Saleem gave a written complaint to the local Shamli police station that he wanted to “return” to the religion he was born in, but some people in his colony are threatening to kill him and his family for his decision.

A week later, he has given another complaint to the police, alleging a second attack, and claiming that his neighbours are trying to not only harm his family but also frame him in a false rape case.

In his first complaint, Saleem did not identify the alleged attackers. When this correspondent visited his house on 29 November, his wife Wajida said it was a group of six-seven men accompanied by their neighbour Asma.

She said the group barged into her home around 10 am on 25 November when Saleem was in the district court to submit an application for change of religion. The couple’s five children were also at home.

“You sister-f*****s, we won’t let you live in this colony. This Hindu Muslim thing will not be allowed here,” the men said, as per Wajida, who is 28.

Saleem said the police did not file a first information report (FIR) that day. Instead, a cop visited his colony and told both sides to stop creating a ruckus.

In his second complaint on 2 December, addressed to the Shamli Superintendent of Police, Saleem has identified the alleged attackers as Asma and her husband Kalu, along with Mehtab, Aftab, Kala, Sahib, Jahid and Sahima.

The letter says that Saleem has converted to Hinduism as per his free will, but the group has been harassing his family almost every day. They barge into his house whenever he is away, and pass objectionable comments.

They abuse the Hindu religion, piss outside his gate and even throw garbage in the direction of his house. Asma not only abuses Wajida but also threatens to frame Saleem in a false rape case.

The complaint alleges that some cops at the Shamli police station are close to Asma and favour her. The letter appeals to the SP to provide him security and take action against the attackers.

The official handle of Shamli police, replying to a query by this correspondent, said that the circle officer of Shamli has been directed to take action in the matter and provide the family with protection.

Saleem, however, says that no one from Shamli police station has approached him after the complaint.

Saleem, a resident of Nai Basti in Shamli, was born in Kairana town in a Hindu family of Jat caste. He was converted in 2003 by a local named Sabdar when he was a minor. He says that now that he is a major, he wants to be a Hindu again and called by his original name, Susheel.

His wife Wajida told this correspondent that she was willing to change her religion and name on records in support of her husband, but would continue to follow her own faith personally.

Susheel’s parents died when he was around seven. Disowned by his relatives, he was taken in by a local man, Sabdar, as a conductor. Sabdar named him Saleem and, when Saleem turned 15, he arranged his nikah with Jharkhand-resident Wajida.

Saleem says that after his marriage, he shifted with Sabdar’s family but after three months, was asked to leave. For a decade now, Saleem has been working with another man as a truck driver and was not in touch with Sabdar anymore.

Get Swarajya in your inbox everyday. Subscribe here.
Tags:
707 Shares