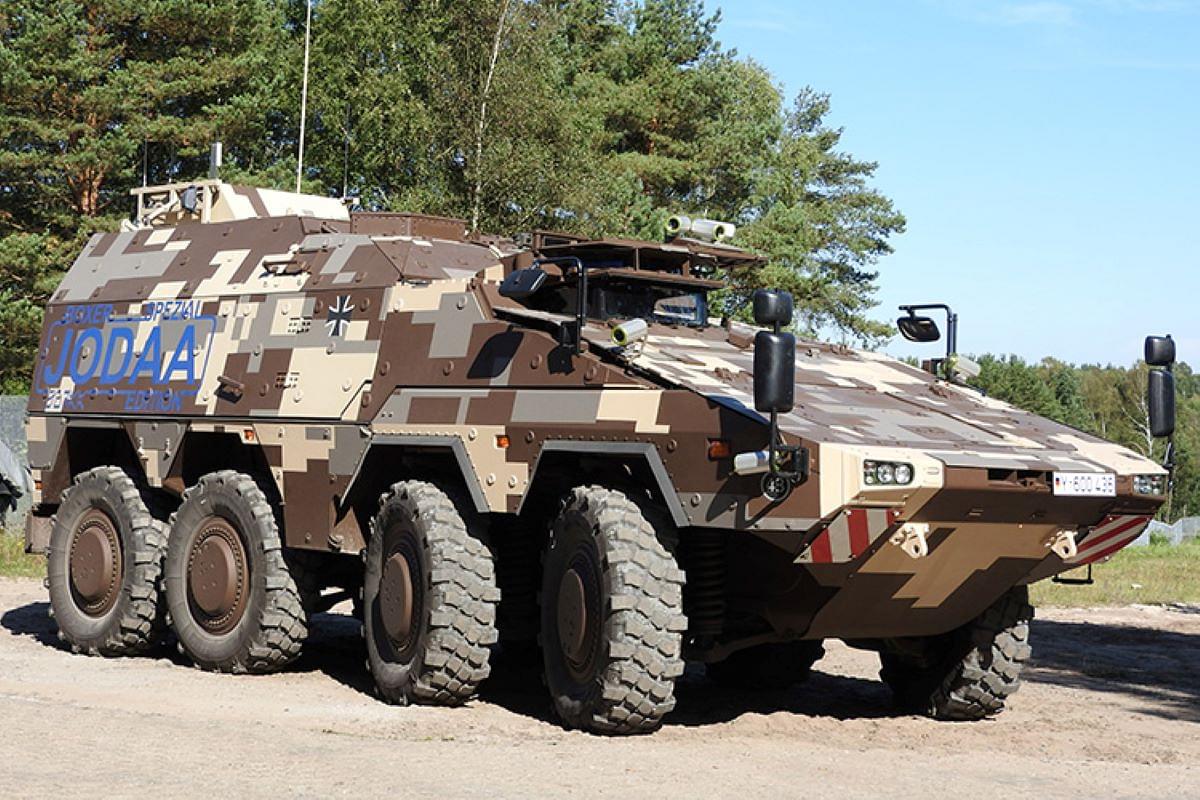 The share prices of defence companies in Europe and the United States surged on Monday (Feb 28) after Germany unveiled plans to boost its military spending by committing €100 billion ($111 billion) into a fund.

German Chancellor Olaf Scholz announced on Sunday (Feb 27) that defence spending in Europe's biggest economy will be increased to 2% of gross domestic product, from an estimated 1.53% in 2021.

Shares of Dusseldorf-headquartered Rheinmetall AG, which makes tanks and armoured vehicles for NATO surged 31% in Frankfurt.

Thyssenkrupp, which is a leading player in the submarine market through its marine division, also posted an 8% gain in shares

The shares of BAE system, Britain's largest defence firm which has a joint venture with Rheinmetall, also rose by 14%.

Raytheon and Northrop Grumman were up about 3.0% and 6.0%, respectively.

Defence stocks have come under pressure in recent years in the face of increased investor focus on ESG issues, though the crisis in Ukraine could lead to a rethink.

The rise of environmental, social and governance investing (ESG) has adversely impacted defence companies as banks and financial institutions have largely shunned these firms.

Germany's decision is a decisive departure from its long-held position of refraining from military spending.